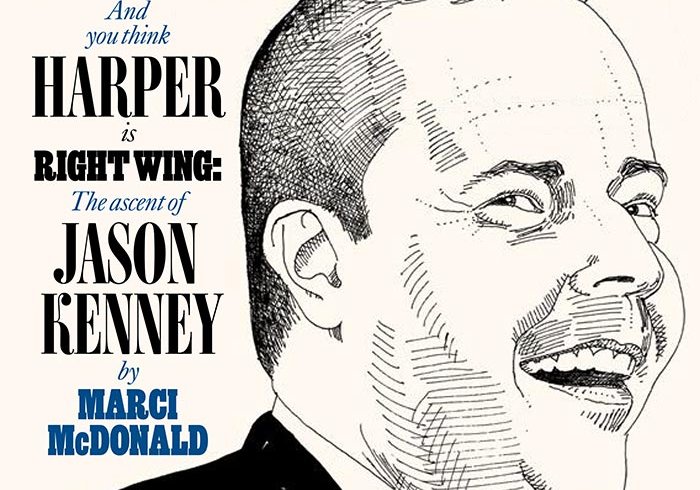 Some of you may disagree, but I for one welcome the return of Frank magazine, which ceased publication after nineteen years in 2008. Satire is in short supply in Canada. Americans have The Daily Show with Jon Stewart and The Colbert Report, which draw millions of viewers four nights a week. By comparison, the Rick Mercer Report and This Hour Has 22 Minutes, being weekly and seasonal (twenty or so episodes a year each), attract tiny audiences. Nor is there a Canadian equivalent for South Park, the sardonic animated sitcom that returns to Comedy Central this fall for its eighteenth season. Arguably, we produce more than our fair share of satirists (Stephen Leacock being among the early ones), but we tend to export them. Think Mike Myers and Martin Short. Think Lorne Michaels.

It was another Canadian expat, Graydon Carter, who, with American Kurt Andersen, launched Spy magazine in 1986. They were doubtless inspired by National Lampoon, a spinoff of a Harvard magazine founded in 1876; and by Private Eye, the irreverent British fortnightly renowned for its parodies of politicians, journalists, cultural figures, even the royal family (derisively referring to the Queen as “Brenda” and the Duke of Edinburgh as “Keith”). But Carter, now the editor of Vanity Fair, and Andersen, a novelist who hosts a weekly public affairs program on NPR, created a smarter, more stylish magazine. Spy asked newly elected representatives their opinions on the situation in Freedonia, a make-believe country borrowed from a Marx Brothers movie. It sent billionaires cheques for $1.11 (US) to see who would cash them (Rupert Murdoch, for one). It also produced wickedly funny covers: Hillary Clinton dressed as a dominatrix; Newt Gingrich nude from the waist up, a pair of hands hiding his breasts, à la Janet Jackson on the cover of Rolling Stone; JFK as a drag queen.

Frank, a biweekly launched in 1989 by Michael Bate and David Bentley, was modelled on a Halifax magazine of the same name. While neither as slick as Spy nor as witty as Private Eye, it was equally ruthless—and, more to the point, it was ours. The people it mocked and parodied (“wankers,” “braunnosers,” and “over-refreshed fartcatchers”) were Canadian. The magazine took evident delight in reporting that a cabinet minister was doing “the horizontal mambo” with his executive assistant. Among its favourite targets were “the Puffster” (Mike Duffy), “Tubby” (Conrad Black), “Jean Crouton” (Jean Chrétien), and “Byron Muldoon” (Brian Mulroney). Because the line between good taste and bad is invisible, even responsible journalists sometimes cross it. But no one ever accused Frank of worrying about taste. In 1991, it created a fake contest that invited young Tories to “deflower” Mulroney’s daughter, Caroline.

The magazine made news in a big way in 1995 when it was sued for $600,000 by the aforementioned Duffy, then in Frank-speak a “bingo caller” at CTV. He apparently took exception to a story titled “Mike Duffy: Fat-Faced Liar,” which reported that he told an Ottawa phone-in show he was calling from Duke University’s Center for Canadian Studies when he was actually attending a weight loss clinic in North Carolina. During the discovery process, Duffy claimed that then prime minister Chrétien had told him Frank was the reason he (Duffy) had not been awarded the Order of Canada, an indiscretion that forced him to settle out of court for $30,000. Later, Frank fell on hard times, expiring the year Stephen Harper appointed Duffy to the Senate—a decision that ended badly for both parties.

Satire is as old as civilization, because it satisfies a human need to give voice to dissent. More than delivering laughs, the satirist wants to change the world. “A Modest Proposal,” in which eighteenth-century Irish peasants are encouraged to sell their children as food for the rich, was Jonathan Swift’s response to the English aristocracy’s indifference to the suffering of the poor. In Huckleberry Finn, Mark Twain mocked the values of the antebellum South by creating a hero who believes helping a runaway slave is sinful—in other words, that right is wrong—because society said so.

Under authoritarian regimes, satirists are persecuted: Hitler executed them, and Stalin sent them to the gulags. Democratic societies are more tolerant, although no one likes being ridiculed. The satirist is the canary in the coal mine of democracy, proof that freedom of speech truly exists. So yes, while I acknowledge Frank‘s many shortcomings—its inaccuracies, its lapses in taste, its amateurish appearance—I nevertheless believe we are the better for having it. And I write these words with the certain knowledge that, now that it has returned, neither I nor this magazine will escape its withering gaze.

John Macfarlane is the editor and co-publisher of The Walrus.
Joren Cull