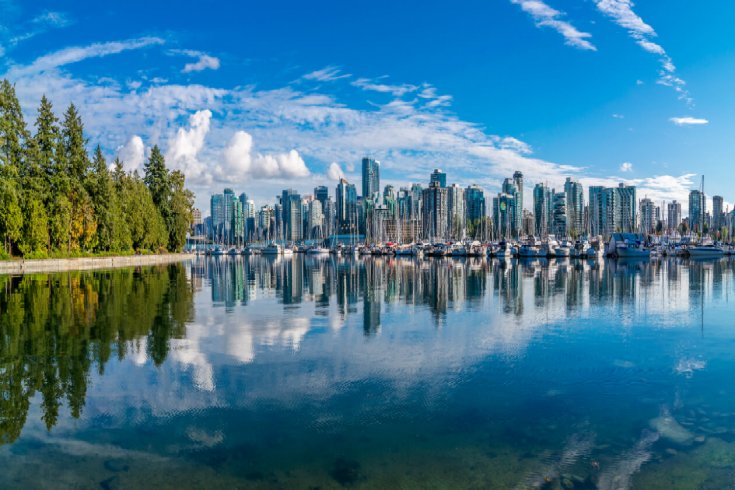 When BC premier Christy Clark announced that foreigners would be charged a 15 percent tax on real estate purchases, Vancouver residents who’d been grumbling for the last year were left dumbfounded. With an electorate accustomed to political leaders working hard to ignore the problem, the decision went beyond wildest expectations.

The real estate industry routinely trivialized foreign buying as representing a mere 5 percent of the market, and the province echoed its claim. But before the tax was introduced on July 25, government data showed that foreigners had purchased close to $1 billion of Metro Vancouver real estate over a five-week period beginning June 10. The data was sound, said finance minister Mike de Jong. We officially had a problem.

In the week that led up to the rollout, foreign buying went into turbocharge. Lawyers and notaries worked overtime to help their clients dodge the tax before it came into effect August 2, just before the BC Day long weekend. Over a two-day period, more than 15,000 transactions went through the land title office—86 percent of the buying happened in Metro Vancouver. For the buyer, it was well worth the effort. If they were purchasing a typically priced house on the city’s west side for $2 million, it meant saving an extra $450,000.

Vancouver residents have been praying for a crash. A poll showed 42 percent would like to see house prices fall by at least 30 percent.

According to one of Vancouver’s top-selling west side agents Bryan Yan, the overheated market is now barely breathing. Yan, who’s never denied foreign buying, says one of his clients figures his house has dropped about $300,000 since the tax was implemented. The buyer paid more than $500,000 several years ago, and now frets that he would be lucky if he got $1.7 million. “Everyone is sitting on the fence,” Yan says. “August will be like a cemetery. The BC government just took away 15 percent of the gains from all the sellers and homeowners and put it into the government coffers.” Judging by a public opinion poll, those sellers and agents won’t get much sympathy. After all, residents have been praying for a crash. An Angus Reid poll showed 42 percent would like to see house prices fall by at least 30 percent.

Was Premier Clark’s decision politically motivated? She would have known her chances of winning the May 2017 election were diminishing with each massive hike in property prices. The little teardowns selling for upwards of $5 million had become stock social media memes. Each absurd house sale became another reminder that our elected officials were actively choosing to do nothing at the expense of residents.

Did the premier finally pull the plug on the party because she saw the data and realized the size of the problem? “Not a chance,” says Martyn Brown, a former chief of staff for ex-premier Gordon Campbell who’s been openly critical of the current Liberal government’s handling of the affordability crisis. “I have no doubt,” Brown says. “She is a political animal through and through. She’s motivated by polls and getting re-elected, and by power. Basically, Christy Clark and her advisers said, ‘This is what we are going to do because otherwise we will lose the election.’”

Clark scored instant political points: the Angus Reid poll showed 90 percent of Greater Vancouver residents supported the new tax. But many already know, it’s not as if houses are going to be affordable again any time soon. The poll showed 42 percent believed the tax wouldn’t be effective in cooling off the market, and 71 percent believe foreigners will easily find legal loopholes to get around the tax. This belief was instantly supported when a real estate agent posted some of those loopholes on Facebook. It’s also a case of closing the barn doors too late: 82 percent say government should have done something sooner. Brown concurs: “I think they were negligent to allow it to go as far as they did. They largely created the problem by denying there was one.”

Immigration lawyer Richard Kurland has zero faith that the tax will slow the market, and agrees there are obvious loopholes that will make it ineffective. The foreign money will continue to flow into the Vancouver market, and the focus instead should be on ensuring that everybody is paying their fair share of taxes, he says. Kurland has studied the problem intensely, and says that overseas buyers have been realizing major gains since around 2012. That 30 percent or so gain was especially lucrative because it was tax free, earned outside of China and unreported. If they bought with a mortgage and only put down 25 percent, those gains are even greater. Chinese businessmen earned “bragging rights,” he says, about their huge Vancouver real estate profits when they went back to work in China, which intensified demand as other Chinese sought to do the same. This powerful group of rich property buyers concentrated on high-end properties and their buying spree pushed prices up throughout the region.

The way to offset the high prices of offshore demand, Kurland says, is “so simple it’s just frightening.” In fact, government already has the legal means to do it. The question is one of political will, and it focuses on taxing the money, not the nationality of the buyer.

Canada’s income tax act already says that if you are a non-tax-resident selling Canadian property, you must file a Certificate of Compliance with Canada Revenue Agency within ten days of the sale. The CRA will require a 25 percent withholding tax of the net capital gain on the property. The seller files a non-resident tax return at the end of the year and gets a refund, and the CRA takes their share. Kurland argues that all the province needs to do is require sellers to show their Certificate of Compliance. If they don’t have a certificate, the withholding tax of 25 percent kicks in. However, nobody is collecting the information as to whether the sellers are tax residents or not, so the law is not enforced, says Kurland. If it was, it would turn off overseas speculators. “By the time the CRA catches up, the guy is no longer in Canada. The entire design is frustrated because the province refuses to collect information on tax residency. It tilts the scale the opposite way—foreigners are advantaged over Canadians.”

One side effect of BC’s new assault on foreign buying is that the money will become somebody else’s problem. Toronto is the obvious next target, and that city should take heed. Nothing good comes out of a real estate market where the locals are shut out. And if a government doesn’t intervene, the consequences can be irreversible. BC could follow Hong Kong’s lead—they bar foreigners from buying in certain neighbourhoods in order to protect prices for locals. Kurland is all for that idea, and believes it’s a logical way forward. In fact, he thinks increased wealth-based immigration will be necessary in order to foot the massive bill required to house local residents. “The only way I see changing the situation is a zoning issue—create areas where foreigners can’t buy.”

Cameron Gray ran the housing programs for the city from 1991 to 2009. As locals get pushed out of the city because of high prices driven by the global economy, he also sees a dramatic new action in order for the city to keep its employee base. “If industries not related to construction and development can no longer hire employees, then suddenly, Vancouver becomes what—a suburb that’s a ten-hour commute from Shanghai?” he says. “There could be a fairly dramatic shift, where government has to build housing for them. That’s not uncommon around the world in downtown areas that have become exclusive to the very rich and also to the homeless and very poor.”

If Vancouver is to function, the provincial government needs to make the growth pay for itself. It needs to impose taxes to glean a portion of the wealth off property owners who pay income taxes elsewhere. Kurland’s idea that they produce a Certificate of Compliance is one way. A group of university economists has proposed 1.5 percent surtax on investment properties that are left empty, owned by people that pay little or zero income tax. Seniors, disabled people, and veterans would be exempt. That money could go toward the public housing that British Columbians will increasingly come to depend on, much the way that Hong Kong residents depend on it. As the least affordable city in the world, nearly half of Hong Kong residents live in public housing towers. As the second least affordable city, Metro Vancouver-area residents will increasingly depend on public housing, too.

If the government wants to retain the creative and professional class that makes any city tick, it’s going to have to find ways to finance public housing to make up for the market housing that has been permanently lost to the global market. The push for public housing will become a priority. That’s the price BC pays for encouraging the inflow of foreign money at an irrevocable cost to its citizens.

All agree there will be a cooling off in Vancouver over the next year. You might soon be lucky to find a house on the west side for less than $1.7 million. I’m already seeing the odd listing on the east side for less than $1 million, which was unheard of a few months ago. But we won’t see a sudden supply of housing within reach for the $76,000 median household income. And because the condo market is exempt from the controversial practice of shadow flipping, speculators will continue to play a key role in keeping prices high and units empty. For example, it would be easy for a speculator to purchase a presale condo—routinely marketed straight to buyers in China—and flip it before the closing date a couple of years later, which would mean skirting the 15 percent tax. Developers often have a stipulation in the purchase contract that they get a cut of any profits from flipping. That helps explain why foreign money is so key to Vancouver. It’s not about to come to a complete stop. What would the economy do without it?

Kerry Gold (@Goldiein604) reports on real estate for the Globe and Mail.