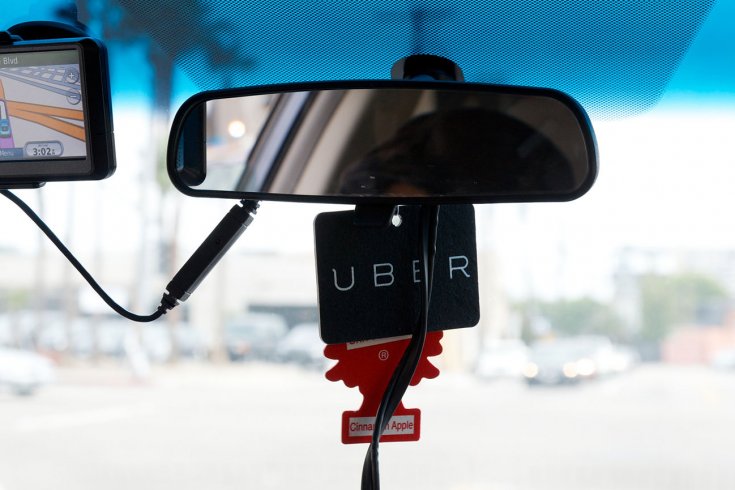 Earlier this week, as police in Sydney, Australia were surrounding a café where a mentally unstable man with a shotgun had seized dozens of hostages, the rates charged by the city’s Uber drivers shot up by a factor of three. Australians were outraged by what some denounced as “price gouging.” When Twitter lit up with complaints, Uber—the app-based transportation network that connects riders to drivers via their smartphones—entered damage-control mode, paying the costs of all riders fleeing Sydney’s central business district.

It was smart PR: When a city is in a state of terrorized panic, even corporations are expected to display a spirit of selflessness and solidarity. But Uber had no legal or moral obligation to pay for anyone’s ride. The company is quite upfront about its “surge pricing” business model. When demand spikes (during a snowstorm or a mass-transit outage, for instance), an algorithm automatically jacks up rates, which in turn draws more Uber drivers onto the roads, thereby giving everyone faster (albeit more expensive) service.

In other words, surge pricing is just microeconomics at the simplest undergraduate level. And the system works beautifully—which is why, in the space of a few years, Uber and other ride-share companies have made the old-school model of a fixed pool of city-registered taxis charging set rates seem absurdly obsolete. The problem for Uber is cultural acceptance of this massive change to an established industry. As the Sydney example illustrates, many of us simply haven’t yet been conditioned to accept the laws of supply and demand being applied in such an up-close-and-personal way.

The episode is part of a larger learning process for Uber, whose brain trust originally seems to have imagined that the sheer popularity and usefulness of its “ride-sharing service” (don’t call it a taxi company) would make conventional public relations unnecessary. In some cases, Uber’s top executives have made arrogant, tone-deaf statements about the company’s critics and competitors. As New York Times columnist Joe Nocera described in a widely shared column, Uber “appears to be a company run by juveniles.” None of this has halted the company’s stunning expansion. (As Nocera himself admits, “if you live in a place like New York City, Uber is a godsend.”) But as the company faces regulatory scrutiny in cities across the world, Uber executives have belatedly realized that they need to present themselves as good corporate citizens.

Uber Toronto general manager Ian Black is doing his part. Taking the podium at a small, by-invitation-only Canadian Club lunch at the Delta Toronto hotel on Tuesday, he didn’t come across as anything close to “juvenile.” Just the opposite. He promised that Uber would become a more “humble company,” and one that would be a constructive and willing partner in finding “progressive legislative solutions” that ensure “comfort and safety” in the field of urban transportation. (Full disclosure: I attended the lunch as a non-paying guest of Uber.)

In his speech, Black spoke to his suit-and-tie business audience in a language they would understand. Uber would be creating a million jobs globally in 2015, he predicted—15,000 in Ontario alone: “We can’t find another Ontario company [that will be] creating more jobs.” (Think about that for a moment—we’re talking about a company that didn’t even have a Canadian division until 2012.)

Then Black left the numbers behind and entered the realm of human interest. He spoke of “Faraz” from Mississauga, who’d gotten laid off from his job, but was managing to feed his four children with part-time Uber earnings while he retrained for a new career. He spoke of “Sarah,” a part-time supply teacher who used Uber to support herself while she “continued to pursue her dream of becoming a [full-time] teacher.” Black also described a special Uber program that provides employment to military veterans and their families, run in partnership with the True Patriot Love Foundation.

On the policy front, Black had something for everyone. “We’ve taken a broken taxi system and fixed it,” he said. In Uber-serviced cities, he claimed, drunk driving is reduced by 10 percent, because drunks can easily get a safe ride home. There’s less crime, because Uber’s payment system is entirely cashless—in contrast with your typical old-school cabbie, who ends his twelve-hour shift with a thick sheaf of twenties in his pocket. Moreover, Uber’s “data scientists” (I love that term) have determined that the company might be able to take as many as half a million cars off Toronto’s roads through Uber-mediated carpooling.

“UberPool,” as this new service is known, hasn’t come to Canada yet. But it promises to be a game changer. “With UberPool, you share a ride—and split the cost—with another person who just happens to be requesting a ride along a similar route,” the website explains. “The beauty, though, is that you still get Uber-style on-demand convenience and reliability: Just push the button like before and get a car in five minutes. When we find a match, we notify you of your co-rider’s first name.”

Out of everything that Black said in his presentation, this one struck me as the real difference maker. Leftists have always had doubts about Uber for at least two reasons:

But progressive urbanites also are (rightly) fixated on the goal of getting cars off the road—or, at the very least, making suburban commuters pay the true social and environmental costs of driving a ton or more of gas-powered steel back and forth into urban cores. Carbon taxes and road tolls are economically sensible but politically unpopular. And conventional carpooling has never really taken off because of the transaction cost associated with organizing them.

Until now. Whatever else may be said about Uber, there is no doubt that it has become the true global leader in the art of instantly connecting human and car for on-demand short-haul travel. And if Uber really does manage to take 500,000 cars off Toronto’s roads through carpooling, it will do more to reduce Canada’s carbon footprint than all of the top-down environmental schemes floated in this country put together.

Now that’s an Uber the left could love.