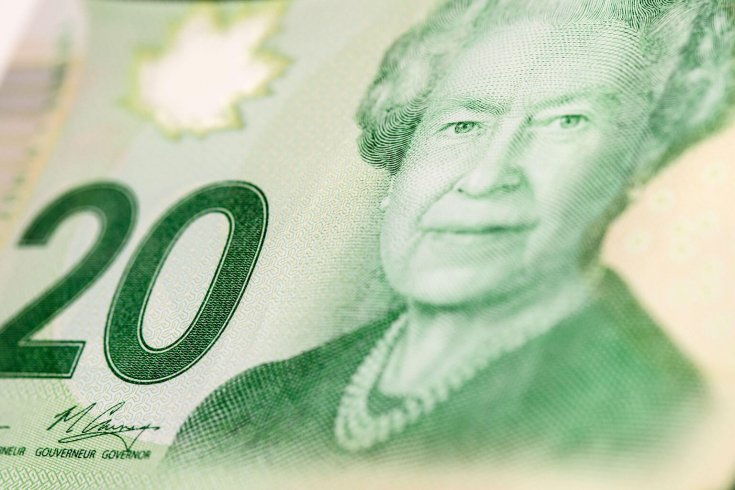 Universal basic income, in the world of public policy geeks, is a bit like drones in the world of techies. Right at the moment, it’s hard to tell whether they’re the trendy obsession of a few wonky tinkerers, or the future of the world. The idea is so simple and so grand that it sounds like something a teenager might propose—“what would happen if we just gave everybody free money?” And yet versions of universal basic income are currently being tried out in countries with the most effective and innovative public services in the world. The city of Utrecht, Netherlands, has just begun a guaranteed income program; Finland is undertaking its first unconditional income supplements. Canada is now set to follow them.

On February 4, the province of Quebec appointed François Blais, author of 2002’s Ending Poverty: A Basic Income for All Canadians, minister of employment and social solidarity, with the explicit task of working on a guaranteed minimum income. The Ontario Ministry of Finance in a note on the 2016 budget announced plans for a pilot project. The idea will, most likely, dominate the federal Liberal Party convention in Winnipeg this May.

Universal basic income is an untried solution to a pressing problem, which is that government services no longer respond adequately to the economic order we inhabit. In 2013, the largest study of automation ever undertaken estimated that “47 percent of total US employment is at risk,” mostly because of artificial intelligence. The antique morality that connects government assistance to the pursuit of employment is increasingly out of touch with basic economic reality. Social security is set up to protect mainly older people, who are by far the richest group in Canada and everywhere else for that matter. The current system increasingly appears not just inefficient but silly.

The most obvious reason that Canada is ripe for experiments in UBI is that the current government is bold and progressive and willing to take risks. “Creating a Basic Annual Income to be Designed and Implemented for a Fair Economy” was one of the “priority resolutions” of the 2014 Liberal Convention in Montreal (though not on the 2015 election platform). Under the tax plan proposed by the Liberal government during the campaign, the child credit for working class families will start at about $6,000 per child. The truth is that, as it stands, we already have universal basic income for people under the age of twelve and over the age of sixty-five. An explicit policy of universal basic income would merely extend that security over the course of a citizen’s whole life.

It is no surprise of course that progressive forces would want an expanded safety net. But it is the peculiar nature of Canadian conservatism which means the idea might actually fly. Unlike in America where individual liberty is the definition of the right wing, or Britain where austerity has taken on the force of a religious conviction, Canadian conservatism—during its most recent decade in power, and earlier too—has never attempted, in any serious way, to roll back the welfare state. Ultimately, Canadian conservatives want a disciplined government, an efficient government, but they don’t argue that government should serve a role in people’s lives. Former Conservative senator Hugh Segal is one of the most enthusiastic proponents of the idea of universal basic income.

Basic income has traditionally appealed to right wing thinkers—Friedrich Hayek was a fan—almost as much as left wing thinkers. It puts money directly in the hands of citizens rather than in the hands of government functionaries. In Canada, basic income would cut down on the vast inefficiencies of a bloated bureaucracy. Current welfare programs in Canada attempt to provide a whole range of services that government is in no way suited to provide, in various attempts to mollify the brutalities of the marketplace or to delay the disruption technology is inevitably bringing with it. An entire system of corporate welfare exists to keep jobs where they don’t want to be. And none of it works of course. Inequality, with all its concomitant misery, keeps growing.

Canada is uniquely positioned to try basic income because, despite the fractiousness of the last election, there is, at least relative to other countries, consensus on a national vision. The right, mostly, believes in public health care and education. The left, mostly, understands that business must flourish for the country to flourish. Liberals and Conservatives both govern with the combination of a sense of social responsibility and a belief in robust capitalism. UBI is the logical conclusion to that national consensus. A key feature of UBI is to clarify the roles and to ensure that everybody does what they do best. Leave businesses to make money. Let government redistribute and run the services that government can run best. Let poor people use the money as they see fit.

The very first experiment in universal basic income was Canadian—the famous Mincome experiment undertaken between 1974 and 1978, later the subject of Evelyn Forget’s seminal 2011 study “The Town with No Poverty,” which in large measure helped to revive UBI as an idea in the first place. Canada is ahead of the world when it comes to this particular trend: we already know that it has worked here. We may see it work again here soon.