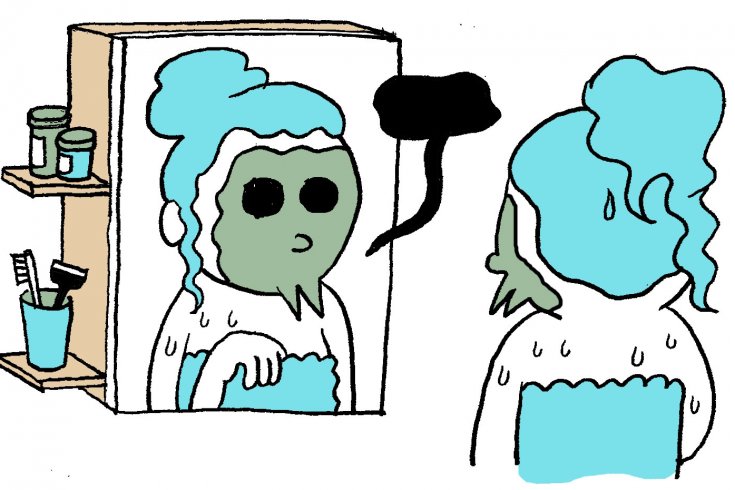 I always went for darkness as a girl:
those ashy Europeans wrapped in capes,
the ranks of zombies browsing in the mall,
the cabin-dwelling fan with swelling hopes,

her novelist in reach. I don’t know why
I leaned toward the viper in the mink,
the tortured trader in the Charvet tie,
lancet primed to disembowel the bank.

Bad, so bad, a shudder more than human;
when will we see their dreadful likes again,
the drips who mapped the older starlets’ ruin
or herded virgins into wicker men,

the haz-mat-suited soldiers, come for you,
the porkpie preacher targeting the young,
for hidden money, crossing the bayou,
white knuckles flashing love and hate? How come?

Could it be that daybreak lay ahead
with sunny buses, clinking streams of coins,
the people on their lunches, nearly dead,
waiting for their sandwiches in lines,

that muttering backs were hovering in bars,
that children were deciding what to leave,
that cubicles had manacles and ears?
And you, with nothing left to do but drive

toward the setting sun, your rosebud home,
the neighbours you can’t fathom or forgive,
then up the stairs to the crib in the back room
containing something awful and alive.