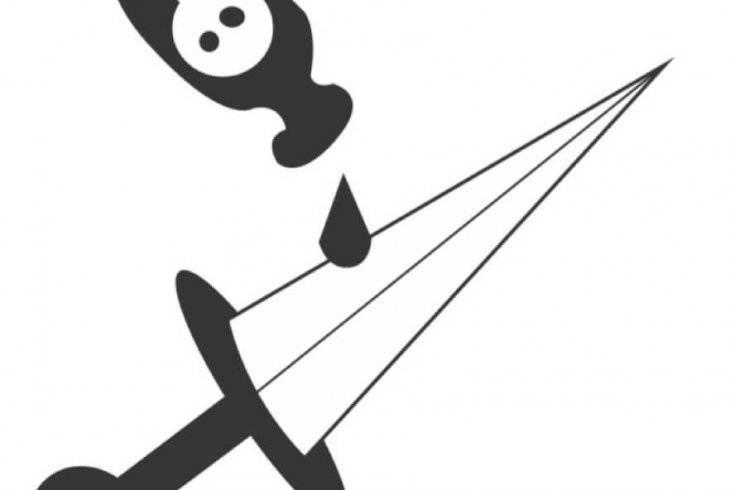 This is it! Sonny Davis thinks to himself as he rolls off the streets of Oita City, Japan, onto the track of the city’s municipal stadium. I’m almost done what I came here to do. Intent on a strong finish in his first international half-marathon en route to the Beijing 2008 Paralympic Games, the young Albertan leans forward and furiously pumps arms wasted by muscular dystrophy, putting his every remaining ounce of energy into catching three wheelchair athletes drafting in a tight line ahead. Rounding the final bend at nearly twenty kilometres per hour, he passes one on the outside, then another, and has just pulled even with the leader when he loses control and swerves violently into the racer beside him, causing a four-chair pileup. “We must have looked like a heap of dying Transformers,” he would eventually joke, but in the moment he’s all steely determination. To swelling applause, he rights his mangled wheelchair and grinds across the finish line.

Davis had triumphed over his disability, but that achievement would end up working against him the following year at the International Paralympic Committee World Championships in Assen, the Netherlands. Questioning the classification card he’d received in Oita, which categorized his disability according to a variety of factors (classification is to disabled athletics what weight classes are to boxing), the authorities decided to reassess him. Through a combination of tests and race observations, they determined he had better upper-body strength than other athletes in his class and assigned him to a new, more competitive one. The race for that class was already full, however, and he never got the chance to qualify for Beijing. Three years later, there’s no trace of bitterness in Davis’s voice as he recalls his near miss. But he does point out the absurdity of a competitive sport that encourages athletes to be good—just not too good.

Toward a philosophy of cheating

Is honesty always a virtue? Not necessarily, according to philosopher Oliver Leaman. In the much-cited essay “Cheating and Fair Play in Sport,” he asks us to think of cheating as part of the game and of cunning as a relevant skill. Since we already accept certain forms of cheating—travelling in basketball, for instance—we might as well go the whole nine yards and condone the practice as an option for both sides. “In so far as the contest is one of wits as well as one of skill and strategy,” he writes, “it can be exciting to compete with and against someone who uses his wits to try to cheat and it can be exciting for an audience to observe such intelligent behaviour.” The rules, in other words, were meant to be broken.

A race for the middle certainly isn’t how the Paralympic Games were originally conceived. In 1944, a German doctor in Stoke Mandeville, England, dreamed up the competition to promote sport as rehabilitation for ex-servicemen with spinal cord injuries. Twelve years later, 400 disabled athletes from twenty-three countries were showing the world what they were capable of in Rome, where the competition was first linked to the Olympic Games. Since then, the Paralympics have done more for the disability movement than any other event, and by all accounts they’re only just now hitting their stride. Media accreditations almost doubled between Athens and Beijing, and sponsors are taking notice. Few, if any, of the 3,951 Paralympians from 146 countries who competed in Beijing paid their own way to get there—and the rewards don’t end there. “Being in the news, being the hero of the day, perhaps getting on a speaking circuit: that’s a very desirable lifestyle,” Davis says.

Given the stakes, it’s not surprising that athletes want to win, even if it means undershooting their full potential. Back when he was logging fifty to seventy kilometres a day to prepare for Beijing, Davis was aware of several teammates who didn’t train at all, increasing their chances of being assigned to a less competitive class. It’s an approach that may not quite constitute cheating, though there have been incidents of that, too. The most infamous classification con occurred at the Sydney Games in 2000. Shortly after the intellectually disabled Spanish basketball team won gold, undercover journalist Carlos Ribagorda revealed that ten of the twelve players, including himself, didn’t undergo the required mental tests; some turned out to be university graduates. The team was stripped of its medals, and athletes with intellectual disabilities were not permitted to compete in the Paralympic Games until the policy was finally overturned this past November.

Rumours of foul play began circulating once again at the 2008 Summer Games, after Dutch soccer coach Jan-Hein Evers challenged a 12–1 loss to the Russians. There were unsubstantiated reports that a common tactic among certain classes of athletes involved jumping up and down for hours before classification to tire the muscles and appear less stable, while BBC sports correspondent Alex Capstick wrote that “classification cheating is in many ways a bigger problem than doping for the credibility of the Paralympic movement.”

Peter Van de Vliet, medical and scientific director for the IPC, denies there were any cases of classification cheating in Beijing. “I have a philosophical problem with the word ‘cheating,’” he explains over the phone from his office in Bonn, Germany. He acknowledges, however, that some athletes need to be pushed by officials to demonstrate the full extent of their abilities in the classification room, and that those who do not “perform up to the expectations of the classifier,” or who perform much better in competition than they did under examination, may be subject to last-minute reclassifications like Davis’s.

Whether or not the ninety-five reclassifications carried out in Beijing offer any evidence of cheating, we know they have meant a sudden end to the Paralympic dreams of many athletes, such as Derek Malone, the Irish soccer player with cerebral palsy who was told after his opening game with Iran that his symptoms weren’t serious enough to qualify him for CP football. Malone maintained that he’d only managed to suppress those symptoms through rigorous training, and at a press conference he echoed Davis’s sentiment: “How can you have a system that penalizes athletes for working hard at their skills? ”

Exhibiting the same Olympic spirit that made him a hero for a day in Oita, Sonny Davis is now preparing to race a handcycle in London 2012, at which time a classification system launched just before Beijing—which takes into account not only an athlete’s condition but how it relates to his/her sport, and makes all criteria transparent—will be more fully in place. Asked whether he will lay off training too hard before he secures a classification card, he laughs: “If I get the class I need to make the team, great. But either way, I’ll continue to keep my body in the best shape it can be.”

Ben Weeks has worked with such clients as the New York Times, Honda, and Senator Roméo A. Dallaire.