The Terrible Beauty of the Reserve | The Walrus
Skip to content 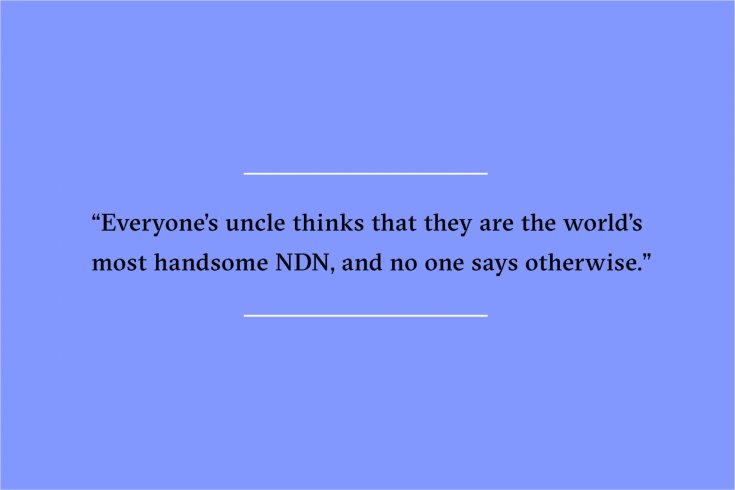 Everyone’s uncle thinks that they are the world’s
most handsome NDN, and no one says otherwise.

Rez dogs roam about without having to perform
emotional labour for humans. They eat where they

are welcomed, which is everywhere. Most who live
here do not know that they are in the ruins of a sick

experiment that failed. Teens blaze to feel the
euphoria of being outside of memory.

We all bathe in the sociality of the hangover. It is not
that no one has time for themselves, it is that they are

always playing cards or talking about Connor McDavid
or carpooling to bingo or babysitting their brothers’ kids.

We all owe something to someone, so we congregate
under the pretense of debt, and this is always-already.

in a platonic way, because we grew up together and
no one was alienated by the tyranny of the couple form.

Vehicles pass through in droves, but no one looks,
so we drown together in the freedom of utter anonymity.

Billy-Ray Belcourt's debut collection of poems, This Wound is a World, was published last September.

Billy-Ray Belcourt's debut collection of poems, This Wound is a World, was published last September.
X