The Stag | The Walrus
Skip to content
A former sex worker recounts a harrowing night in Abbotsford, BC, circa 1980

We sit around the trick pad, planning the stag for Saturday night. Candy’s doing my makeup, Judy’s painting her nails, and Mary’s rolling joints.

“I turned him last night,” Candy says. “He’s the best man—he was okay looking, too. He said there would be about sixty-five of them altogether. I said there could be a lesbian show, so I figure Mary and I will do it. You guys will strip, and I’ll lay the groom. After that, it’ll be $60 a trick, so I said for $1,000 he could have everything else. If we do five each, that’s a good night. He’ll pick us up here at seven. It’s in Abbotsford, at some hall.”

“Sounds good to me,” Mary says, lighting a joint.

“Fuck,” Judy says, taking it from her.

Fuck, I think. I don’t want to go to Abbotsford. Stags never turn out as planned; men are different in numbers. But I’ve already agreed. Sometimes you go against your first instinct, for money, for a friend, for no good reason. 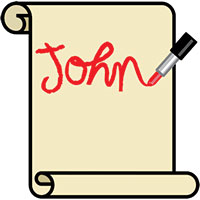 “Bad date lists,” which can include the names, physical descriptions, and phone numbers of problematic johns, enable sex workers to warn one another about potentially dangerous clients. Most john lists are circulated privately, but since 2003 the advocacy group Sex Professionals of Canada has published its version online. In 2007, the Globe and Mail raised questions about the list’s accuracy and contacted some of the men identified. Mike, a twenty-eight-year-old accused of tormenting a transgendered prostitute, was defended by his mother: “We don’t know anything about that. He has a compulsive disorder. He’s always on medication.” Another contact attempt yielded two male respondents. “Our number is on a prostitute website? ” one asked. “Oh, God,” said the other. “How do we get [it] off there? ” List manager Amy Lebovitch could only confirm that one name had been removed: that of Mark Robins, who was filed under the milder “undesirable clients” heading. He threatened legal action, but chose not to pursue the case, as spoc “probably didn’t have the funding” to fight it in court, and because privacy law is “full of loopholes.” Regardless of its publication practices, spoc provides a valuable service. Detective Constable Nathan Dayler told the Globe that the group gets “a lot of information that the police don’t receive.”

I forget my instincts on Saturday night, as we sit around waiting for the buzzer, as Judy rolls reefers, Mary snorts lines, and we all drink scotch. Candy buzzes in the best man and gets our money.

The drive isn’t as long as I thought it would be, a good sign. As we enter the hall through the side door, I can hear men laughing and talking from the auditorium. The best man leads us backstage, then leaves to get the groom. I follow him and peek out at the audience. There are sixty-five men, as promised, maybe more.

“What does it look like out there? ” Judy asks when I return.

“Crowded, but a lot of older men. I was worried it would be all young guys.”

“Stop worrying,” Candy says. “The guy’s getting married. We might even make it back for last call.”

The groom arrives, already drunk. “My last night of freedom,” he slurs. “You better make it a good one.” He tries to grab Candy and kiss her; clearly, he doesn’t understand. She tells them they don’t want to miss the show.

Judy and I take turns stripping, then the cries for “Lesbo!” start. Candy and Mary do their show, and the cheers spiral out of control as they return, followed by the best man and the groom. Candy takes the groom by the hand and leads him to the janitor’s closet across the hall. He can hardly walk.

“Why don’t you organize the other guys who want to get laid,” she coos to the best man before closing the door.

“After you drive us back. Remember our deal.” She winks; he follows her instructions.

Mary laughs as she gets dressed. “This might be the best stag in a long time. I can feel it.” But she can’t feel it. She has pulled her travel kit from her purse, pulled out the vial.

The best man is back. There’s a problem. “You see, they don’t think they should have to pay any more,” he explains. “They’ve already paid $30 each, and they don’t think they’ve got their money’s worth yet.” The cheers from the crowd seem to echo his words. “You girls like to give blow jobs anyways, don’t you? Isn’t that why you became prostitutes? ”

“No, we became prostitutes to make money,” I say, trying to smile.

“Go talk to your friends,” Judy says, playing with her garters. “We’ll make it worth every penny.”

I know we aren’t going to make a penny more, though. I start to get my clothes on, as Candy re-enters—the groom is too drunk to fuck. She can’t believe we haven’t turned any tricks.

“No one wants to get laid? ” she says, dumbfounded.

I can hear many beer bottles hit the tables, then the fists pounding, in unison. As the best man opens the door, I can make out what they’re chanting: We want head! We want head!

“Hey, the party is just getting started,” he says, seeing us clothed. “You can’t go now.”

“You’re not going anywhere until I say so.” He starts to laugh.

I push past them, toward the auditorium, and make my way into the crowd, hoping to appeal to the older men: the fathers of the bride and groom, uncles, grandfathers. I try to smile at the paying guests as they paw at me.

“It’s over,” I say when I reach an older gentleman. “We just need a ride or for someone to call us a cab. It’s getting a little late, a little out of control.” I look into his eyes, pleading.

He stares at me blankly, so I look to the man next to him. My body is vibrating with the chants. “Please, could you just call us a cab? ”

“You got yourself into this mess,” he says. “Now get yourself out.”

We exit to the parking lot, where it’s dark, and half the crowd is either getting into cars or pissing up against them. I miss the city lights; better the devil you know. I rush to the phone booth between the hall and the road, digging out a handful of change, and call the Vancouver cab company I call every day. I hear the dispatcher’s familiar voice and hope she can recognize mine.

“I need a cab to Vancouver, west end. I’m at a hall in Abbotsford, but we can’t stay here. We’re four girls, and we need a cab desperately. We’ll just keep walking down the highway until we see it.” Silence. “Please… ”

I am about to hang up when he pushes his way into the booth. He grabs the receiver out of my hand and smashes it into the phone box, then he rips the cord out. “You fucking whore!” he yells as I run to the girls.

“We have to walk down the highway. The cab is on the way,” I tell them, leading them past drunk bastards jumping into their cars.

“You can’t walk away now, you ugly bitch.”

“I think we can trust him,” Candy calls out to me, trying to keep up. She is the smallest of us and is wearing the highest heels.

I don’t know how far we’ve walked, what time it is. The cars pass less frequently now, but we can still hear the shouts. Candy and Mary sit down. “We’ll stay here. Come back for us when you get the cab.” I’m about to vomit when Judy lets out a cheer. We see the headlights, the light on the roof.

“You could have been waiting a lot longer,” the cabbie says as we pile in ecstatically. “You’re lucky I was—”

Candy cuts him off: “Stop for cigarettes as soon as possible.”

As I listen to the girls in the back seat, I can’t make out who’s laughing, who’s talking.

“The bars are closed now.”

“I’m starving. Let’s get some Chinese.”