The Saints of Sunnyvale | The Walrus
Skip to content 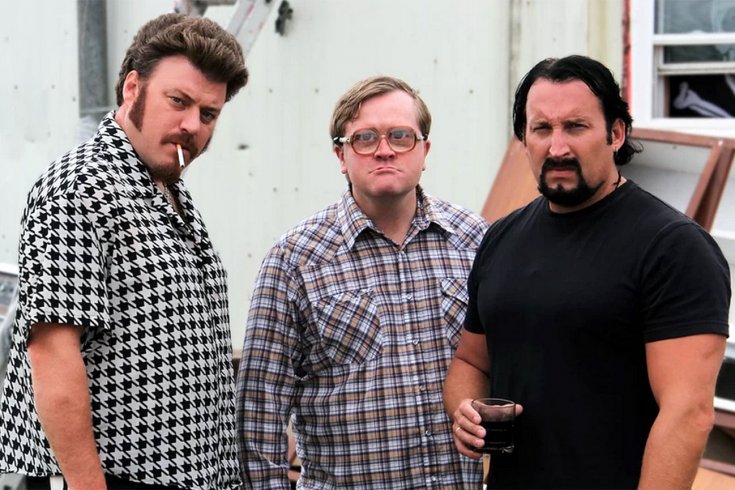 Is Trailer Park Boys the most successful Canadian TV comedy ever made? The ratings aren’t public, but it must be up there. Since the first season in 2001 on Showtime—and, before that, creator Mike Clattenburg’s prequel films One Last Shot and Trailer Park Boys, in 1998 and 1999, respectively—the series has spun off into a Christmas special, three more movies, a string of live performances, two live specials, and now a new home on Netflix, which will air the ninth season on March 27. The show has survived the departure of its original producers, a few actors, the deaths of two cast members, and its own near-death experience when Clattenburg left after the seventh season. Thanks to foreign syndication, the series is not only one of the most popular shows in Canada, but also a lucrative cultural export. In its steady, seventeen-year-long conquest of TV and movie screens, it has become a point of national pride.

Unlike so much homegrown television, though, Trailer Park Boys has very little to do with capital-C Canada—which might explain why it’s been so successful. Sure, there are the accents and the occasional mention of “Hortons.” But most viewers, presumably, do not fix stolen shopping carts, steal Christmas presents, or go to jail at least once a year; our world does not much resemble that of Sunnyvale Trailer Park. The show isn’t about being Canadian, but it is about being from a trailer park—or at least a mythological version of one.

Near the beginning of the show’s run, in an interview with the Ottawa Citizen, University of Calgary communications professor Bart Beaty criticized its comic take on poverty. “That sort of thing used to be centered around racial issues,” he said. “Now we get around this by making it about white populations rather than about native or black populations. But it’s still about laughing at the poor.” Underneath the low-rent antics—the non-stop swearing and smoking; the cheeseburgers and pepperoni sticks; the theft of barbeques from front porches—there is real poverty. For most of the series, Ricky (Robb Wells), the malapropism-inclined, pompadour-sporting pot grower, wears the same filthy houndstooth shirt and lives in a car affectionately dubbed the “Shitmobile.” Bubbles (Mike Smith), a bespectacled, softhearted cat-lover, makes his home in a shed. And though Julian (Jean Paul Tremblay), the leader of the gang, usually seems a bit more put together, that’s not saying much.

In response to these criticisms, the creators and actors of Trailer Park Boys have pointed to the sympathetic portrayals of the characters, and even to their lofty moral values. They may be poor, and their survival tactics may be ludicrous, but they are caring and loyal to a fault. Time and again we hear how friends and family—or, in this case, friends as surrogate family—are the most important things of all. If anything, Trailer Park Boys actually romanticizes poverty, rather than mocking it. In the first episode of the third season, after he has finally come into some money, Ricky wants to torch the Shitmobile and move into a trailer. But he is chastened by his father, Ray (Barrie Dunn), who reminds Ricky how much he loves the car. “There’s nothing wrong with living in a car, man,” he says. “I did it for nine years, the best years of my life.” Like the holy bums idealized by the Beat writers, or the semi-homeless men in John Steinbeck’s novels, the Boys represent innocence and freedom in a corrupt, enslaved world. They may be poor materially, but they are rich spiritually.

This is partly why the show has been praised for its anti-commercial, anti-consumerist tenor. It’s not that the Boys don’t want nice things; it’s that they operate on a different plane entirely. Although the show presumably takes place in the present, it seems to exist outside of time. Technology is always at least several decades behind, which is both a sign of the characters’ income and of their cultural isolation. When Bubbles needs to be contacted in the series’ most recent movie adaptation, Don’t Legalize It, the only way to reach him is by sending a letter to the Sunnyvale post office box. Forget Facebook, email, or a telephone number: Bubbles doesn’t even have a home address, since he lives, at that point, under a friend’s porch.

Resistance to change shows up in more subtle ways as well. In the opening credits, we see a sepia-bathed shot of the park, set to nostalgic theme music. This is partly ironic, a contrast with the profanity and violence of the main action. But it’s consistent with the show’s loyalty to people and place. When Ricky moves out of Sunnyvale to live with his girlfriend Lucy (Lucy DeCoutere) in the first film, it triggers a confrontation with Julian, who thinks that Ricky is trying to leave the park for good. In Don’t Legalize It, Bubbles almost moves into an old school bus outside of Kingston, but ultimately decides to stay with his friends. People don’t go away; they remain in the same place, with the same people, and things are always as they were. Over seventeen years, the characters don’t even seem to have aged.

Like Sunnyvale itself, the stories that fill Trailer Park Boys exist in a state of eternal recurrence. No matter what happened in previous episodes, Julian will still come up with risky get-rich-quick schemes, Ricky will grow ambitious amounts of dope, and Bubbles will reluctantly participate in his friends’ shady enterprises. Trailer park supervisor Mr. Lahey (John Dunsworth) will get drunk and pursue his vendetta against Ricky, capably assisted by his on-again, off-again partner and assistant supervisor, Randy (Patrick Roach). Secondary characters may come and go, but the pieces always stay in place. In this sense, the series better resembles a Bugs Bunny cartoon than the cinema verité-style documentary it thinly purports to be.

Like all mythic characters, the boys of Trailer Park Boys don’t need anyone else’s approval. For them, whatever they’re doing is the most important thing in the world. It’s this obliviousness—or perhaps innocence—that has helped the show last. And if it’s also provided endless, consistent laughs? In Ricky’s immortal words: that’s a good way to get two birds stoned at once.

Ezra Glinter (@EzraG) has published with The New Republic, The Paris Review, and the National Post. 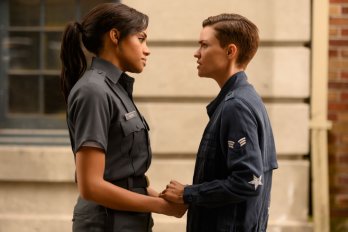 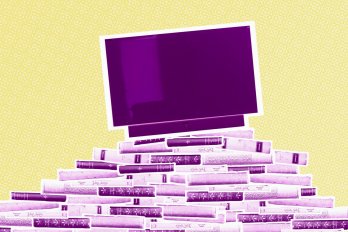