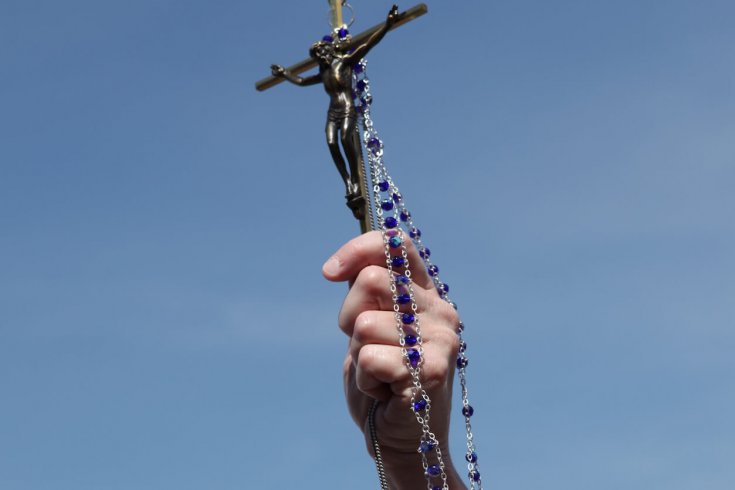 Anybody who keeps an eye on Roman Catholic politics would not have been at all surprised by a recent article in La Civilta Cattolica, a Jesuit journal published in Rome which carries the Holy See’s stamp of approval. What appears in its pages, in other words, is supported by Pope Francis. The most recent issue carried a scathing attack on Catholic conservatives in the United States, condemning them for forming an axis of “hate” with evangelical Christians to elect and support President Donald Trump. The piece names Steve Bannon, Trump’s former advisor, as a “supporter of apocalyptic geopolitics” and speaks of the Catholic right’s denial of climate change and opposition to immigration. The article pulls no clerical punches, even going so far as to juxtapose the theology of the US Catholic right with jihadism.

The article doesn’t reference Canada directly, but there’s plenty of evidence that right-wing Catholics are helping harden Canada’s conservative party and exerting more political influence than Canadians would like to think. To grasp why this is happening begins with understanding the Catholic Church’s current state in North America. The institution is divided in three distinct ways. First are the Catholic hierarchies. They tend to be relatively thoughtful and moderate. Second comes the laity. Most are indifferent, and even those who are regular Communicants generally embrace the culture around them rather than the teaching of their church. On issues of contraception and equal marriage, for example, they are as progressive as non-Catholics.

Third, however, are Roman Catholic activists. They collect around the abortion issue, seen as the great litmus test for orthodoxy and taking up most of the time and energy of the Catholic right. Added to this is a resistance to LGBTQ equality, assisted dying, anything seen as permissive or pornographic, and hence any form of liberalism. That invariably slides into greater conservatism, on economic as well as social and religious issues. These activists are a minority but they are well financed and dedicated. In 2010, for example, the Ontario Premier Dalton McGuinty felt obliged to withdraw a long-overdue reform of the sex education curriculum after various parental and activist groups—with a strong Catholic conservative base—mobilized in opposition. They took out ads, held demonstrations, threatened to unseat Liberal politicians, and promised the mass withdrawal of children from schools. The campaign worked.

What applies to the US also applies to Canada. Remember that the two most prominent conservatives in Canada—Jason Kenney and Andrew Scheer—are right-wing Catholics. Kenney has attended meetings of the conservative group Opus Dei, an ultra-Catholic organization that tries to recruit people prominent in business and finance. Scheer is a committed believer and the son of a deacon—an ordained position for men considered only slightly junior to that of priest. While the new leader of the opposition may smile a great deal and claim that he will not reopen debates about abortion and gay rights, his personal views on these issues are absolute. It’s interesting that Stephen Harper was long considered a social conservative and a right-wing Christian, given that he was often hostile to Christian activists in his caucus who wanted to resurrect social and moral issues. The same cannot be said for Andrew Scheer, who has already spoken of removing funding from universities where “free speech” is not protected; this is a euphemism for the protection of anti-abortion groups who now routinely demand the right on campus to present graphic images of aborted foetuses.

The leadership is one thing but what also sent shockwaves through the Conservative Party was the success of the other, even more obvious and hard-line Catholic candidate Pierre Lemieux in the recent leadership contest. As the Toronto Star reported back in May, “In six Scarborough ridings, either of two social conservative candidates, Brad Trost or Pierre Lemieux, was the first choice of between 20 and 55 percent of Conservative members.” This sort of thing doesn’t go unnoticed inside the party, and while it frightens social liberals it delights their opponents and makes pragmatists—those who simply want to win at any cost—begin to wonder about future policy.

This in turn flows over to the think tanks. Cardus is probably the most senior, describing its mission as being “the renewal of North American social architecture”—very much conservative shorthand. It brings together religious activists, mainly from the Catholic and evangelical right. It produces various publications, including Convivium, and its annual lecture series funded by the Hill Companies has featured Rex Murphy, Barbara Kay, and Conrad Black.

Lifesite recently ran an article describing Donald Trump as the new Constantine, the Roman emperor who gave Christianity his official blessing. It has claimed that, “The entire world owes a debt of gratitude to the president” and has described Trump’s opponents as “satanic.” The site has endless references to sinister cabals, the influence of various behind-the-scenes controllers, and the usual dark conspiracy theories. In February, for example, it argued that the opposition to Trump was orchestrated and funded by “the several decades-old movement for an aggressively secular, borderless, de-populationist New World Order and world government.”

Thing is, Lifesite is not a blog that’s read only by its writers. It’s a massively well-financed platform consumed by hundreds of thousands of people, many if not most of them in Canada. Much of the money is given by devoted followers, with special appeals whenever money is short or a particular campaign is being planned.

Even more blatant than Lifesite are blogs such as the Ontario-based Vox Cantoris and Toronto Catholic Witness, with less significance but still making a heavy mark. The latter wrote this, shortly after the terrible massacre at the Ariana Grande concert in which 22 people were killed and more than 100 injured, many of them children:

“A few minutes on the internet this morning identified her as a promoter of sexual libertinism, pornography, obscenity, profanity, feminism, and the LGBTQ agenda. Yet for all of this, it seems that parents have no qualms about sending their pre-teen and teen girls to listen and watch this loathsome individual … I cannot but be puzzled how parents who seemingly are so distressed about the killing of their children, but remained utterly unconcerned that their children were slowly being spiritually poisoned.”

Anybody who has been on the receiving end of right-wing Canadian Catholic zealots knows, alas, that such a tone is by no means unique. When I left the Roman Catholic Church and began to champion progressive causes, I was accused of being an adulterer, a thief, and even a pedophile. My wife was told to leave me, my children’s Facebook pages were trolled, and there were successful campaigns to have me fired from speeches and columns.

That tone is also starting to shape the public discourse around issues. At this precise time, for instance, there is a struggle taking place at St. Michael’s, the Catholic college at the University of Toronto. On the one side are conservative Catholics who want to restore the Catholicity of the college, on the other a more liberal group who are influenced by the Pope Francis approach and look to influence others by witness rather than muscular certainty. The story has already made the national media—highly unusual for religious news.

In many ways, it’s a battle for the soul and future of the Catholic Church in Canada. Who controls this major Catholic college at the most important university in Canada—the bishops and Cardinal or liberal clergy and lay academics? It’s not irrelevant that immediately after this story became public, the blog Toronto Catholic Witness ran a long entry defending the right-wing at St Michael’s and accusing the college of being home to lewd sexual behaviour.

St. Michael’s educates many of the most prominent politicians and social and economic leaders who are nominally Catholic. If the orthodox voices win this noisy and increasingly acrimonious argument, we may see a much more rigid and religious formation of the future Catholic elite. It’s ironic that as the Vatican moves to embrace more liberal positions, the Canadian church looks in the opposite direction. Are we witnessing an historic and momentous Canadian moment? Perhaps. But don’t expect a CBC montage.