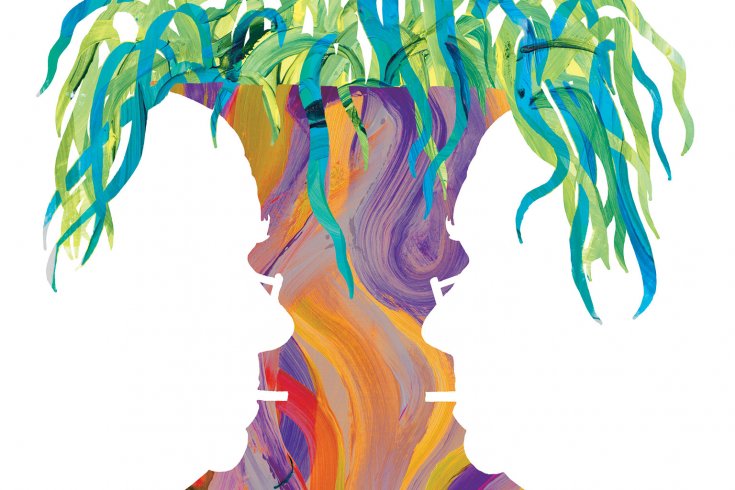 On Valentine’s Day 2013, an officer of Quebec’s French-language watchdog, the Office québécois de la langue fran çaise, sent a warning letter to a Montreal restaurant, Buonanotte, complaining about its use of authentic Italian words such as calamari and bottiglia to describe its menu offerings. The OQLF dispatches countless edicts of this type to small-fry retailers, and most business owners meekly comply. But Buonanotte’s owner, Massimo Lecas, chose a different approach: he took to Twitter to describe the absurd episode. CJAD 800 journalist Dan Delmar picked up the story, later dubbed “pastagate.” Within days, it went viral worldwide, and the OQLF became a laughingstock. Eventually, the agency relented on the calamari file. To this day, crudo, carne, and contorni are listed prominently on Buonanotte’s menu.

But before there was pasta at Buonanotte, there was ploughman’s lunch at Woody’s. And before Quebec Anglos had Twitter, they had Mordecai Richler.

“On a perfect summer day in Montreal . . . I went to meet some friends at a downtown bar I favoured at the time: Woody’s Pub, on Bishop Street,” Richler wrote in the opening chapter of his 1992 bestseller, Oh Canada! Oh Quebec! Requiem for a Divided Country.

As I arrived, a solemn middle-aged man was taking photographs of the blackboard mounted on the outside steps. He was intent on a notice scrawled in chalk on the board: “TODAY’S SPECIAL: Ploughman’s Lunch.” . . . The photographer was one of a number of self-appointed vigilantes who, on lazy summer days off from work, do not head for the countryside to cool off in the woods or to fish; instead, they dutifully search the downtown streets for English-language or bilingual commercial signs that are an affront to Montreal’s visage linguistique—“HIYA! VERMONT BASEBALL FANS WELCOME HERE,” say, or “HAPPY HOUR 5 TO 7.”

From the time Richler died, in 2001, the city of Montreal largely ignored his legacy—in part because his early work as a novelist had little resonance in French cultural circles, in part because his later work as a language activist had all too much. But that is changing. On March 12, Mayor Denis Coderre dedicated to Richler a library in the Mile End neighbourhood that the novelist made famous. Concordia University has created the Mordecai Richler Reading Room as a scholar’s refuge and a home for some of the author’s most treasured personal effects and documents. McGill University has started up the Mordecai Richler Writer-in-Residence Program. Newly translated editions of Richler’s novels will be published in French by Les Éditions du Boréal. Plus, Audible is selling Richler audiobooks. Jacob Two-Two Meets the Hooded Fang, his well-loved children’s book, is being remounted in Toronto as a play and has been optioned for film by a Hollywood producer.

Oh, and for those who shared the writer’s love of snooker, there is the Richler Cup—a $20,000 annual tournament inaugurated in Montreal last year. Fourteen years after the man’s death, we are in the midst of a gratifying revival of all things Richlerian.

With the emergence of pastagate and other well-publicized OQLF farces in recent years (my favourite: an acclaimed Montreal brasserie was instructed to tape over an on/off switch for hot water), this Richler renaissance is nicely timed. Putting aside his work in fiction, one of his signature accomplishments was that he taught his fellow Quebec Anglos how to use satire as a weapon in the battle for minority-language rights.

Before Richler took on this fight, the struggle was cast very much in the mould of such men as Allan Singer, a fiery Sherbrooke Street print-shop owner and perennial litigant who gave angry media statements such as “No damned government is going to tell me to take down my English sign.”

Singer spoke from the heart, but Richler realized that this righteous indignation was just the mirror image of French unilingualists’ own stock-in-trade. He refused to play that game. Instead, he turned the French language purists into an object of ridicule—most notably in the pages of The New Yorker (his 1991 article, “Inside/Outside,” became the basis for Oh Canada! Oh Quebec!) and on the CBS news program 60 Minutes.

The predecessors of OQLF, like all zealous bureaucracies, produced their own sketch comedies. And Richler was there to chronicle every punchline for an international audience. This included musings about what it meant for French to be “markedly predominant” on bilingual signage, such as this gem from the New Yorker piece: “The color of the French and English lettering should be the same. If it’s not, the color of the French should be stronger. The language inspector will decide what color is stronger.” When politician Claude Ryan introduced a rule whereby French signs had to be twice as large or twice as numerous as English signs, Richler and his friends at Woody’s promptly convened the Monty Pythonesque Twice As Much Society. “A Francophone hockey player scoring a goal for the Montreal Canadiens had to be cheered twice as loudly as a minority-group teammate,” they decided. “A member of the [French] collectivity ordering a meal in a restaurant would have to be served a double portion.”

The voice you hear in those jokes is that of pastagate’s godfather. In an era when there was no social media through which people could vent the absurdities of daily life in Quebec, when you had to be someone of stature to get the message out, he provided us with that celebrity megaphone. His New Yorker article sprawled over fifty-three pages. It’s hard to imagine another Québécois author having the pull to make that happen.

When Richler died, he was widely resented by French Canadians. It had been only six years since the last referendum. Memories of the Meech Lake and Charlottetown Accords were still fresh, along with all the old insecurities and phobias about absorption into Anglo–North America. With leaders that treasured their province’s “humiliations” as a form of political capital, Quebecers weren’t quite ready to laugh at themselves back then—even when their government did things that were plainly laughable.

That has begun to change—because francophone Quebecers now are more confident about their status within the province and the country. Since the mid-2000s, survey data shows, French-speaking households in Quebec have earned higher median incomes than their English-speaking counterparts. The old stereotypes of Westmount’s WASP elites controlling Quebec’s economy from their corner offices and cozy gentlemen’s clubs is falling away. (Westmount itself is increasingly French and Jewish, in fact.) A new generation of French-Canadian youth is entirely at home on the English-dominated social media of Facebook and Twitter. They laugh at bilingual comedians and download music from bilingual rappers. Few care whether the waiter refers to the appetizer as squid, calmar, or calamari—as long as it’s served hot and crispy. When the OQLF does something silly, the French often laugh just as loud as the English.

It’s a shame Richler did not live long enough to see English and French bonding in this way. It’s a scene he would have liked. He was the Anglo who helped teach Quebec to laugh at itself—a quarter century before it was quite ready to do so.