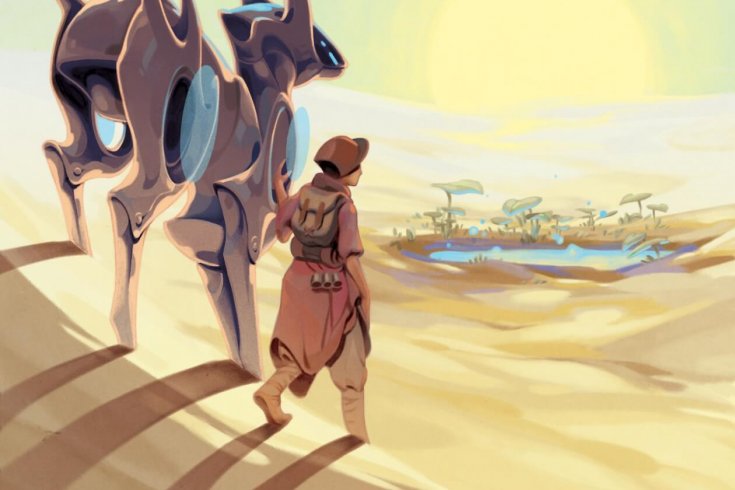 In may, my wife, Jeanne, and I prepared to attend an academic conference in Calgary. There was, however, one problem: our daughter had fled Vancouver’s high rents for Squamish and absconded with the family Jeep, leaving us with our Kia Soul electric vehicle (EV) and its paltry 150-kilometre range.

Jeanne consulted members of British Columbia’s online EV community, all of whom insisted we wouldn’t make it through the Selkirk Mountains: there are no charging stations between the towns of Revelstoke and Golden, a distance of 148 kilometres—mostly uphill. Jeanne suggested that we rent a car for the journey.

I was having none of it. Christina Bu of the Norwegian Electric Vehicle Association had recently predicted that the auto industry is on the verge of a “paradigm shift,” after which electric cars will become “so technologically advanced” that they will outperform gasoline and diesel cars. EVs like my Soul were poised to conquer the world. What was a mere hop across the provincial border?

The current reality of EV ownership, however, soon made itself known: we did make it through the mountains, only to become stuck near a trailer park outside of Golden, where, after plugging in our Soul, we waited for four hours until our vehicle had charged. Meanwhile, an endless line of our gas-guzzling counterparts whizzed past.

In theory, one can travel across Canada in an EV. It would just take an incredibly long time. Charging stations are often clumped around urban areas. Most of them are also slow.

There are three types of EV chargers. Level 1s, which plug into any standard outlets, can refill our Soul’s battery in a day. Level 2s, which are often hard-wired into home and office garages, can charge a Soul in about four hours. Then there are Level 3s. These fast chargers can fill up my battery to 85 percent in thirty minutes and are vital for long road trips—you can charge in the time it takes to grab a coffee and stretch your legs.

Level 3 chargers are, however, incredibly rare. Complicating matters further, there are two types of Level 3s: CHAdeMO and CCS (think Beta vs. VHS). EVs are compatible with one or the other, but not both. (Tesla has its own charger, but it doesn’t work with any other EV.) Across Canada, there are approximately 225 of each Level 3 type, most of which are found in and around Toronto and Montreal. According to the app Chargehub, which maps existing charging stations, there is only one Level 3 charger between New Liskeard, Ontario, and Cranbrook, BC—a distance of nearly 3,200 kilometres. (It’s in Winnipeg.)

EV technology may be here—Volvo announced that, after 2019, none of its new cars will feature combustion-only engines—but the infrastructure to support it is not. The Liberal government has made headlines for its plan to issue “Green Bonds,” which will, in part, fund charging stations. And during the previous election, the party pledged to “rapidly expand” the government’s fleet of EVs—Jim Carr, the minister of natural resources, even said he would swap his own Chrysler 300 for a plug-in. But despite these lofty proclamations, the Liberals have yet to answer one fundamental question: What would a national EV strategy look like?

In their attempts to nudge EV adoption along, some provincial governments created purchasing incentives, which, at the time, looked like smart policy. Ontario, for example, offered rebates of up to $14,000 starting in 2010— EVs, though, accounted for barely one half of 1 percent of all vehicles sold there in 2016.

According to Shanjun Li, professor of applied economics and management at Cornell University, purchasing incentives are ineffective. Many early adopters who take advantage of tax credits are either rich or motivated by environmental concerns. Either way, they are going to buy an EV, incentive or not. Li says that what keeps reluctant buyers away is range anxiety—the fear that an EV’s battery will run out before the destination is reached—and a lack of access to fast chargers.

Both of these concerns are, however, fixable. If the government were to shock the system by building EV charging corridors, or partner with the private sector to do so, it would unleash what Li calls “indirect network effects.” In short, the decision by one charging-station investor to partner with the government would spur other investors to do the same. A similar phenomenon occurs with buyers: when people see more EVs on the road or making use of fast chargers, they’re more likely to become convinced of EVs’ practicality and make the switch themselves. Li estimates that if the United States government had directed $924 million into building charging stations, instead of spending the amount on tax breaks for buyers from 2011 until 2013, nearly three times as many EVs would have been sold during that period.

Coincidentally, in 2012, tiny Estonia did precisely what Li and his colleagues are now recommending. The government there partnered with the private sector to create a countrywide system of fast chargers every fifty kilometres or so. In February 2013, the system was used 1,000 times. Three years later, the chargers were being employed 11,000 times per month.

At first blush, it appears Ottawa is taking the hint. In 2016, Minister Jim Carr announced a two-year program earmarking $16.4 million to induce the private sector to sprinkle charging stations across the country. Then, in the 2017 budget, the Liberal government allocated an additional $120 million in a program to support alternative refuelling stations—how many of those stations will support fast chargers has yet to be determined. (There’s also word that a national strategy to increase zero-emission vehicles will be released in 2018.) Paula Vieira, who oversees the program, says that eighty new Level 3 chargers will be installed by March 2018. More than half of the forty stations that have been announced so far will be placed in the Toronto area.

The details given to date won’t make cross-country road trips much easier. Level 3s come with a price tag of up to $100,000, and Canada’s national highway system alone sprawls over 38,021 kilometres. Erecting one station every fifty kilometres along the highway, as Estonia has done, would mean creating nearly 800 units, costing as much as $80 million. And that would be doing the bare minimum—angling for photo ops rather than offering a viable solution for a country full of EV drivers. As a comparison, there are about 12,000 gas stations in Canada, each with multiple pumps. If a similar charging system were to be created, the price tag could jump to $2 or $3 billion.

Until this level of investment is made, electric cars will remain toys for rich commuters and the eco-conscious. This fact became evident when, in 2016, Carr’s plan to get an EV was scrapped. It seems that officials concluded there were just not enough charging stations in Ottawa for it to be a practical choice.

Cam Sylvester is a writer and teacher based in Vancouver. He has contributed to the Tyee, Canadian Business, and the Globe and Mail.
Ashley Mackenzie