The Reality of Facing Cancer | The Walrus
Skip to content 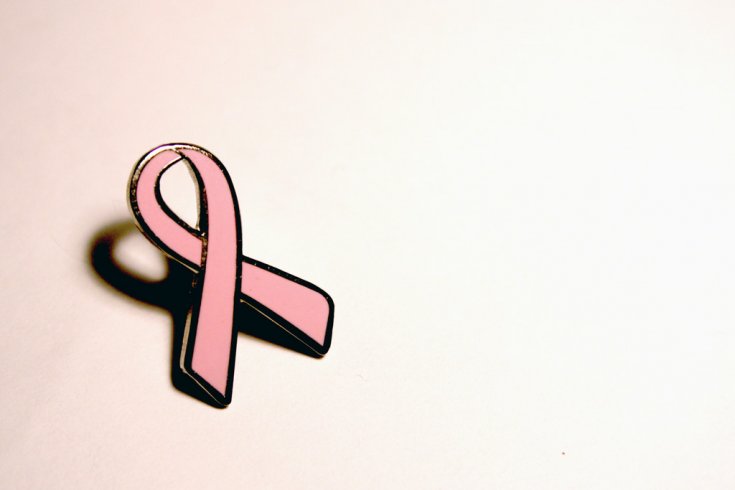 Last year, I lost my wife, who was fifty-six, to the complications of breast cancer just a few days after we had celebrated our nineteenth anniversary in a local restaurant. During the four years of Suzanne’s illness, I learned a little about fear and hope—and the expectations society imposes on the sick.

I went with Suzanne to virtually every appointment and every treatment. I made notes, I read her medical records, I read books about cancer, and I read scientific journals. And I listened to Suzanne talk for many, many hours about her passage from the first diagnosis of stage-three disease, with a real possibility of remission, to stage four with median survival of two to three years. I was there as she “failed” treatment after treatment. (Yes, in medical lingo, the patient fails the treatment and not the other way around.)

One gift Suzanne gave me and our two teenage children was a serious-minded realism about her disease. Naturally, she cycled through moments of optimism and of despair, as we all did. But she always returned to a sturdy place where she balanced the shrinking weight of hope against the growing likelihood of her impending death. She pressed her doctors for a realistic assessment of her prospects even as we could see they sometimes worried how the truth might affect her well-being. But we tried, always, to anchor our emotions in fact. We even came up with a little formula for how to talk about the disease with our two teenage children: tell them what we know, not what we fear.

But we learned there is a prevailing cultural style that is pushed on the sick, including those with late-stage cancer, that is rooted more in folklore than in science. Going back at least to Galen, the influential second-century Greek physician, there has been a suspicion that character traits and emotional attitudes affect the likelihood of contracting cancer or succumbing to it. Galen taught that breast cancer afflicted women whose temperament was “melancholic.” And those traditions live on.

I thought of this the other day when television and the internet were abuzz with Joe Biden’s encounter on the The View with Meghan McCain, whose father, Senator John McCain, is suffering from glioblastoma, an especially recalcitrant and deadly form of brain cancer. The former vice-president lost his son Beau, a lawyer, veteran military officer, and aspiring politician, to glioblastoma in 2015.

When the topic of Meghan McCain’s father’s illness came up, Biden did an extraordinary thing. He rose from his seat and moved to a chair next to her, and one of the program’s hosts made way for him. He took McCain’s hand and began to talk soothingly and reassuringly to her, as she sobbed, about her father and about hope.

It was remarkable in part because former vice-president Biden and Senator McCain are from different parties, and this is a terribly polarized time in American politics. But it is unusual for us to see anyone, politician or not, show such spontaneous humanity and empathy.

“So there is hope,” Biden said, discussing potential medical breakthroughs, “and if anyone can make it, [it’s] your dad.” McCain’s anguish seemed to melt a little with Biden’s touch and tone.

I imagine that many people suffering from late-stage cancer, their loved ones, and those who have been through this before must have felt that they, too, were receiving Biden’s healing embrace. And yet it sat a little uneasily with me. From my perspective, Biden’s plea for hope imposed on McCain a familiar cultural demand to push reality aside in favour of something less grim but also less true. What Biden said to McCain invoked three familiar claims, all of which are either mistaken or misleading.

The first was about progress in the science. “There are breakthroughs that are occurring now,” he told McCain, “and it can happen tomorrow.” It is true that there has been significant progress in the treatment of some forms of cancer. In Canada, between 1992 and 2008, five-year survival rates for all cancers combined rose from 53 percent to 60 percent. And we are getting better at avoiding cancer altogether, by quitting smoking and by earlier intervention—those miserable colonoscopies we put ourselves through, for example. But glioblastoma, unfortunately, is not a cancer for which there has been much progress. Five-year survival rates in the United States for those over the age of fifty-five, including Senator McCain, are just 5 percent.

Sanjay Gupta, a journalist and brain surgeon who was once offered the job of Surgeon General by former US president Barack Obama, was the only journalist given permission to interview McCain’s doctors when the senator was first diagnosed. Recently, on CNN, Gupta pointed out that the average survival for someone with this disease is fourteen months, and that rate has not changed much in an era when there has been improvement for many other cancers. Reports of people surviving the disease are so vanishingly rare that it is possible they are due simply to misdiagnosis, he said. In other words, to be blunt, the chances of a medical miracle in Senator McCain’s case are exceedingly small. There is such a thing as false hope.

Of course, there may be some solace to be found even in false hope. For some people, it is what they need to get through so many difficult days.

But there were two other claims Biden implicitly made that I found disturbing. They are both deeply rooted in the prevalent culture around cancer, they both defy the evidence we have, and they both can have unintentionally negative effects on people with cancer and those who love and care for them. The first is that a person’s character may affect the course of their disease, and the second is that hope itself may do so. Both of these claims, as it happens, have been studied.

When Biden said, “If anyone can make it, [it’s] your dad,” it was in the course of praising Senator McCain as a man and as a friend. McCain is, as they say, an American hero: an airman who survived five-and-a-half years in sometimes-brutal conditions in a North Vietnamese POW camp.

There have been a number of large high-quality studies in recent years testing the idea that certain personality types are more prone to contract cancer or to succumb to it. In 2010, a study that included 60,000 people, and tracked them over decades, concluded there was no link between personality and the likelihood of contracting or dying of cancer. The American Cancer Society has said that the few, much smaller, studies that suggested the opposite appear to be methodologically flawed.

Similarly, the claim that positive psychological attitudes of cancer patients can affect their outcomes—an appealing, even seductive idea—has been studied, and the research is, at best, mixed. Some small studies seem to have detected a relationship, but a systematic review of the research published in the Annals of Behavioral Medicine in 2010 concluded that: “Claims about these areas of research routinely made in the positive psychology literature do not fit with available evidence.”

The preponderance of evidence shows that cancer takes little notice of whether you are a good person or not, whether you are hopeful or not, whether you maintain a “fighting spirit” or not. Why does any of this matter? Because, for some people, the idea that a strong character and a hopeful outlook are part of a medical arsenal for fighting cancer may have unintended and even tragic effects.

I recently reread Bill Cameron’s beautiful essay, “Chasing the Crab,” published here in The Walrus in 2005, in which he describes his half-personal, half-journalistic exploration of what he called “Cancerland” after being diagnosed with a rare and fatal cancer of the esophagus. He traces his journey through conventional treatment, visits to Mexican cancer clinics with promises of exotic cures, and interviews with debunkers and skeptics of alternative cures. He chronicles the zigzag between hope, fear, and crazy what-the-hell moments that many terminal cancer patients and their loved ones would find very familiar. And then he died.

While I was struggling to help my wife cope with her illness, and struggling to cope myself, I attended a group with people like me—“caregivers” is the term of art. And later, after Suzanne died, I attended another group for the bereaved. The stories I heard are not mine to tell. But I would say that even more common than the illusory search for false cures was a stubborn, desperate, implacable attachment to forlorn hope. In some cases, that hope closed the sufferer and their loved ones off from the opportunity to come closer to one another in the knowledge of the imminence of death.

And what of those who fail to heed the message to cling steadfastly to hope? It is, after all, perfectly human, not to mention factually correct, to lose the hope of survival in the latter months of a terminal illness. Some people suffering from these terrible diseases may feel, when they find hope slipping away, that they have failed a test of character and perhaps even that their weakness is making their disease worse. When they die, as a friend said to me the other day, loved ones may be left with the lingering sense that somehow had the deceased been more hopeful their life might have lasted longer. In the end, their death is made to seem a personal failure.

In the last six months, it was plain that Suzanne did not have much time. In fact, we counted ourselves lucky that she made it to our son Alex’s high-school graduation in June. It was surprising that she was still able to swim in July and enjoy the warmth of the sun on her face while sitting by the water in August. And then there was our anniversary dinner. But more than any of that, those final months were a time when realistic hope had passed. Suzanne and I, and Alex and his sister Sophia, all knew that this was a long goodbye, if not nearly long enough. The gift Suzanne gave us was creating a moment in which our love was enriched in contemplation of her death. Hope has its place. Acceptance does too.

But I would not push Suzanne’s realism on the ill and the ones who love them any more than I would push Joe Biden’s hope. We all come to cancer with the emotional, psychological, and spiritual resources we have, and we use them up. We use them all up. It is not as helpful as it may seem to tell the suffering to adopt a particular culturally sanctioned emotional style.