The Quiet Pursuit of Extreme Solitude | The Walrus
Skip to content 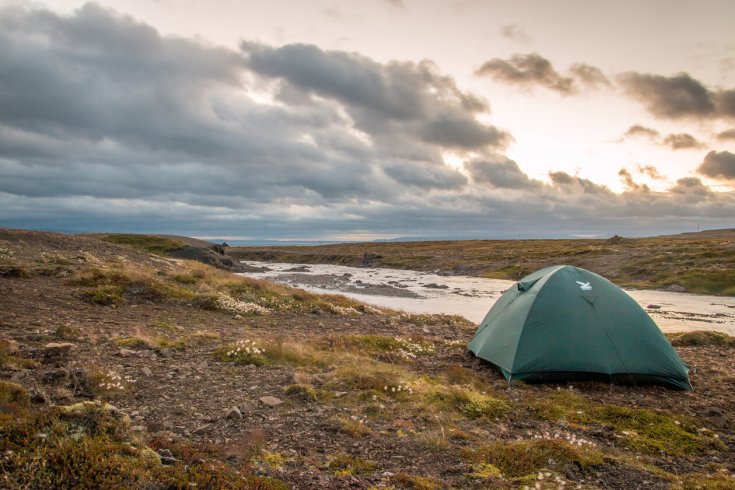 In 1986, Christopher Knight went on a road trip and never returned. The twenty-one year old parked his car, left his keys on the dash, and walked into the woods. Michael Finkel’s addictive page-turner, The Stranger in the Woods: The Extraordinary Story of the Last True Hermit, chronicles Knight’s twenty-seven years alone in the forest of Maine and his quiet yet extreme pursuit of solitude—perhaps the rarest state of being today.

Solitude is slippery and elusive, hard-sought and coveted. It takes great effort to find and even greater effort to maintain. We seek it out because we think revelation lies in disconnection, or clarity in calm. YouTube videos instructing how to survive on one’s own in the wild, meditation and mindfulness courses, and movies such as Into the Wild, 127 Hours, and Cast Away romanticize the often painful but ultimately revelatory experience that is being on your own.

When Knight steps innocently into the woods, he builds a camp and settles in for the long haul with no intention of ever leaving. But what is most striking about Knight’s incredible story isn’t his success at physical survival. While he managed to last through legendary winters, avoid detection, and construct a bush camp with nearly more amenities than my studio apartment, he was hardly a master of wilderness. Knight was an opportunist who raided food and supplies from a nearby summer camp and string of lakeside cottages under cover of darkness.

Instead, Knight’s quarter century alone in the woods is an extreme example of mental survival. Forget starting fire, foraging, or hunting. Think of the years he spent sitting in an aluminium lawn chair in his boulder- and tree-walled clearing doing little else other than thinking. He stole books and magazines, radios, and handheld video games, but for the most part he passed the time with only his thoughts as entertainment, stimulation, and company.

Yet while Knight lived his twenty-seven years in peace, he created chaos. To the residents of lakeside cottages nearby, signs became rumours that became haunting legends of the hermit who lurked in the forest. Some were certain he was real, while others couldn’t wrap their heads around the possibility. After a decade-long manhunt, Knight was eventually apprehended and placed in jail, his living room-sized sanctuary in the woods replaced by a prison cell. Through Stranger in the Woods, Knight appears simultaneously hero and villain, admirable and objectionable. It’s up for the reader to decide—and wonder what is next for the hermit now stripped of his hard-earned privacy.

While Finkel brings readers intimately into the abode of extreme solitude, Michael Harris examines the state of being through a broader philosophical lens. His new book, Solitude: In Pursuit of a Singular Life in a Crowded World, opens with a simple but embarrassingly difficult question to answer truthfully. When was the last time you spent a day truly alone? Some may think to nature—to a remote place far from WiFi or cell service—for their longest stint without human interaction, either personal or online. Others may think to a self-imposed retreat where phones are intentionally silenced, computers shut down, and friends avoided. But how long did that last? Most are only able to measure their waking solitude in minutes rather than hours or days.

In the first chapter, Harris announces that his book is not “a pining for Thoreau’s old cabin in the woods,” but by the final chapter that’s exactly where the author ends up: a week alone in a cabin on Pender Island, British Columbia, in an attempt to break his record of solitude and see what can be stirred in the silence. The book is an exploration—punctuated with references personal, historic, and scientific—from setting forth into the unknown to confronting the challenges of being truly alone.

Solitude is a daunting read at times, especially when the urge to check email or respond to a text while reading proves Harris’s point. Self-control, it turns out, is key to solitude. As is confronting fear. We shy away from being alone because we are afraid of what lurks in those solitary moments. We may think we are scared of the anxiety over missing breaking news, whether global or social, but the greater fear is of uncovering something that must be confronted and handled alone, without mom or Google to guide or answer. We avoid solitude not because we’re scared of the wilderness outside but because we’re terrified of the wilderness within. To Harris, we don’t fear being alone but being lonely. Loneliness, rather than companionship, is the true alternative to solitude.

Harris presents solitude as a resource that must be protected if its benefits are to be reaped. But like many natural resources, solitude is under attack by the addictive connectivity of social media and the ubiquity of technology. When we are clear of constant distraction, Harris writes, we find relief and freedom to consider a handful rather than a hundred questions. Creativity and originality can be found, as can self-reflection. But is it fair to expect great wisdom from those who spend so long alone?

Christopher Knight tries to avoid waxing poetic with Finkel about the goal of disappearing or the outcomes of his solitude, but he often slips into the profound. “Solitude bestows an increase in something valuable,” he tells Finkel. “I can’t dismiss that idea. Solitude increased my perception. But here’s the tricky thing: when I applied my increased perception to myself, I lost my identity. There was no audience, no one to perform for. There was no need to define myself. I became irrelevant.” It’s hard to imagine twenty-seven years alone—almost like imagining the eternity of time itself—but it’s harder still to comprehend true irrelevance. We’re always in touch, always plugged in, always interacting. Knight not only shunned relationships with other people, but he also held little relationship to the world outside his leafy refuge—until he was caught.

And until he received a letter. When Finkel writes to the hermit in prison, hoping to connect with a man who shunned human interaction for so long, Knight, surprisingly, responds. What follows is a fascinating and often tense back-and-forth between writer and source, between hermit who seeks quiet and journalist who seeks answers.

Why, after twenty-seven years of silence, would he speak now? He was forced to explain himself to police and fess up to the thievery, but he could have easily ignored even a doggedly persistent writer, found a quiet place somewhere, and lived out his days. Knight offers by way of explanation that he wrote Finkel back to relieve the “stress and boredom” of being in jail—a strange answer for someone who spent so long on his own.

The gut reaction is to pity the people who find solace in solitude, to see something wrong with those who don’t need constant connection. Maybe the answer doesn’t lie in extremes but in balance—between chaotic and calm, between intensely social and intensely solitary. Solitude may be able to spark expressions of creativity and self-reflection, but to Harris, it is also a counterintuitive conduit to greater connection. Knight’s hard-to-fathom story isn’t about why he spent so long in solitude but how his life, one so extremely free of connection, can help us live our own. As beneficial as moments of solitude can be, we all need human interaction—whether friendly, romantic, or unfamiliar. Even though the great hermit struggles with the pace of Finkel’s advances for interviews and answers, in the end, even his extreme solitude leads to companionship.