The Queen of Zilch | The Walrus
Skip to content 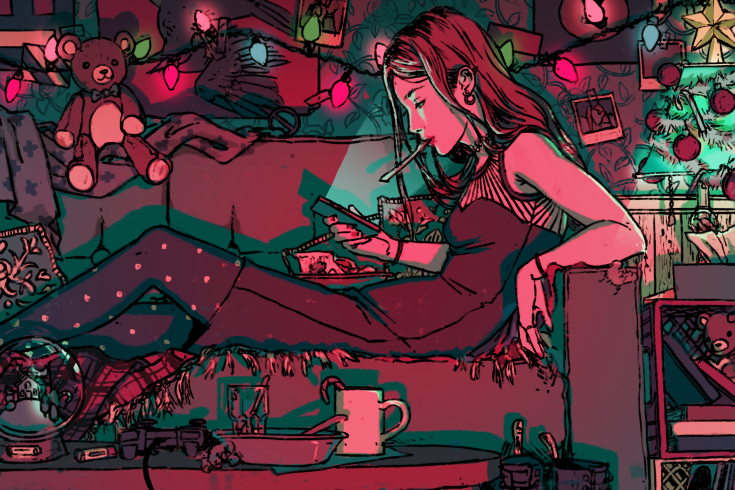 It was christmas eve, and I was flaked out in the basement at my dad’s.

I could hear Danièle upstairs making tons of food for her dinner party. She’d invited her mother, her million sisters, and god knows who else. My dad hadn’t invited a soul except this client of his who’d just gotten divorced. I didn’t know the dude. All I knew was he flew planes. My dad had said so when he’d come downstairs that morning to warn me not to wear anything crazy at the party or do my face up like a drag queen. I’d better not embarrass him in front of the pilot and his girlfriend’s family. I think he was freaked that his new “in-laws” were coming over. He wanted to make a good impression, but it bugged me he’d come downstairs just to give me a warning. He usually never came down. Not even to tell me to clean up or haul me out of bed when I slept past noon.

When I moved in at the end of summer, my dad said the basement would be like my own private apartment. I thought he’d renovate or something, put in a fridge, build a separate entrance, like he’d promised me on a fishing trip we’d taken before I moved in. But nope. The basement walls were still covered in this ugly-ass, old wallpaper with a vine pattern. The only thing my dad had changed downstairs was the couch. He’d dragged the old one to the dump and then brought down the couch from his living room because Danièle wanted a new one. I figured the old one reminded her too much of my mom. I wasn’t complaining, though, because I liked that couch. It was a big imported four-seater done in forest-green velvet with feet sculpted out of some exotic wood. Danièle had even brought down the embroidered cushions that went with it. My mom had once told me they were sewn with real gold thread. The basement set-up was kind of cool, and I’d eat my supper on that green couch all the time. I’d put a cushion on my lap and then lay my plate on top. While I ate, I’d watch this TV show called Flash. The host was a chick from that sitcom where a bunch of students all room together in Montreal.

Anyways, by six o’clock on Christmas Eve, the whole house smelled of Danièle’s tourtière. Eve phoned to ask if I could come out after the dinner party. Beats me, I said. Eve told me if we did do something, she’d have to sneak out her bedroom window after her parents fell asleep. She was grounded because her mom had found condoms in her knapsack. I told her to call back later and we’d see about meeting up.

The doorbell rang upstairs, and my dad hollered my name. I’d put on this black dress from Le Château and a tattoo necklace my boyfriend, Kevin, had given me eight days before he hanged himself. I didn’t know what to wear on my feet because I only had my Docs and my platform boots, so I went up just in my stocking feet to keep my dad from bitching.

Upstairs, the house was all decorated. On the dining-room table sat this fir centrepiece Danièle had bought at the florist’s in Chicoutimi North. Her sisters had just arrived with their husbands and kids. Everybody was pecking each other on the cheek, and the husband of Danièle’s oldest sister already smelled like booze. Danièle’s mother turned up not long after, her slippers stuffed in a plastic bag. The pilot, though, was late. Danièle kept asking my dad when the dude would show. She didn’t want her tourtière drying out. My dad said to calm the hell down, it was Christmas, and, besides, people often ate at nine or ten during the holidays. Danièle’s mother said eating at midnight was hard on the digestion.

My dad schmoozed with his guests and served them glasses of Cinzano. He even offered me some, but I said no. That stuff tastes too sour. I wondered what my mom would think of all these strangers traipsing around her old house. Actually, she probably wouldn’t give a fuck. She was at her boyfriend’s cottage and wouldn’t be back till after New Year’s. I wondered if she’d call on the ham radio to wish me a Merry Christmas. Not likely. We’d barely exchanged two words since I’d moved in with my dad.

Danièle decided to start serving dinner, even though my dad’s client still hadn’t shown. He’d probably be here any minute, Danièle kept saying. In the meantime, she’d keep his plate warm. We all started digging in. Nobody spoke to me except to ask if I’d pass the salt or ketchup. My dad complained the tourtière was dry. Was it ever. My mom’s tourtière is like ten times better. One of Danièle’s sisters said her oldest daughter needed braces, but she wanted a second opinion from another orthodontist. She was sure her guy was a crook. My dad suggested she go see the orthodontist at the bottom of Racine Street. He was supposed to be the best in the city, and you could pay in instalments. While my dad was telling his pretend sister-in-law that he’d gone to school with the orthodontist, his client walked right in without even ringing the bell. He’d brought along a younger date, this bimbo wearing a red dress covered in rhinestones. Her dress was so short it looked like she’d forgotten to put her skirt on. My dad got up from the table and went to introduce himself to her. Danièle trailed after him. It was so obvious she already despised that chick. The two new guests came and sat with us like they’d known us their whole lives. The pilot talked hockey with a brother-in-law of Danièle’s, and the bimbo told us she’d just driven up from Quebec City.

The pilot’s name was André. Danièle brought him his plate and apologized because she hadn’t realized he was bringing a date. Had she known, she would’ve kept two plates in the oven. She’d heat up his date’s tourtière in the microwave. It’d be ready in a jiffy. The crust might be a little soggy, but it’d taste good all the same. For some reason, my dad then stood up and said the dinner had tasted like shit. Who knows why he did that. Of course, he’d already knocked back like ten Cinzanos plus some wine. He’d been downing the glasses Danièle served him in three gulps and drinking everybody under the table.

Danièle looked like she wanted to sink into the floor. It was probably the first time she’d seen my dad so plastered. I had to laugh, knowing it sure as hell wouldn’t be the last. My dad stomped down to the basement and came back up with an armful of steaks. He said he’d make us his famous pepper steak. It’d be way better than that disgusting tourtière. Danièle pointed out the steaks were frozen. No problem, my dad said. He had a special technique to thaw and cook them at the same time, just like at Deauville, his favourite restaurant. He tossed the meat into the oven to broil and then started whipping up his pepper sauce. I think he poured in half a bottle of brandy because when he tried to flambé the sauce on the stove, the flame shot up like six feet. Danièle freaked and switched on the exhaust fan on the ceiling. The flame then rose higher, right up into the fan. I was scared the house would go up in flames. Danièle and her sisters were screeching, and the smoke detector was blaring. My dad climbed on a chair, laughing, and bashed the detector with his fist to shut it up. Everybody went looking for a fire extinguisher, and my dad laughed even harder and called them all pussies. No way would the place catch fire. He’d made that pepper sauce a thousand times before. I snuck off down to the basement with my plate of tourtière to call Eve. I could hear the guests upstairs as they all bolted out the door. I expected Danièle to take off with them, but she stuck around. In fact, she cleaned everything up and then went to bed. I realized then that she was as dumb as my mom, maybe even dumber.

Geneviève Pettersen is a Montreal-based author, columnist, and screenwriter. She is currently working on a new novel.
Avery Kua

Avery Kua is an illustrator whose work has been published in The Kit Compact and the Globe and Mail.
Neil Smith

Neil Smith has won the Paragraphe Hugh MacLennan Prize for Fiction and been nominated for a Governor General’s Literary Award for Translation. His novel Jones comes out this August. 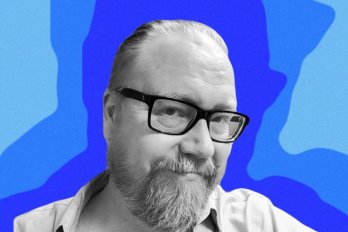 Animal Is My Inner Animal 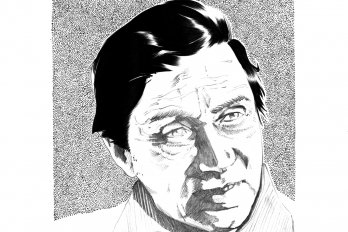 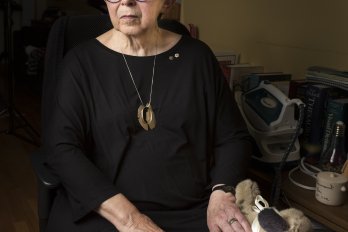 How One Translator Brought Quebec’s Greatest Authors to English Canada