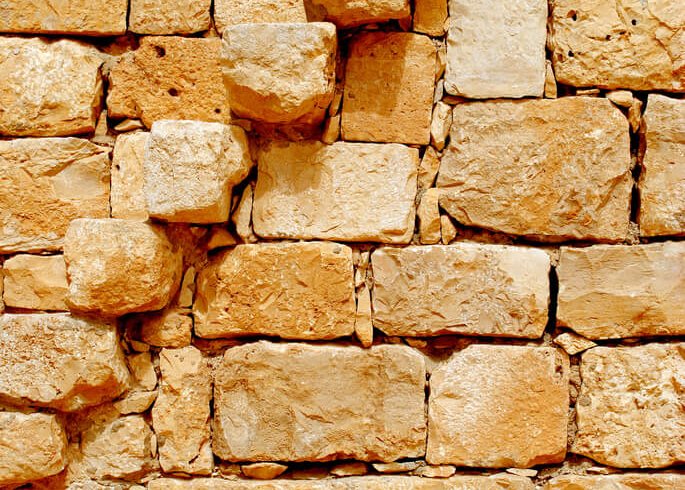 With a new Canadian government in place, political observers have wondered whether our approach to the Middle East—and to Israel in particular—will shift. Most expect that Justin Trudeau’s government will return to a more measured style, one driven by compassion for both Israelis and Palestinians.

But in any discussion of Israeli-Palestinian relations, it’s easy to forget that one of the most pressing—and underreported—policy issues is the treatment of the Palestinian citizens of Israel. Roughly one-fifth of Israeli citizens are Arabic speaking. Until their own concerns are addressed, the issue of how “Arab Israelis” (as they are sometimes called) negotiate their identity in a Jewish-majority state will remain fraught. While Canada declares itself supportive of both Israel and the Palestinians, Canadian policy is silent on the issue of minority relations within Israel.

It’s perhaps a bit ironic, then, that Yousef Jabareen, an Israeli Member of Knesset from the Arab Joint List party, invokes the Canadian experience when he advocates for minority rights for Arab Israelis—even if the drawing of such a parallel between our two countries may at first seem odd. Canada’s delicate dance between francophones and anglophones has been a qualified success, and bilingualism is an important component of this country’s multicultural identity.

In Toronto, a group of supporters of New Israel Fund Canada, a social-justice umbrella devoted to civil rights in Israel, was recently treated to a discussion of the state of Palestinian citizens’ rights in Israel by two visiting activists. Ron Gerlitz and Rawnak Natour are co-directors of Sikkuy, an Israeli non-governmental organization that has been working for twenty-five years to improve inequalities between Palestinian and Jewish citizens in Israel. I reached them that afternoon by phone.

The name of their organization (which means “prospect” in Hebrew) is optimistic, and so are they. But their message is bleak. Across a variety of indicators—funding for education, housing, municipal infrastructure, and economic disparity, Israel suffers from policy discrimination toward its Palestinian citizens. Jewish towns and cities tend to have a larger tax base owing to the presence of government buildings, military bases, and more commercial centres, they argue. To close the gap, Sikkuy would like to see the national government allocate more funds to local councils. And while 700 new Jewish towns or cities have been established since Israel’s founding, no Arab locales (save several Bedouin communities in the Negev region, which have their own controversies) have been built.

Israeli citizens, of course, can live wherever they choose—in principle. But like all Canadian provinces do, Israel runs separate school systems (state, state-religious, ultra-Orthodox, and Arab), which means that there’s the practical issue of where residents can educate their children. Statements like the one issued two years ago by Upper Nazareth’s mayor, Shimon Gapso—he declared that his city would remain “Jewish,” and that he would seek to block the building of Arab schools—continue to make the climate hostile.

Then there are the symbolic inequities. In trying to promote the idea of a “shared society,” Sikkuy’s directors want to push back against the perception that “Arabic is the language of the enemy.” While Arabic enjoys official language status alongside Hebrew, Gerlitz and Natour point to the fact that the announcements on Israel’s coastal train are in Hebrew and English only. And then there are the little hilarious, but subtly demeaning, examples of linguistic embarrassments. The zoo in Rishon L’Tzion, they tell me, includes descriptive signs for each display in Hebrew and Arabic—but the latter translations simply say “animal.” And there’s the matter of the Knesset’s cafeteria sign, which has the word in English and Hebrew, alongside four gibberish Arabic letters. It’s pervasive, Ron tells me. There is not adequate Arabic language service even in buses that run within Arab communities; there is inadequate signage in universities, hospitals, and children’s museums. “Arab kids feel like strangers in their own land,” he adds.

What about the big national symbols, things like Israel’s national anthem, “Hatikvah”? While some Diaspora Jews—such as at least one columnist in the liberal-leaning Jewish Daily Forward—have contemplated adapting the lyrics from a “Jewish soul” to an “Israeli soul,” it’s a change that’s unlikely to happen. Unlike Canada’s apparent comfort with having two versions of “O Canada”—one in English and one in French—Israelis tend to be very tied to their national symbols in a way that doesn’t allow for the same flexibility.

Gerlitz and Natour believe their battles are better fought elsewhere. To influence attitudes among the Jewish majority, they think sacred cows such as “Hatikvah” should be avoided. Like other contentious issues—such as the question of Palestinian refugees’ right of return—the Sikkuy leadership is divided on the issue.

There is one sensitive area in which the organization’s staff is in agreement: that is, allowing Arabic schools to teach the Nakba, the Arabic term for the events of 1948—the creation of the state of Israel—whereby 750,000 Palestinian fled or were expelled, and many of their villages destroyed. Unlike the Jewish ultra-orthodox schools, which enjoy curricular independence, Arabic schools have only limited control over a curriculum that is overseen by Israel’s Ministry of Education.

In keeping with the goal of enabling the Palestinian historical experience to be discussed more openly, Sikkuy would also like to see national parks provide signage of the full historical context behind each tourist site, alongside the descriptions of ancient periods. They are enjoying one recent victory on this front: the National Park Authority has promised Sikkuy that at Kibbutz Beit Guvrin, a UNESCO World Heritage Site which happens to sit atop a destroyed Palestinian village, signage will now include information about the site’s Palestinian history. As Natour puts it, “Sikkuy doesn’t think the state should decide which narrative is the correct one. The state must allow both to exist.”

Sikkuy has enjoyed other, more practical, successes as well. The organization has successfully lobbied for public transportation into Arab towns and villages to expand enormously, and they’ve managed to shrink the caseload ratio for overworked Arab-sector social workers. Other social services, such as occupational therapy and speech therapy, can be difficult to access in Arabic. As Natour describes it, this is a function of the resource inequality within the educational system, which disadvantages Arabic pupils from the start. (Add to this the fact that there are no Arabic-language colleges or universities within Israel.)

In the long run, Israeli civil rights activists can only dream of the relative success we’ve had negotiating our own multiple identities: English and French co-exist successfully; the federal government pours money into training its civil servants to be bilingual; there is a thriving network of French-language colleges and universities. A generation from now, perhaps we will be able to say the same of Israel’s Jewish and Arab communities. It’s a goal that Canada, of all nations, should be proud to support.

Mira Sucharov is associate professor of political science at Carleton University, and a member of The Walrus's editorial review committee.