The Organization of Play | The Walrus
Skip to content 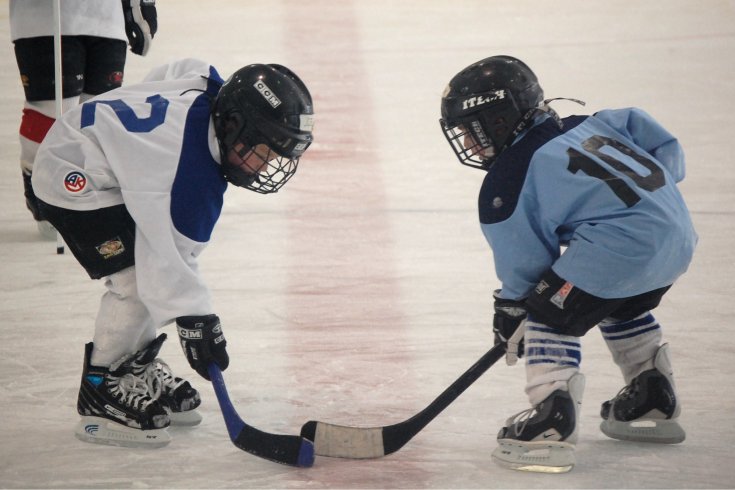 When I was twelve years old playing for Humber Valley in the Toronto Hockey League, our season began in late September and ended in mid-March. During that time, we played thirty-five regular season games, three exhibition, and nine playoff games—forty-seven in all. I know because I kept a record which I still have. We practiced once a week, played in no tournaments; nor did our opponents. All our games were local even if they were in rinks spread across a sprawling suburban Toronto. The teams advancing to the championship final—which we didn’t—played in one additional best-of-three series. That was it. No more games or practices, no more weeks or months of the year: nobody played more.

All in—equipment, facilities, team registration fees, number of games, and practices—the cost to our parents for us to play, in terms of money and time, was modest.

Today, for a boy in Red Deer, Alberta, next year’s bantam season started a few days ago, on the first of May—in a gym, doing off-ice training for an hour or more a day, five times a week. In June, he’ll add on-ice training to this: twice a week, an hour each time. Then three times a week in July, more in August, with less time in the gym.

In September, his formal season will begin, with games as well as practices and training. From then until the middle of March, his weekly schedule will vary little:

He will also have occasional weekend tournaments. His home games are local; his away games and tournaments require travel.

This year, the cost to be a member of the Red Deer bantam AAA team, all in, including parents’ expenses (for tournament, regular season, and playoff travel) is estimated to be $19,900.

It’s the same for kids and parents whose interests are in the arts, music, anything. There are more teachers, more lessons, more opportunities, more demands, involving more hours and more money.

There is always a way to do better, and always twisting at the gut of a parent—the same desperate need to help kids be “the best they can be.” Whether that is as pianists or hockey players, or even the best they can be as kids, this distinction gets often muddied or forgotten. When more is possible, more is hard to resist.

Hard as this life is for any family, how does one manage with more than one kid? With fewer than two parents?

As a result: today, fewer kids play “elite” hockey; more play “house league,” A or AA, or don’t play at all. It is the same for elite kid musicians, elite kid dancers, elite kid everything.

Does it matter if fewer kids play? If fewer dream for fewer years? If fewer make it to the top?

Once, our 10,000 hours were mostly personal, private, cheap, and easy—mess-around, ball-hockey hours in our backyards and driveways. Now our 10,000-plus hours, requiring paid instructors and others, are intense, focused, and expensive. More has become possible; possible costs more.

The race to the future begins earlier in life—wasting time means falling behind. There’s always a way to be better. Nobody has the right not to be, or not to enable their kids to be, the best they can be. Not to do so would mean leaving on the table some capacity that is in us that we haven’t yet maximized. In this world, does simple play—simple, unorganized play, with no other, bigger, longer-term agenda—still matter? Is organized, professionalized play the only way?

Why did I love those ball hockey games in our backyard in Etobicoke? It was a time with friends to mess around—sometimes to be alone—to try new things, to get some right and some wrong, and to try again. To fantasize. To dream. It was on our own time—no referees, no rules except of our own making, no parents. It was something that belonged to us. It was ours.

What is kids’ play today? Sometimes with friends, sometimes alone; messing around, trying new things, fantasizing, dreaming, on their own time; no refs, no parents, doing something that belongs to them? Video games. This is how kids have taken back play.

Ken Dryden was both a member of Parliament and minister of social development in the Paul Martin government. As goaltender for the Montreal Canadiens in the ’70s, he helped the team win six Stanley Cups, and he played with Team Canada 1972. He is a member of the Hockey Hall of Fame and Canada’s Sports Hall of Fame, and he has written six books, including The Game and, most recently, Becoming Canada. He teaches at McGill, Calgary, Ryerson, Saskatchewan, and Memorial universities. He and his wife, Lynda, live in Toronto and have two children.