The Moores of Scotland | The Walrus
Skip to content 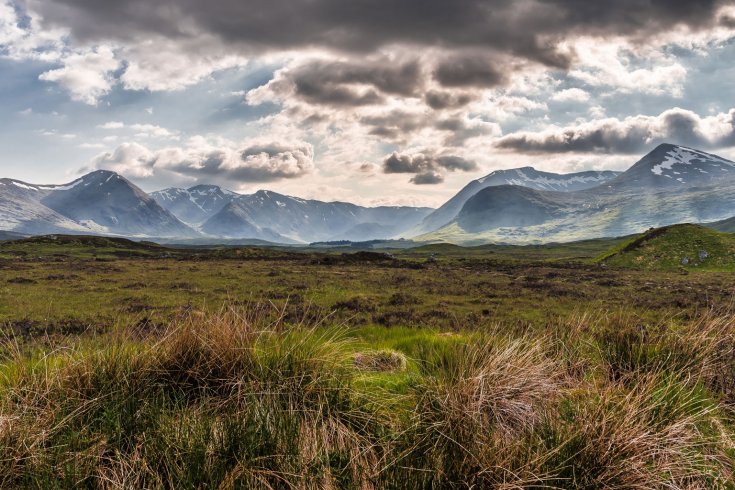 I always have been fascinated with fate and humans connections. How Marx met Engels, how Hall met Oates. How my Upper Canadian mother ended up with German grandchildren.

My family is full of counter migrations. My grandfather came to Canada in 1915 from the deep American South because he thought it might be fun to go to war. He married a judge’s daughter from London and settled in Toronto, never to return home. His other grandchildren (my cousins) now live in the South and speak with the same lazy drawl he had. Their children are Americans. Canada is as abstractly romantic to them as the Ireland and Scotland of my ancestors are to me.

The case of my niece and nephew is a little more convoluted (and apologies if all this really should come with a chart). My brother fell for a woman with a flawless backstroke at an Ottawa pool. She turned out to be from East Germany and already had a daughter (said niece). They married, and together produced a son. My brother’s wife spoke to the children in German and my brother, because he’s a practical man, decided he should as well.

When they were little, my niece and nephew would call my mother. It never occurred to them that their grandmother didn’t speak German, so they would chatter away to her for minutes at a time in a language that might as well have been Greek. On one occasion, she wearily hung up the phone and deadpanned to my father, “I thought we won the Second World War.”

Would that she had lived to see her granddaughter’s wedding day. In the ruins of an abbey in the Scottish Borders, my kilted brother walked his daughter to an altar next to the grave of Sir Walter Scott. Her Scottish husband placed my mother’s eternity ring on her finger, her biological dad delivered an address in German and we affirmed the union with champagne and vegetarian haggis. A piper wailed through most of the proceedings.

She tells me that she was accepted to colleges in Belfast, Aberystwyth, and Aberdeen. “I wanted the UK because of your family’s history,” she tells me, “but even now I don’t remember why I settled on Aberdeen.” Neither do I frankly. Aside from the fact that it’s close to my favourite distillery, I’m not sure what the appeal of Aberdeen might be. It strikes me as the Pittsburgh of Scotland. But there, Vivienne would become president of the Aberdeen International Society where she would meet a man returning from a Spanish language teaching engagement. Vivienne and Craig would fall in love. Now they are married and moving to Canada.

Like I said, I am fascinated by how people who choose to spend their lives together meet. I worry that sometimes they don’t meet. I’m told an actuary once calculated that if you live in New York City you will have six opportunities to come into contact with your potential partner. If you don’t end up sharing a cab during a rain storm, one of you will hold an elevator open for the other on their way to a job interview.

I met my partner when someone who was supposed to be a guest on a radio show I worked on slept in and dispatched him as a replacement. A friend of mine named Jill was immigrating to Canada from the United States. The immigration officer she was assigned to at random at a Vermont border crossing leapt on a motorcycle and charged to Montreal, where he met her in the lobby of the hotel she had declared as her temporary residence. “I knew the minute I saw you that we had to be together,” he blurted. I know it sounds creepy. But they’re married with two kids.

My friends Jeff and Kindy—an aboriginal Canadian and a British-born Indian—met at random in Greece. Michelle and Roy hated each other when they clashed on a political debate show where she argued for the NDP and he represented the Reform Party. Married for five years now.

Under a Celtic summer sun this July, we danced a ceilidh at Vivienne and Craig’s wedding. In the grand reel, I grasped the hands of and whirled around my brother’s wife, my sister, the mother of the groom, my cousin Rhonda, the bride, and the ghost of my mother like strands of wool in a giant loom.

And later this year, the newlyweds will follow in the footsteps of their ancestors, leaving Europe for an uncertain life in the new world. Maybe this time for good.

The Right of Return: Why We Want to Come Home