The Kids Are Alright | The Walrus
Skip to content 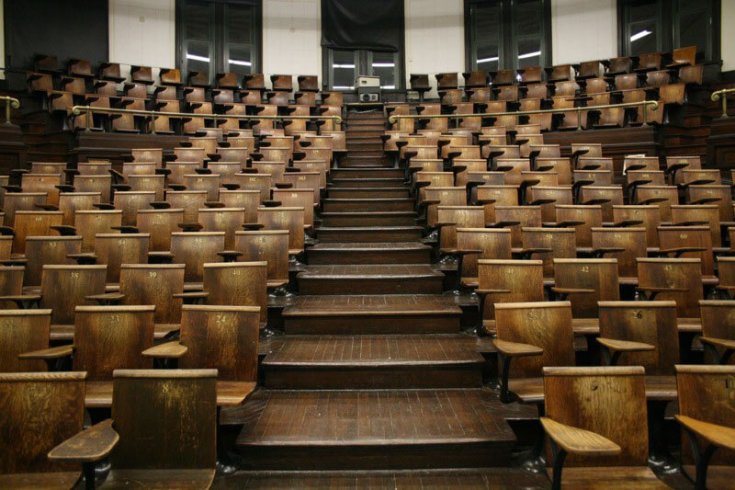 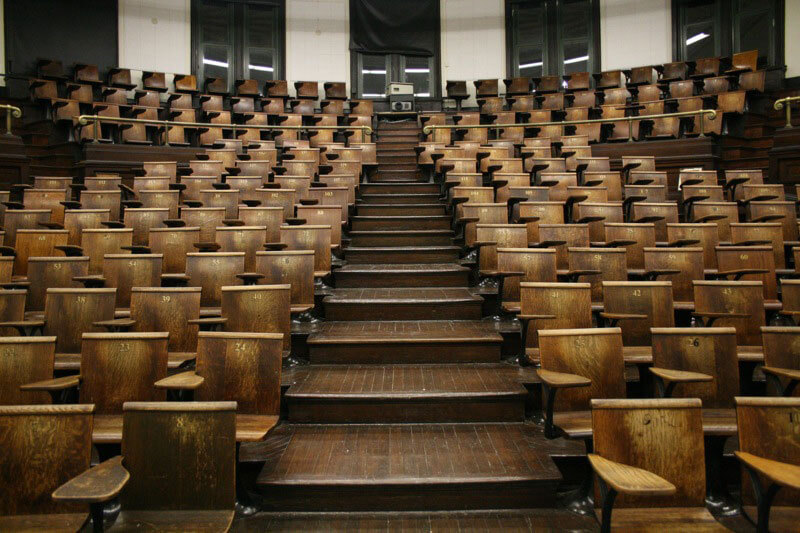 “Witness!” the shirtless War Boys yell to their comrades in Mad Max: Fury Road when they risk their lives to serve their army. I play clips of that post-apocalyptic film when teaching Cormac McCarthy’s post-apocalyptic novel The Road to my first-year English undergrads, most of whom will not major in English at my tiny francophone university. They are, like many of the students profiled in Ron Srigley’s recent article “Pass, Fail,” intellectual tourists (or conscripts) passing through a Humanities course. Srigley would presumably find my madmaxing, with its “loud soundtrack,” culpable in his lament of the “eradication of content from the classroom.” Au contraire. I follow this film clip by quoting a tenth-century section of the Eddic poem Hávamál, and its similar insistence on earning a reputation for a noble death. Invoke a little contemporary ISIS and jihad, circle back to McCarthy’s The Road and its inculcation by oral legends in a post-print world—lesson made.

Like Srigley, I have to admit that for all my hope and planning, this lesson won’t change the souls of some of my students. Unlike Srigley, I don’t think that because they have smartphones and I use film clips that, “they are not students, and [I am] not a professor.” Distracted students have always been distracted and great students are still great students.

Yes, university education, now as always, has many flaws, but attacking students for being the net natives that they are isn’t a fruitful lament. While Srigley’s dissatisfaction with the ever-expanding and overpaid university administrative class is laudable, he forgets several fundamentals of teaching that are manifest in any learning environment, from grade five to the online courses he loathes: intelligence, and learning style, come in various forms. All education, he implies, should be the education that works for him as learner and teacher: verbal lectures with heavy reading. This constitutes the same narcissistic “mirroring” he bemoans in curricula designed to please. Forget that Richard Feynman couldn’t do his physics without sometimes setting aside the graph paper to reach for his bongos. If only we could have kept Einstein away from that pesky violin.

True, a proper university education does not exist without heavy reading. But edutainment that sacrifices content to please crowds, and the administrative insistence on education as customer service, are not the new post-millennial threats Srigley suggests. Just one hundred years ago, studying literature in your native language—the same literature Srigley worries we don’t read enough of now—was considered facile and popular-therefore-bad. For the majority of their history, Western universities reserved the study of literature to Greek and Roman literature, not anything so down-market as novels in your own language. As Terry Eagleton, royal chronicler of anglo-literary study, describes, “In the early 1920s it was desperately unclear why English was worth studying at all; by the early 1930s it had become a question of why it was worth wasting your time on anything else.” As soon as the once-revolutionary English gained centrality, it became (and largely remains) just as hostile towards the upstart creative writing as the Edwardian philologists and classicists had been towards it. Genuine education of the kind, I hope, both Srigley and I seek (in our different ways), is always under threat, and there were never any good ol’ days. Try to find a soldier or doctor who doesn’t think today’s new recruits and med students have it too easy compared to their day. “Nostalgia,” Douglas Coupland warns, “is a weapon.”

According to Horace, good literature must both “delight and instruct.” Why, if you want your lessons to be remembered, shouldn’t your teaching strive for the same? Yes, simply offering student “customers” what they already want to buy is cowardly and ruinous. Harry Potter books and vampire television have already been consumed before university, and they should only ever be spices in it, never entrées. However, we always teach in a now, never a vacuum, and our now is wired, wired, wired. Smartphones and the online networks Srigley decries are the contemporary distractions for a humanity, not just a student body, that is always distracted. In the early 1700s, Cambridge professors lamented how much time students wasted in coffee houses. Student union buildings, my parents’ generation tell me, were once giant games of bridge. Srigley risks sounding like Saint Bernard of Clairvaux, the twelfth-century French abbot who wanted to shut down the new technology of flour mills. The mills were not only becoming popular with farmers, Clairvaux warned, but were attracting prostitutes. Curbing prostitution (or student e-distraction) won’t happen by banning the mills (or digital networks) we can no longer live without.

The Pareto principle holds that 80 percent of effects usually come from 20 percent of causes (in everything from sales to sports teams to organizational productivity). Take any classroom of students anywhere in the privileged West, and, true, the majority of them may not be putting enough into their liberal arts educations to have their lives transformed. But no education, at any time, will transform everyone. Only a small fraction of students will be deepened and expanded by their studies. When briefly living by my pen outside academia, I supplemented my writing income as a supply teacher. A gym class with grade-three students had me supervising a cooperative game involving a rubber chicken and several bean bags. 20 percent of the students chased those bean bags like they were keys to save the planet. 80 percent wandered around. Same as it ever was.

Darryl Whetter is a professor of English and creative writing at the Université Sainte-Anne in Pointe-de-l'Église, Nova Scotia.