The Importance of Being First | The Walrus
Skip to content 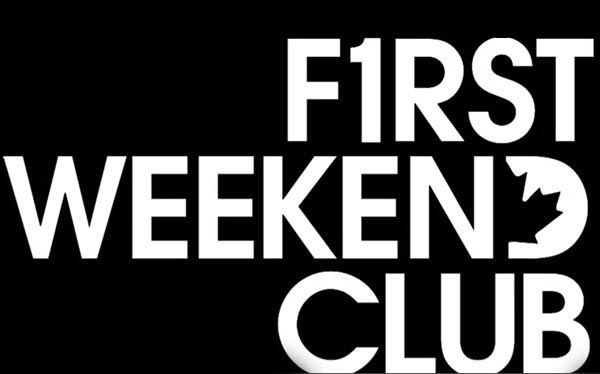 After spending four years writing, directing, starring in, and producing the Canadian indie Hit ’n Strum, Kirk Caouette couldn’t find a single film festival that would screen it—not Toronto, not Whistler, not Vancouver. The film, about a Vancouver busker’s relationship with a lawyer who hits him with her car, was seemingly doomed to an eternity of screenings in friends’ and family members’ basements and living rooms.

But just as Caouette was giving up hope, the Canadian Film Fest slotted Hit ’n Strum into its 2012 schedule. After a successful debut at the tiny Toronto fest—Caouette won the best actor award, and the film won for best cinematography—a screener of the film made it into the hands of Anita Adams, founder of First Weekend Club, a non-profit organization dedicated to promoting Canadian films. Adams fell in love with Caouette’s movie, and lobbied Paul Gratton, director of programming at the Whistler Film Festival, to include it in the 2013 festival. He did. Finally, a film that had been categorically rejected the year before had an audience in Western Canada.

First Weekend Club then got to work promoting the film for its theatrical release. The club got a sponsor on board, and used the sponsorship money to buy tickets to the premiere for important media types; they organized contests and promoted the film on Twitter. This March, when Hit ’n Strum opened at the Fifth Avenue Cinema in Vancouver, it screened to a sold-out audience. It lasted five weeks in theatres in Vancouver, then opened in Toronto and other Canadian cities. “Most Canadian films have two weeks if they’re lucky,” says Adams. “I feel like First Weekend Club played a really active role in helping that film succeed.”

Adams started the First Weekend Club ten years ago to help spread the word about little-known and little-seen Canadian films. She was inspired to action after attending the 2002 premiere of The Rhino Brothers, a hockey drama directed by Vancouver’s Dwayne Beaver. “I thought it would be exciting—opening night, all the Canadian actors and the talent and everybody would be there,” she recalls. But, aside from Adams and her mother, there were just three other people in the audience. “I was just appalled,” she says.

Adams did some research and discovered this was a common problem for Canadian films. It still is. According to the latest data available from the Motion Picture Theatre Associations of Canada, Canadian films accounted for just 2.8 percent of the domestic box office in 2011. Nearly 87 percent of the money Canadians spent at movie theatres that year went to US films, while the remaining 11 percent was spent on other foreign films. A Canadian film needs a strong box office return in its first weekend for it to live to see a second, and with stats like this, the odds of that happening are slight.

Having worked for years in the film and television industry as a development officer and producer, among other roles, Adams began sending out emails to people she thought would be interested in seeing Canadian film. Her email updates about what’s playing, when, and where soon took off, and today the First Weekend Club has 15,000 subscribers. It often works with filmmakers and distributors to organize special events around a film’s opening, promoting special events on its website, Twitter, and Facebook. It has supported more than 300 Canadian films—and ignored many others. Adams says that if her club encouraged its members to see a lot of “crappy” films, she wouldn’t have a club to run for very long.

Most recently, the club got involved with the documentary The Sheepdogs Have At It, about the Saskatoon rock band’s rise to stardom, which Adams’ team discovered at last year’s Whistler Film Festival. They worked with the filmmaker and distributor to organize a Q&A with director John Barnard following its Toronto premiere, and hosted an after-party with members of the band in attendance.

Canadian films need to be coddled by organizations like the First Weekend Club, because, quite frankly, they need all the extra exposure they can get. Can you name the last trailer you saw on TV for a Canadian film? Probably not. But Hollywood films are everywhere. It’s been widely reported that one of this summer’s many US blockbusters, World War Z, had a marketing budget of $100 million. That’s more than Telefilm Canada spent on all the Canadian films it funded in the 2011–2012 fiscal year (Telefilm spent $95.8 million on feature films last year, of which $13.6 million was spent on marketing and distribution).

Filmmakers and distributors aren’t spending money to market Canadian movies either. Adams says distributors are unlikely to invest heavily in promotional campaigns for smaller, independent Canadian films because theatres just slot them in whenever they can. Consequently, a distributor may only learn of a film’s release a week before it hits the theatres. But Adams doesn’t blame the theatre owners. “They want to ensure that they’re going to get the biggest bang for their buck for the films that they have. If ten films are doing great and they’ve got a ten-film theatre, why would they pull any of them? ” she asks.

Caouette explains the problem like this: “Trying to get your movie into theatres when there’s an Avatar 2 coming out, it’s just very challenging. Our film scores very high with audiences. Once they sit in the theatre for a while and they watch the film, they love it, but to get them into the theatre, that’s just not possible.”

Enter First Weekend Club. Getting bodies into the handful of theatres that readily screen Canadian films is one thing, but the club also wants Canadians in Moose Jaw and Sault Ste. Marie to be able to watch the films that would rarely (if ever) grace the screens of their local cinemas. “Canadian films are so inaccessible right now. You can only view them for such an incredibly limited time in a few key cities. That’s it. Then nothing,” says Adams.

To alleviate that problem, the club is working to launch its own video-on-demand service, canadascreens.ca, so viewers can watch Canadian films from the comfort of their living room. Adams, though, is quick to squash any Netflix comparisons. First of all, Netflix is much bigger. The club hopes to have a modest 100 Canadian titles by its targeted public launch in October. Netflix dropped 1,749 titles from its archive in May, and nobody batted an eyelash. Secondly, unlike Netflix’s monthly subscription model, the First Weekend Club’s service will be pay-per-view: between $2.99 and $4.99 to stream a feature-length film, with much of that fee going directly to the rights holders.

Much still needs to be done to develop Canadian audiences for homegrown films, Adams says. She thought the club would have 50,000 subscribers by now—when it first launched, a wave of people jumped at the chance to join, but subscriptions have since plateaued—and she’d like more theatres in more Canadian cities to play more Canadian films. Although very few of those are opening in the next few months (the summer is typically reserved for Hollywood blockbusters), First Weekend Club is excited about its summer documentary selection, The Ghosts in Our Machine, and the award-winning drama, Blackbird. To find out why, where, and when you might see them, you’ll just have to join the club.