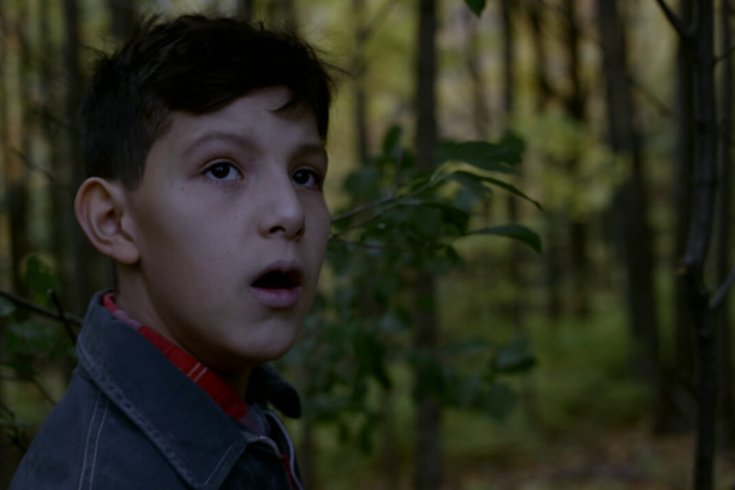 A child runs out of a red brick building and into the woods. The scene cuts to moments from his past: a dark room filled with children who are crying as scissors roughly shear their hair, a priest throwing a boy to the ground because he won’t recite a prayer. An old woman’s voice narrates of how 150,000 such children were taken to such residential schools, which were sometimes more than a thousand kilometres away from their families and home.

In the last moments, the camera pans away to reveal the frozen body of the child in the first scene lying next to the railroad tracks; his name, we learn, was Chanie Wenjack. Then the words “A part of our heritage” appear at the bottom of the screen.

Historica Canada’s latest “Heritage Minute,” the series of sixty-second shorts about Canadian history, was released on June 21, this past National Aboriginal Day. The video, narrated by Wenjack’s sister and written by Giller Prize-winning novelist Joseph Boyden, has already been viewed over half a million times.

By presenting the facts so dramatically, the new Heritage Minute ensures that people are listening—and that’s how reconciliation starts.

It’s surprisingly dark—and, within the context of the Heritage Minutes, surprisingly ambitious. While the series has tackled difficult subject matter in the past—Chinese railroad workers, the Halifax explosion—most of us remember its sepia-toned earnestness with at best affection for its goofier moments. To watch them tell the story of James Naismith is to believe that the invention of basketball hinged on the availability of peach baskets. Even—and perhaps especially—when they tried to deal with “great moments,” the heavy-handed writing and clunky acting frequently resulted in unintentional humour.

But the Heritage Minutes had, and continue to have, a serious purpose: they collect the stories that we tell ourselves about who we are as a country. A reluctance to deal with our hardest historical truths makes sense for a country that, despite an upcoming 150th birthday, has historically had such a fragile ego. We’ve grown up a bit since the Minutes were launched in 1991; as Anthony Wilson-Smith, the president and CEO of Historica Canada, pointed out in the March issue of The Walrus, recent ones have moved away from “chest-thumping origin stories,” and despite the fanfare that accompanied the 200th anniversary of the War of 1812, so has the rest of Canada. Yet we are still not immune to the urge to mythologize ourselves. In explaining the origin of the project, philanthropist and former Seagrams baron Charles Bronfman (who as co-founder of Historica came up with the concept for the Minutes in the mid-’80s) wrote, “No society can be of merit unless it has heroes, heroines, and myths.” Canada’s perpetual anxiety about its identity and the absence of national pride eventually spilled out into sixty-second TV spots that attempted to teach those foundational moments to viewers who knew more about George Washington than they did about Arthur Currie.

Perhaps unsurprisingly, many of these early stories were coloured by Eurocentrism and unreflective jingoism. One of the very first heritage minutes highlighted Winnipeg’s “Valour Road,” home to three winners of the Victoria Cross, while the first Minute to feature minorities celebrated Canada’s role in the Underground Railroad, where a collection of level-headed white people ostensibly delivered excitable slaves into the embrace of a just society. (At the end of the minute, a man rolls out of the piece of furniture he was hiding in and exclaims “We’re free!” “Yes, Pa, we’s in Canada!” his daughter replies.) A more interesting—and more Canadian—Minute might have explored Africville, the black community just north of Halifax that was demolished by city council fiat in the 1960s. Even “Nitro,” a Minute that deals with the racism and dangerous conditions faced by Chinese railroad workers, ultimately highlights their valuable contribution to a nation-building project, as an old man tells his assembled grandchildren of the price Chinese-Canadians paid.

Since 2012, when the Minutes project resumed after a seven-year hiatus, the way they have addressed diversity has improved along with the production values. And Historica deserves credit for the way the institution, which is a registered educational charity, has handled this particular moment of our not-so-distant past. When the Ontario government offered funding for the production of two Heritage Minutes on treaties, Historica not only suggested that one should instead be about residential schools, but also chose an Indigenous-owned film company to produce it.

But what makes this latest Minute so original isn’t how or why it was produced; it is that it focuses on an essentially irredeemable moment in Canadian history. The operation that residential schools were created to execute—to kill the Indian in the child—was nearly as epic and urgent a nation-building project as the Pacific railroad, but neither the goal nor the means ultimately can be justified. It’s almost a meta-heritage minute: rather than focus on our triumphs, it acknowledges a divisive and lasting hurt in order to bring us closer together. While it doesn’t editorialize or call anyone to action, by presenting the facts so dramatically it ensures that people are listening—and that’s how reconciliation starts.

Ultimately, acknowledging the foundational truths of our country is as important as sustaining foundational myths. This is the Minute that Canada deserves to see: not as some form of self-flagellation or abasement, but because we are ready to see it. And confronting that history—even if it’s only for sixty seconds—makes me feel more proud to be Canadian than anything else.