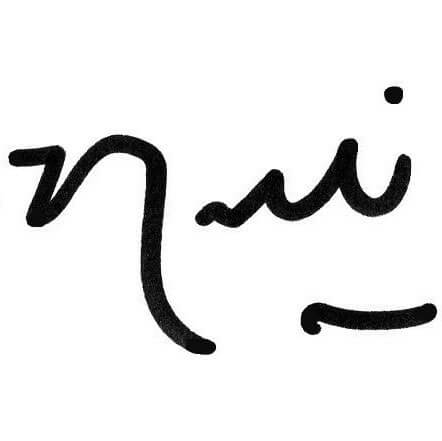 “You’ll be a disappointment till the day I die.”

One time, we got into a big row. She said something I didn’t really like, she said . . . I was a ridiculous failure.

I hit her in the face.

When the cops came I got down on my knees and prayed out loud to the Virgin to forgive me and have mercy on me. I started singing “Ave Maria.”

When he finished talking to Mom, they talked a long time, the older cop told me, “If this happens again, kid, you’ll rot in a cell forever.”

I tried kissing his hand but he ripped it away.

Another time (I’d knocked her over) Mom reached for the phone but I grabbed it and threw it in the toilet. She threatened to walk to the police department but didn’t. She just swore at me and called me a failure.

I stayed in my room a few days. Mom finally came in.

I pulled a blanket over my head.

“Useless,” she said. “Completely useless. What am I going to do with you? ”

I wanted to annihilate her but I stayed in bed praying to the Virgin to help me make it. If I prayed long enough, I knew I’d make it. It was just a matter of time.

One night I was performing at Linguini’s. As I sang “The Train Kept a’ Rollin,’” I started getting into it. I started beating my chest and tearing my clothes off.

A lot of people laughed but it didn’t discourage me. I was used to negativity.

I noticed—a guy at the bar, an older guy, had been watching me pretty closely. He hadn’t laughed once. When I finished, I went over to thank him.

He just smoked his cigar as I went on and on.

Some ash fell in his beer but he kept drinking it.

“You’ve got something,” he said at last.

He took a long drag.

“You’ve got something,” he said again.

I couldn’t help it, the tears started shooting out. I took his hand and kissed it.

He took my hand and shook it.

He reached in his jacket pocket for something.

It was a contract.

The first gig Barry got me was at a Baptist picnic.

I started with “Be Still My Soul.” I did it in a rockabilly style.

An old lady near the stage had been watching without blinking. When I finished, she turned to her friend and said, “There are such sad, sad things in this strange world of ours.”

Well, I wanted to annihilate her but I had to sing “Bless the Children.”

I got so excited by the song, I ripped my shirt off and bit my arms.

They didn’t quite understand me, they thought I was having a seizure. A man in a white suit came up to me and said, “You can go home now, son.”

“I’m supposed to sing for three more hours!” I said.

I swore. I threw my guitar then picked it back up.

Barry put his arm around me.

“Don’t take it too hard,” he said. He looked like he’d been crying.

We got into his Cadillac and drove away. When we ran out of gas we had to walk back to Indianapolis.

I chewed hard on my cinnamon bun.

“I can’t afford to support you. A grown man. If your father—”

“You’re going to have to start paying rent,” she said.

“That’s life,” she said, gathering up the money.

I wanted to sock her but I went to my room, I prayed to the Virgin. It took a few hours, but I finally calmed down.

After a gig at Pussycats, I was walking down to the green room, I overheard Barry say:

“He’s got something, yeah. But he’ll never make it.”

I went back upstairs for a few minutes then came down again.

Barry took a long drag and put his arm around me.

“Where’s your car? ” I asked, after we’d walked a few blocks.

Barry looked up. He pointed at a black building that was like a castle.

“The Metropolis,” he said. “The best of the best. All the greats have played there. Sinatra. Bing. Dean Martin.”

Barry stood there for a long time, looking up.

“You know, I used to manage Sinatra,” he said.

Someone shouted “Homos!” from a window.

It took a few hours to walk home but it didn’t bother me. It was a beautiful night.

Barry hadn’t called for weeks, so when a friend who managed Pandora’s (a lesbian bar) phoned me up I said “Yes, absolutely.” Mom had been threatening to kick me out all month.

There were only a few girls there but I sang to those three girls like they were the only girls on earth.

Two of them left right away. That was OK because the third girl was beautiful.

When I sang “Sweet Caroline” to her, she smiled the whole time.

When I finished I went up to her, I couldn’t help it, I got down on my knees, she was so pretty, and asked her to marry me.

She dumped her drink on me and walked away.

“Just get the hell out,” said my friend.

“Barry killed himself,” said the woman on the phone. She was crying.

“He jumped off the roof of the Metropolis.”

I couldn’t understand what she said next.

It was a month before I got back up again.

When I can’t sleep at night I think of Barry. I picture him there mucked up on the pavement turning his head and saying, “Don’t end up like me.”

It’s grim, but that’s what moves me, that’s my inspiration. That and all the beautiful girls of the world.

Mom threatened to kick me out if I didn’t find regular work. It took a while, it took almost a year, but I found it. I work every day now from 7–12 at night. I walk to a little building on the edge of downtown, go down a flight of stairs then another flight.

They call it the Dream Museum.

My job is simple. I do what people tell me to. I have my own office.

If a guy comes in and asks me to walk on his back, I do it. Or if he wants to scream at me. It’s easy money.

One guy asked me to go to the bathroom on him and not p-i-s-s, either, and I did it, I don’t like to think about it, I needed the money.

When Mom heard about the Dream Museum on the news, sometimes the cops show up, she threw the remote at me and swore.

“You told me to get a job!” I said, getting worked up.

“You call that a job!” she said, looking for something else to throw.

“I have friends there,” I said.

I didn’t answer her. Though I wanted to break her face.

I went to my room and propped a chair against the door.

I pulled a blanket over my head.

I prayed to the Virgin as Mom beat on the door.

I’m going to make it.

I am going to make it, I’m praying harder than ever, I’ve got to.

I’ve just got to.