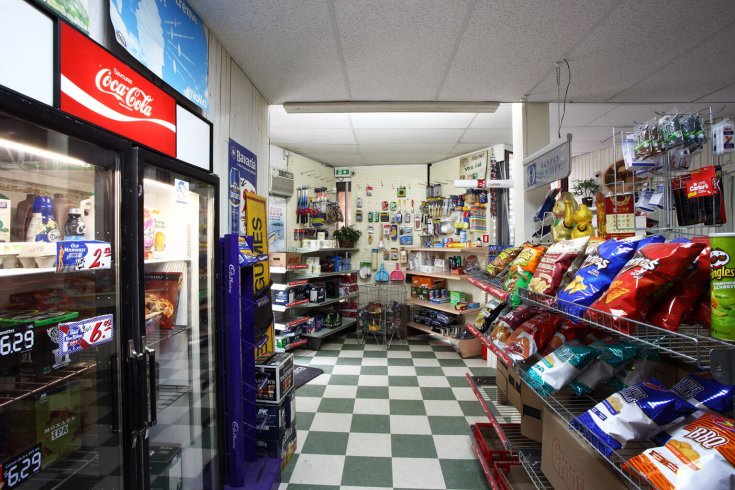 The Canadian Pavilion sits in the southeast corner of the Giardini, one of the Venice Biennale’s two official exhibition grounds. Tucked between the imposing British Pavilion and a tree-shaded coffee shop, the 1,600-square-foot structure doesn’t even show up on Google Maps. While many pavilions at the world’s premier art show wear their country’s name proudly—chiselled in stone above the door—Canada’s is covered in scaffolding, which obscures the title of Canadassimo, this year’s installation by the collective BGL, from Quebec City.

The part of the building not covered looks like a typical depanneur, the convenience store where your average Quebecer goes to pick up a bag of chips or a can of beer. On a recent summer’s day, with a welcome breeze coming in off the Adriatic, a few people mill about before heading toward a gap under the scaffolding. This is, in fact, the exhibit’s exit. The entrance, which is the door to the depanneur, is wide open. Next to it is a hand-lettered sign: Ouvert. All of this confusion is actually art.

“I would say 70 percent of visitors try to enter through the wrong door, and the other 30 percent who enter the right way do so because they think they can buy something inside,” says Simona Giannini, a warm Italian wearing bright red lipstick and a big smile, who stands outside with a National Gallery ID badge around her neck. “BGL didn’t want to put up Entrance and Exit signs, so we try to let people figure it out themselves. It’s my job to guide them to the actual entrance or invite them in if they are confused.”

An English couple and their three children approach. “Canada,” the father says. “I’ve heard it’s great for the kids.” The oldest, a boy of about eight, darts inside and shouts out, “There’s chocolate!” His mother quickly enters with a baby in her arms, as the father manoeuvres a stroller toward the door. Inside, they learn that the sweets are not for sale. The adults laugh, their toddler howls, and the eight-year-old begs for candy until Giannini points them toward the café next door.

A crew of construction workers with power tools adds to the chaotic scene. They’re using the artists’ scaffolding to repair a Plexiglas wall that BGL built to show a cascade of coins (the coins have been getting stuck). Subtle and not-so-subtle conflation abounds: A shop that is not a shop. An entrance that appears to be in the wrong place. A mixture of French and English with some bubbly Venetian-accented Italian thrown in. A friendly person eager to help you, but not in a pushy way. It all feels very Canadian. 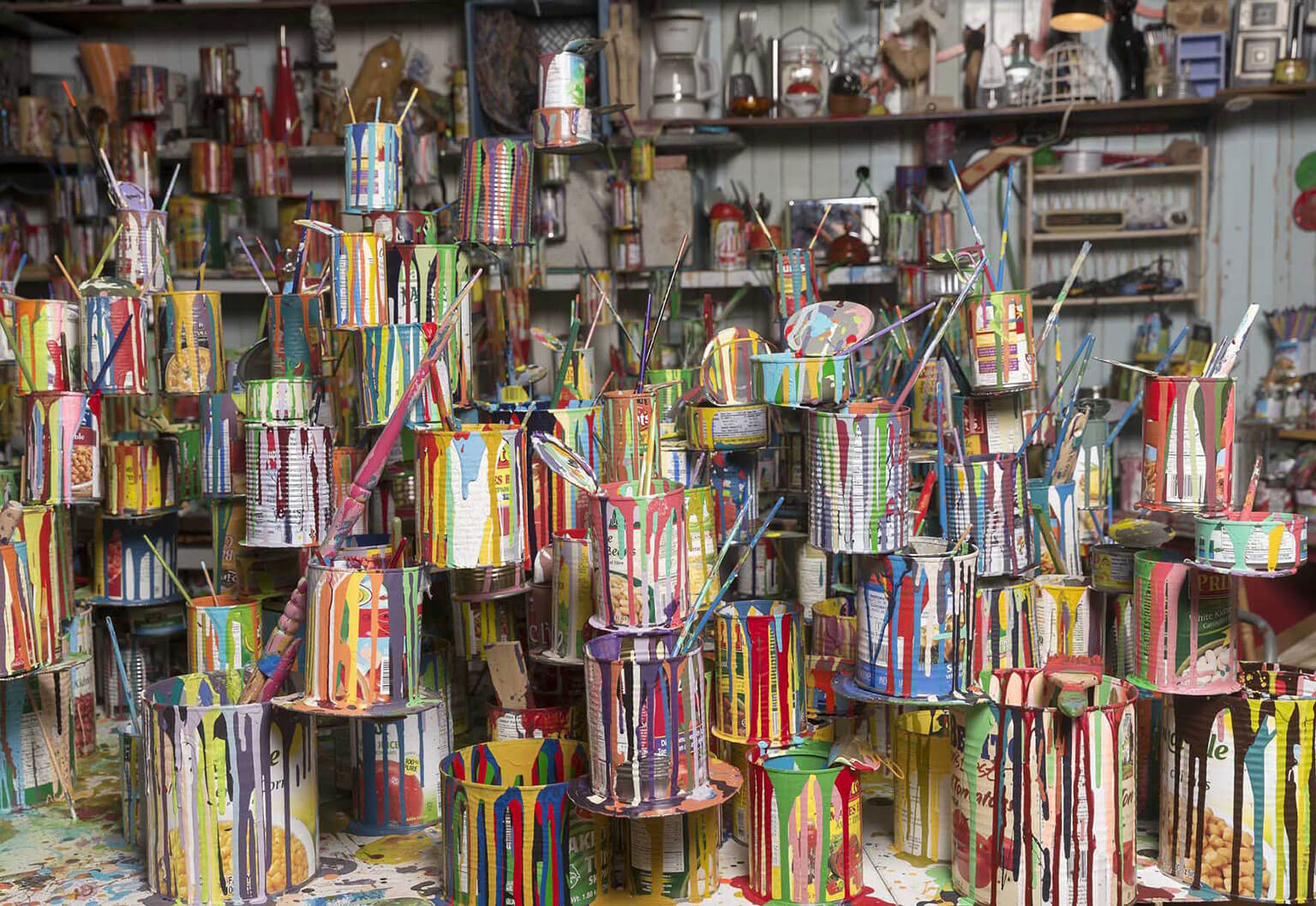 Of course, Canadassimo suggests just that, though passing Italians can’t help but point out that the word is made up. “If a man is handsome, he is bello,” Paolo De Sanctis, a Sicilian, explains to his German friend. “If he is very handsome, he is bellissimo. To say that you are very Canadian, I would say molto Canadese. So Canadassimo doesn’t mean anything, but the artists wanted it to suggest something.” De Sanctis looks back at the scaffolding with a long, slow shrug. “I think.”

Most who find their way to Canada’s little corner of Venice say they enjoy it. A year ago, Matteo Molinari, a Milanese, visited Vancouver, where he happened to see a Douglas Coupland show. “I don’t know anything about Canadian art,” he says, “but I thought there might be something similar about the colours—something playful. There is a questioning of commerce here.”

A middle-aged Canadian who now lives in Milan stops by for his second visit of the weekend, this time with two Finnish friends. “It’s just like those shops I remember from Quebec,” says Steve, who doesn’t want to give his last name. “It even smells authentic.” One of his friends, Anna Kelo, says, “For him it was about nostalgia. For us”—she points to her partner, Petri Uusikylä—“there are no big emotions. There is little of interest here for us.”

This leads to a discussion about whether Canada is trying to pull off a big inside joke, and whether that’s the same for most of the exhibitions: a nation wants to say something to the outside world, yet it’s really just interested in itself, in its own kind. While some countries, such as Iraq and Syria, use their spaces to illustrate the human toll of war, Canada’s is devoted to dowdy little outlets that sell lottery tickets and frozen pizzas. Its very ordinariness risks obscuring the intersection of commerce and culture—how a simple corner store can provide a livelihood for an artist. But even those who are able to grasp Iraq’s exhibit can do so only because of news reports. A national pavilion’s real effect is almost always greater for those in the know.

Late in the afternoon, a tour group of more than thirty arrives. Only a few can enter the pavilion at a time, so Giannini asks them to form a queue. Suddenly the entrance becomes obvious to passersby, and many join the line. But Rodrick Diallo, a young, fashionable Parisian in thick-rimmed sunglasses and a white Mickey Mouse T-shirt, decides to return later. “I don’t know anything about the Canadian art scene,” he says, in what has become a common refrain, “but I’m curious. I’ll be back.”

Giannini, for her part, wishes Biennale attendees would spend more time studying the actual art. “There is all of this,” she gestures to the exterior signage, “and a lot of people find it confusing. That’s the point: people have to overcome that feeling. They can’t just rush through without considering what the artists are trying to do.”

She stops three people moving toward the exit and redirects them to the entrance. As she does so, a couple from Germany walks out from under the scaffolding. They check Canada off their official Biennale map and head down the gravel path toward Russia’s more palatial pavilion.