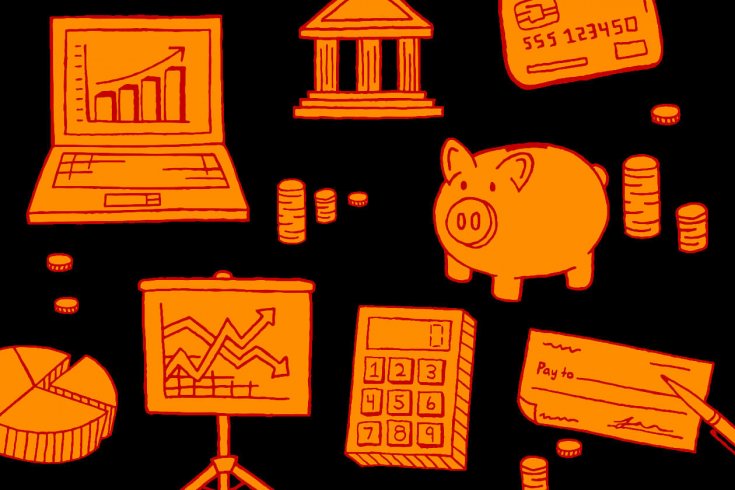 The CBC archival footage has VHS grain and an orange tint. It’s 1988, and Neil McDonald is interviewing what appears to be fairly comfortable middle-class Canadians about Toronto’s ridiculous real estate prices. “It’s a terrible sentence to move to Toronto,” says Alice Hogg (grey hair, crows’ feet wrinkles). “I was basically disgusted at what we would be buying,” says Ben De Jong (also grey, but with a caterpillar moustache).

As a millennial watching the video now, I find seeing aging boomers outraged at the cost of living to be a precious experience. Then, as now, speculation had driven prices stratospheric. Between 1985 and 1989, the average price of a home in the Greater Toronto Area had more than doubled. Those who were headed for the city must have felt like the GTA had pulled the ladder up after itself. But their indignation wouldn’t last long: in 1990, the Bank of Canada, attempting to cool hockey-stick growth in the Toronto housing market, jacked up interest rates. The bank’s plan worked, and it triggered a recession. Between 1989 and 1997, the average price of a home in Toronto fell by almost 40 percent. Prices wouldn’t recover until the early 2000s.

Today, for the precariously employed millennial—likely trapped in one of Vancouver or Toronto’s $2,000-a-month basement suites—such a drastic approach might seem seductive, and the Bank of Canada’s decision to raise rates in July could be seen as an encouraging sign. The hike is only one-quarter of a percentage point, and today’s rate of 0.75 percent is a long way off of 1990’s 13.59 percent, but it hints at what many assume is a change in direction: our central bank may be signalling that it is time to “normalize” interest rates. But any significant tightening of monetary policy would almost certainly benefit the wealthy at the expense of those who are already struggling. Unfortunately, a cataclysmic end to our housing affordability crisis, engineered through interest rates by bankers in Ottawa, would also spell disaster for both the young and the old.

The Bank of Canada, in addition to printing money, lends it out at a premium. As an individual, you can’t borrow from the Bank of Canada, but your bank can, and this transaction determines the rate of interest on your mortgage. Central bankers manipulate interest rates to control inflation and economic growth. When times are tough, they make money cheap by lowering their rates—this makes it easier for businesses to invest and for consumers to get out and spend on credit, whether they have the money or not. When things are good—when too much money is sloshing around in the economy—these same bankers will raise rates to stop the prices of goods from going up too high, which would lead to inflation. In doing so, central banks attempt to keep our economy “stable.”

What stable means is up for debate. In recent years, economists like J. W. Mason have suggested that the over-eagerness of central bankers at the Federal Reserve to curb inflation may actually mask a more sinister motive. By raising interest rates whenever there’s growth in the economy—when wages begin to grow and employment numbers look good—central bankers guarantee that labour is precarious and cheap. Nobody can get too comfortable. This is important to consider whenever the Bank of Canada does what it did last month: raise interest rates. The decision is likely based on how our country’s financiers view the tolerability of unemployment in Canada, and whether the labour market is sufficiently slack to maximize profits.

The Bank of Canada’s decision to slash rates to historic lows in 2008, for example, was a response to the financial crisis. As investors panicked around the world, central bankers flooded their economies with cheap money to prevent them from seizing up. Since then, interest rates have remained low in Canada, with meaningful economic growth yet to materialize. These sustained low-interest rates have had a distortive effect on the Canadian economy. The housing markets of Vancouver and Toronto—driven by cheap money, speculation, and an economy that isn’t providing many opportunities elsewhere—have bubbled. And Canadian household debt—the amount held on credit cards, lines of credit, mortgages—has spiralled out of control, reaching 167.3 percent of household income in the fourth quarter of 2016.

This isn’t as bad as it might sound: cheap money has allowed Canadians to maintain their standard of living despite tough economic conditions, softening the blow of years of cuts to public services. Many low- and middle-income Canadians have turned to their lines of credit to bridge gaps in employment and to make ends meet. This is especially true for millennials, who have had to take on debt to attend increasingly expensive universities or to take on internships. But for older Canadians, much of their net worth is tied up in the inflated value of their homes. Should there be a significant correction in the near future, not only will many find themselves unable to make good on their car payments, they’ll find that the value of their homes—the money they’re counting on for retirement—has dried up.

Corrections have a habit of affecting those of modest means more severely than those with real wealth. A study published in 2013 in The Annals of the American Academy of Political and Social Sciences details the effects of the subprime mortgage crisis in the United States: “While large absolute amounts of wealth were destroyed at the top of the wealth distribution, households at the bottom of the wealth distribution lost the largest share.” This widened the already significant gap between rich and poor. If most of your savings are tied up in the value of your home, chances are that you’re less likely to have money in the stock market when things rebound—and, because you’re not that high up the corporate ladder, you’ll be the first to have your hours cut when your employer starts to fear for their future.

There are those who would benefit from a significant rate hike, however: namely, people who have had time to accumulate a diversity of assets. “Interest rates are both a cost and an income,” points out Mario Seccareccia, an economist and professor at the University of Ottawa. “And it’s the wealthy who are holding financial assets.” Raising interest rates today would amount to an inter-generational transfer of wealth: “the burden of higher rates [would be] on younger people. Students who are borrowing like hell. That’s where it’s going to hit.”

It is difficult to speak meaningfully about Canadian economic growth without acknowledging that something needs to change. Much of what growth we’ve had since the Great Recession has been unsustainable, driven by access to cheap money. Consumer spending and housing market speculation have masked our economy’s post-recession aimlessness. With the price of oil low and showing little signs of recovery, and with exports sagging, Canadians can no longer postpone having to think creatively about the future of their economy. What’s necessary is a radical restructuring that puts us onto a more sustainable path. In order to do this, we’ll
need low interest rates. Access to cheap money will allow us to make ambitious public investments in industry and infrastructure at a time when we need it most.

“We eliminated unemployment by declaring war in 1939,” Jim Stanford, founder of the Progressive Economics Forum and former economist at Unifor, writes in an email, “I say, let’s do it again! Let’s declare war on pollution and poverty. Mobilize all these idle resources in our economy (2 million or more Canadians who are effectively unemployed, whether they show up in the official statistics or not), and put them to work . . . The key precondition is a recognition that existing mechanisms for putting idle resources to work (ie. letting markets do it, with the occasional tweak from interest rates) are not working, and we need a more powerful, directed, and deliberate effort to put people to work.”

We’ll also need to be proactive about curbing domestic speculation in our housing markets through taxation and regulation. “It’s so easy!” Seccareccia says, “tax the capital gains more intensely based on how many houses you buy or the frequency.”

It remains to be seen whether Canadian politicians are capable of taking such measures, however watered down. As the Trudeau government finds its deficits increasingly difficult to sell politically, Liberal politicians will likely find themselves turning back to the rhetoric of fiscal responsibility. And while the Wynne and Clark governments’ foreign buyers taxes have had an effect on the housing markets of Toronto and Vancouver, with much of the demand for Canadian real estate driven by Canadians themselves, such policies seem to be more symbolic than corrective. What’s necessary is courage and a break from the political orthodoxies of the past: if we cannot shake our allergy to ambitious and long-term public expenditure—and we cannot quell our frenzy about the tyranny of regulation—we are unlikely to have an equitable or prosperous economy.

For Canadians today to show the same amount of enthusiasm that some did nearly thirty years ago when the central bank raised interest rates (“Hallelujah . . . Let’s hear it for this long-awaited economic bust!” Jack McArthur wrote in the Toronto Star in 1989) would require an almost blind faith in the economy. If we are to not just survive, but instead grow an economy that works for everyone, it won’t be a correction in interest rates that saves us—it will be a rejigging of the entire system.

In fact, desiring a violent correction is a kind of death wish. Yes, there is something seductive about using interest rates as a sledgehammer, especially with recalcitrant provincial governments. But millennials are by and large not rentiers, and a housing market collapse similar to that of 2008 would only deepen the inequity that the housing market represents. For now, millennials who are concerned with inequality and exorbitant rents should be focused, as they are elsewhere, on renewing the politics of public expenditure and redistribution.

Liam Sarsfield (@liamsarsfield) is a writer living in Toronto.