Shedding Our False Sense of Virtue | The Walrus
Skip to content 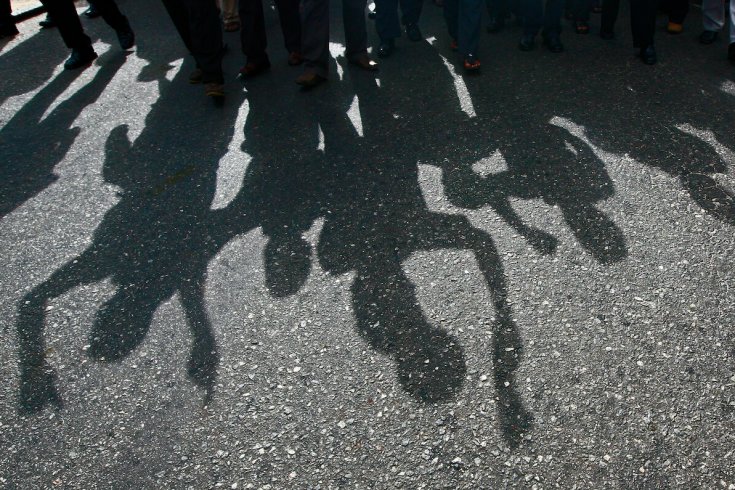 Speaking at a Black Arts Convention in late June 1967, H. Rap Brown, a leading revolutionary and disciple of Malcolm X’s doctrine of black self-defense, addressed black Detroiters. “Let white America know that the name of the game is tit-for-tat, an eye for an eye, a tooth for a tooth, and a life for a life . . . Motown, if you don’t come around, we’re going to burn you down.”

This war cry, on the cusp of the Black Power struggle of the 1960s and ‘70s, epitomized “black rage”—a consequence of “white rage,” which historian Carol Anderson describes as an insidious and dehumanizing force that “works its way through the courts, the legislatures, and a range of government bureaucracies. It wreaks havoc subtly, almost imperceptibly. Too imperceptibly, certainly, for a nation consistently drawn to the spectacular; to what it can see.” White rage is the most cunning manifestation of white supremacy.

Poverty, segregation, rising unemployment, and a nearly all-white police force that resembled an occupying army—in a society where black people constituted one-third of the population—crippled Detroit’s race relations. Before the uprising, black rage had been boiling steadily. Soon it reached and overflowed the gunwales.

On July 23, 1967, nearly one month after Brown’s prophetic threat, police descended on black revelers in a pre-dawn raid at a speakeasy in a poor black neighbourhood. A crowd assembled outside as rumors swirled that the officers had, yet again, used excessive force. 1967 commemorated Canada’s centennial, but it was also the year of the Motor City’s combustion.

For Canadians in nearby Windsor, Ontario, the uprising appeared surreal. Many gazed from places of safety and comfort—literally witnessing events unfold from across the Detroit River.

Canadians have long considered racial violence in the United States as the greatest distinguisher between the two societies. White Canadians perceived Detroit’s destruction as symbolic of a divided land beyond redemption—and saw Canada, naively, as a country of civility and racial harmony. But this smug attitude has encouraged complacency on social issues and contempt for racialized peoples, since many believe our national shortcomings could never trigger mayhem. The truth is that racial violence south of the border has shaped the ways in which postwar Canadian authorities have conceptualized and surveilled race and the threat of revolutionary violence.

The uprising in Detroit also exposed how a virulent form of racial caste in the US could soften the appearance of white supremacy in Canada. In the ‘60s, Canada was refining a policy of cultural genocide of Indigenous peoples through its Residential Schools—a decision that is still causing intergenerational horror. But as we remember the pervasive violence in the United States, we forget details about our own history: Canada, for example, permitted South African bureaucrats to visit Indigenous reserves and learn from our apartheid-like policies in the ‘60s.

One of the greatest threats to Canadian society today is this exact lack of introspection. That we considered ourselves “progressive” while our federal government permitted foreign white supremacists to visit Indigenous reserves is symbolic of a deeper problem. The explosiveness of US race relations has made Canadian society shine in comparison—despite its serious, but more hidden, flaws.

In 1967 Detroit, the US National Guard battled with citizens who, ostensibly, had transformed into insurgents. Canadians positioned themselves along various sightlines to watch their neighbour’s self-immolation. “It’s like a circus, or drive-in, as hundreds of motorists and pedestrians cram riverside parks with lawn chairs, beer and burgers to watch the show,” wrote one author. Gordon Lightfoot, the Canadian folk-rock and country musician, memorialized the uprising in a ballad called “Black Day in July.”

There are strong similarities between the ways Canadians consumed live images of Detroit’s destruction, and the ways US southerners enjoyed a Sunday picnic as they watched the lynching of an African American. The insatiable public consumption of such macabre events has a way of normalizing the unspeakable.

Some in Windsor did more than watch like awestruck spectators, though. Firefighters and other personnel drove to Detroit to aid its beleaguered municipal employees. Detroit firefighters, after all, had previously travelled across the border to save Windsor during the Great Fire of 1849. (In recognition of this life-saving aid, Windsor presented Detroit’s fire brigade with a speaking trumpet, symbolic of speechless gratitude.)

Within five days, before the smoke cleared and the embers cooled, the 1967 uprising had claimed thirty-three black lives and ten white, and injured almost 1,200 people. Nearly 7,200 people were arrested, and looters ransacked approximately 2,500 stores. The total estimated damage was $32 million dollars (US)—or nearly a quarter-billion dollars in 2016, adjusted for inflation.

In the postwar years, optimism generated from comparing race relations to the US misled Canadians: so long as lynchings, ghettoes, segregation, and urban uprisings exposed the dehumanization of African Americans, Canada could retain its status as a beacon of hope, notwithstanding its maltreatment of minorities. Herein lies what I call the paradox of progress: images of social regression and unrest in the US gave many white Canadians an inflated sense of moral authority and superiority. However, when one considers the nadir of Canadian race relations (including dispossessing and colonizing Indigenous peoples, enslaving Africans, interning Japanese Canadians, rejecting Jewish refugees fleeing Nazi Germany), it becomes difficult to disavow Canada’s national sins.

In Detroit, the concentration of marginalized African Americans played a significant role in the breakdown of race relations. Detroit had 1.6 million residents in the late 1960s, over 600,000 of whom were black. In comparison, merely 2 percent of Windsor’s 190,000 residents identified as black.

The systemic oppression of African Americans in Detroit and other cities symbolized powder kegs surrounded by visible and invisible trip wires. As one black observer pointed out during the uprising, “Things are so tense in the ghetto that on a hot day you take a swing at a policeman just to get a bit of a breeze.”

But in Canadian cities, a negligible black population helped authorities avoid serious friction. When conflict reared its head from Canadian soil, bystanders placed culpability on the true purveyor of racial strife: the US. By historically keeping the black population small through exclusionary immigration, and systemically denying blacks socio-economic opportunities—which forced many to flee and pursue enfranchisement in the US—Canadian officials reduced the likelihood of white backlash, thus enabling them to dismiss the existence of racism. For this reason, historian Robin Winks noted, “Canada could, it seemed, avoid prejudice by avoiding blacks.”

Notwithstanding its negligible black population, Canadian national security officials closely monitored the spread of black radicalism across the border, especially since the Black Panthers and the Front de libération du Québec (FLQ) had formed a cross-border, inter-racial alliance.

The fear that revolutionary strife would spread to Canadian cities existed in the highest office. When Pierre Trudeau became prime minister in April 1968, Martin Luther King Jr.’s assassination days before had triggered a new wave of violent protests in US cities. In November, Trudeau gave a speech in which he asserted that the US, in a bipolar world, was “more strongly threatened by internal disorders than external pressures.” Trudeau attributed the deep fault lines in US society to “problems created by urbanization . . . racial strife, and problems in many sections of the society . . . not only the young and the trade unions, but also the new elite, might seriously lead to large rebellions and large disturbances of civil order and of social stability in North America.”

Domestic turmoil in the US, the prime minister believed, could undermine Canada. In Trudeau’s words, “if in the next half-dozen years or so there were to be great riots, beginnings of civil war in the United States, I’m quite certain they would overflow the borders and they would perhaps link up with the underprivileged Mexican and the underprivileged Canadian.” The image of revolutionary violence “overflowing” a porous and demilitarized Canada-US border spoke to a possibility that Canadians officials had long dreaded. Trudeau argued that the true threat in the postwar period was not communism, fascism, or even nuclear war, but “the two-thirds of the world’s population that goes to bed hungry every night and large factions of our own society which do not find fulfillment.”

During Expo 67 in Montreal, French President Charles de Gaulle’s “Vive le Québec libre!” address sounded like a battle cry intended to tear Canada apart. De Gaulle delivered his death knell speech on July 24—the same week as when Detroit burned. Officials had reason to fear that some French Canadians, after hearing the general’s coded orders, might besiege Montreal, turning it into Canada’s Detroit.

After accusations of racism in Montreal sparked the costly computer centre catastrophe at Concordia University (then Sir George Williams University) in January 1969, and the FLQ incited the 1970 October Crisis, Canada was no longer a “fireproof house, far from inflammable materials”—to borrow the words of Senator Raoul Dandurand. In fact, these shocking breaches to Canada’s social firewall enabled the RCMP to ratchet up its counter-subversion cooperation with American national security and intelligence services. Perceiving as an existential threat the militancy of Indigenous and black people hoping to overcome colonialism and institutional racism, the Canadian government surveilled and infiltrated these communities—much like the FBI’s Counter Intelligence Program did in the US. The RCMP used agent provocateurs to entice law-abiding Canadians to embrace revolutionary violence, only to arrest them and discredit their communities.

While some celebrate and commemorate, and others contemplate and critique, Canada’s sesquicentennial, it is difficult to ignore the ways in which festering societal tensions have a tendency to erupt, even in an advanced liberal democracy such as Canada. Moreover, as Canada 150 arrives on the heels of the Truth and Reconciliation Commission, a youth suicide epidemic, and a public health crisis, is Indigenous frustration, like that of black Detroiters fifty years ago, reaching a boiling point? One might wonder whether white and non-white settler complacency in the Canadian context could ignite a protracted episode of Indigenous rage.

So far, Canada has managed to avoid the volatile and often cataclysmic racial animus found in the US (although Canadian anti-black racism persists without fail). But the millstone around Canada’s neck is the ongoing struggle of Indigenous peoples to obtain dignity and self-determination on their own land. Before our Detroit and US neighbours have an opportunity to lament over Canada’s national crisis, perhaps this multicultural, multiracial society will have worked with Indigenous peoples to right national wrongs—especially the ones outlined in the TRC.

Hope remains, but can Canadians match it with willpower, good will, and radical empathy?