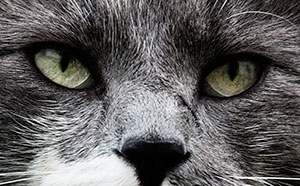 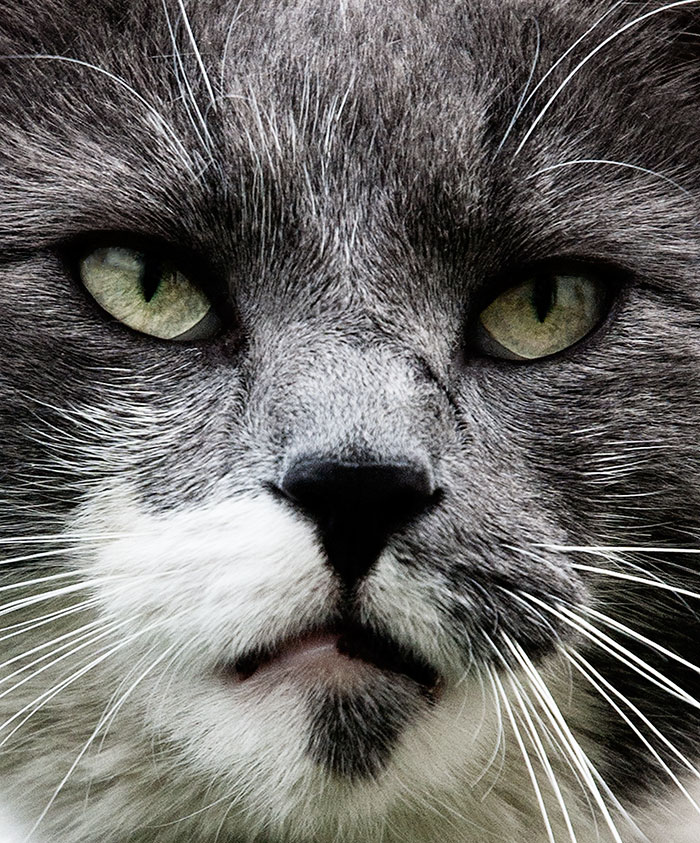 I am not at all surprised that my father has come back to earth in the form of a grey and white cat. It suits him. Though I do feel uncomfortable when I look into his yellow-green eyes. Those aren’t my father’s eyes—my father had blue eyes, with no yellow in them at all. Have you ever looked into a cat’s eyes and seen anything human? No. A cat has eyes like a hawk’s, or like a lizard’s. My father is no different: he has the eyes of a predator. His pupils grow large and black when he wants to bite.

Like all cats, my father cares nothing about me or my life. I always thought that if I had the chance to talk to him again, as an adult, we could discuss books, or philosophy, or the difference between speculative fiction and science fiction. I wonder what he would have thought of Oryx and Crake, for instance, or Joss Whedon’s Firefly. But no—he just wants to watch the birds and squirrels outside. He just wants me to put food in his dish every day.

In the mornings he is so eager for fresh food in his bowl that if I am late or forgetful he will swipe at me with his paw, claws out, so he can catch the fabric at my ankle. He isn’t malicious; he just demands to eat at the same time every day. It’s weirdly comforting to hear him crunch kibble on his sharp teeth as I drink my morning tea and read the latest issue of The Walrus. We have developed a routine together.

My father claimed to have respect for all animals, but I don’t know that he had a particular affinity for cats. He cared more for birds. He was the one who taught me how to recognize the reedy sound of a red-winged blackbird, the pointy feathers of a tufted titmouse, the flashing tail of a slate-coloured junco. So in one way, his feline form does make some poetic sense. In the afternoons I throw him a small foam ball so he can pretend he’s hunting. He pounces and catches the ball, practising his reflexes. Later he sits at the window so he can see the starlings through the glass. He watches them with a stuttering, chattering meow that says, I want to eat you. 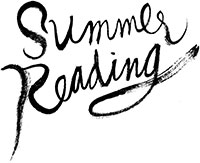 We asked five celebrated writers to devise five guidelines for composing a short story or poem. They all traded lists—and played by the rules.

My father was an angler, not a hunter. When I was a child he took me fishing almost every weekend. It was a boring way for a little girl to spend her time. I had to remain very silent and very still; if he did not catch any fish on any given day, we both knew it was because I had been too noisy. I suppose this is why I grew up to be a writer. Reading and writing were the only activities I was allowed to enjoy as we spent hours floating, mutely, in our green fibreglass canoe. If I wanted to fish, my father would set up a line and hook for me. I asked him once if it hurt the worm. He answered simply, Of course it hurts. How would you like to have a hook speared through your body?

The first time I caught my own real fish, it was a walleye. It was a cloudy fall afternoon, and the walleye were migrating back into French River from Georgian Bay. It was the season for them. I felt a tender, fierce tug on my line that made me cry out. I was able to reel it in myself; it was only a medium-sized fish.

My father was excited. She caught herself a walleye! he said to my mother. What a beauty! He meant the walleye.

It was dark gold and green, with a white belly. My father fastened a metal clip on its mouth and hooked it to a chain on the back of the canoe. We paddled back to shore and he pulled it out of the water. Then he killed it for me by striking it on the head with a river rock. I watched him kill the fish from about three feet away. The tail arched, and then it went flat. He made me put my own worm on the hook when we went fishing after that.

I throw my father a green foam ball and watch him chase after it. He can’t resist—he goes after the ball like a maniac, his eyes big and black. It bounces up against the legs of a chair and he reaches for it, leaping sideways, paws outstretched. He plays so rough, it looks as if he’s charged his poor head right into the chair. But then he stops, mid-pounce. He jumps onto the coffee table, where I have a stack of students’ stories to edit. I hear the unmistakable pump-and-gurgle that means he’s going to throw up. On my papers! How can I not take that personally? I pull the stories away just in time. And I see, in the clump of undigested kibble, grey with bile and stomach juices: twists of green, poison palm leaves. He’s been eating the leaves of the sago palm in the dining room. The plant makes him sick and he knows it. He eats it on purpose, to get my attention. I pick up his vomit with a folded paper towel. I ask him, Why do you do this? What do you want? My father blinks at me in silence, just like he always has.

One weekend he came home with a Styrofoam cooler packed with snails he’d collected near Parry Sound. The cooler fit in our kitchen sink, and my father pulled off the lid to show my mother. I only remember a few expressions ever falling across my father’s face. Most of the time, he displayed the bent brow lines of concentration or the narrowed eyes of disapproval—only rarely did I ever witness his delight. It was there the day I caught my first fish, and it was there the day he brought the snails home. The snails were bigger than grapes, smaller than plums, and the colour of wet stones—blue and grey, an ancient colour. My mother set to work. She peeled and pressed garlic and melted a hunk of butter in a tin measuring cup on the stove.

In not much time, the snails found their way out of the cooler and the sink. While a pot simmered on the stove with onions, garlic, and white wine, the snails began their exploration of the countertop. I was young, and still too small to reach the sink without a footstool, but there was one snail I could watch closely, as it was suspended upside down on the edge of the counter. It had two antennae, with a tiny knob of moving flesh on each end. The flesh was the colour of dishwater. The knobs danced a little as the snail moved ahead, like it was feeling the quality of the air. I blew on it, and the knobs shrank into the rest of the flesh. I ate him that night, and the others, with melted butter and garlic. We used the tiny forks with the coloured handles that came from the fondue set.

Later in the afternoon my father and I sit together in easy companionship. I know it is just an afternoon and that it will pass. He might scratch at my ankle again tonight. Or go back to the sago palm. I might think too much about how he soaked my copy of Annabel when he spilled my bedside glass of water, how the cover will always be warped now, even though I tried to save it with the hair dryer right away. I could fixate on the way he ruined my tea by dipping his paws in it this morning. My contempt for his bad behaviour could spoil the evening, and I could refuse to let him sleep by my feet like he usually does in the nighttime. That could still happen.

But right now it’s quiet, and I have a new cup of herbal tea, and the scent swirls up in a curl of steam so sweet it is as though a real orange has just been peeled in front of me. The way the steam turns in the air reminds me of the curve of my father’s tail. He is lying down with his eyes closed right now, but he’s not asleep. He lets me know that he is still wide awake and aware of everything in the room—the sound of my pen scratching in this notebook, the change in the air currents when I pull my hair back into a ponytail—by making the very tip of his tail do a slow twitch. He is lying in the sun at my feet and I am sitting in the easy chair, and for now we are at peace together. I detach the string from the stapled top of my tea bag and I hold on to the tag and dangle the string in front of his whiskers. He wakes up instantly, crouches, and stares at the string. I rest my wrist on the side of the armchair and let the string hang quietly. He watches. He watches. I try to sit very, very still.

Sarah Selecky was a finalist for the 2010 Scotiabank Giller Prize, and was shortlisted for the 2011 Commonwealth Writers’ Prize, for This Cake Is for the Party (2010).
Jessica Eaton

Jessica Eaton has exhibited her work at galleries and artist-run centres across Canada.