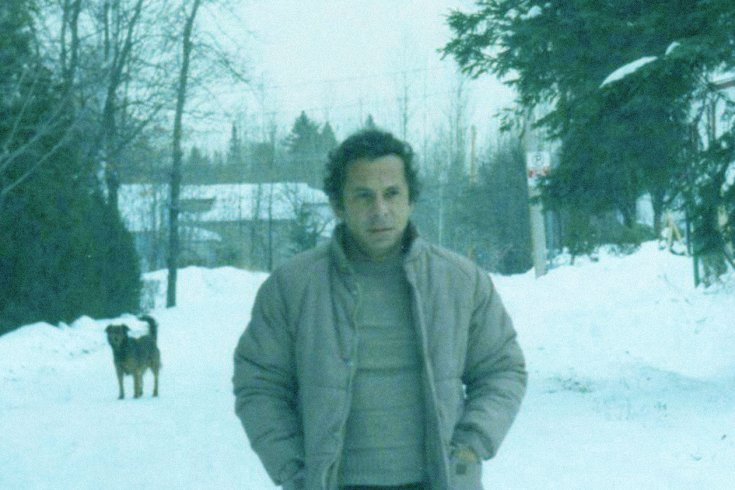 Courtesy of THE CANADIAN PRESS/CP

Over fifty years ago, a young Québécois writer was staring at a small pile of rejection letters. His clutch of manuscripts had been turned down by all of the province’s publishing houses. They deemed his writing immature, illegible, and too enamoured with breaking convention. So the twenty-four-year-old tried a Hail Mary: he sent a manuscript to Gallimard, the goliath of Parisian publishing responsible for the careers of many of French literature’s great twentieth-century figures. The gamble paid off. Gallimard would publish Réjean Ducharme’s L’avalée des avalés in 1966, as well as three more titles in quick succession.

The books, which display their author’s fondness for wordplay and are startlingly Joycean in their range of allusion, astonished readers. During the tumultuous ’60s—a time when every corner of Quebec seemed to beckon change but few people had any specific idea what shape it could take—Ducharme’s novels defined the Québécois people as having a distinct voice in the world. But by then, the author was already plotting his disappearance from public view. Like J.D. Salinger, Ducharme had, in his early novels, elevated youthful ideals and held in contempt adulthood’s corrosions. Equally Salingeresque, however, was his desire to shun the outside world. Only three known photos of the author are in circulation. The first, of Ducharme as a boy with a bow tie, is from a high-school yearbook. The second, of the writer as a young man, appears to be a passport photo. The third shows a grown man standing in a snowy driveway, his jacket open, two dogs watching over him.

By the time Ducharme died on August 21, nine days after his seventy-sixth birthday, he was a myth. His nine novels, five plays, two screenplays, and songwriting collaborations are part of Quebec’s cultural psyche. Ducharme has earned “a place apart from the rest of Québécois letters, on account of his work, on account of the mystery that surrounded his life,” wrote La Presse book critic Josée Lapointe, after Ducharme’s death. For the rest of Canada, he is still very much a secret. His English Wikipedia page is exceedingly brief, all of six sentences. His French one is longer, yet nowhere near the length of his English Canadian counterparts, such as Margaret Atwood, Mordecai Richler, and Alice Munro. Yet as the winner of three Governor General’s Literary Awards, a finalist for France’s Prix Goncourt, and an officer of the Order of Canada since 2000, Ducharme is a French Canadian institution, widely taught in the province’s college and university curriculums.

Rumours of his decline were circulating in recent years. His lifelong partner, the well-known film-and-television actress Claire Richard, died a year earlier. The couple had lived in the St-Henri borough in southwest Montreal for the past twenty years. She was his de facto spokesperson, accepting or rejecting accolades on his behalf. If he wrote anymore, Richard would often tell the media, she did not know when or where.

He hadn’t published a novel in nearly twenty years, not since Gros mots came out in 1999. Neighbours said Ducharme went out for long walks at night in search of collectible trash he would then use in what he termed “ready-made” sculptures, pieces where the artist assembles prefabricated items. He created these works under the name Roch Plante, and in the final decades of his life, built up a sizeable oeuvre in that practice. In 2004, Roch Plante published an art book dedicated to this body of work, and this now serves as Ducharme’s final publication.

It would be hard to overstate Ducharme’s revolutionary effect on Quebec writing. According to Annabelle Moreau, editor-in-chief of the literary magazine Lettres québécoises, Ducharme “created a literature for the province centered around our use of the language, which by extension grew into our sense of culture and national identity.”

Equally groundbreaking was Ducharme’s acceptance into the French literary pantheon. “Not only did it establish him as one of the greatest stylists of our language at a time when Quebec suffered from an enormous inferiority complex in regards to France,” notes novelist and translator Daniel Grenier, “but he did so by infiltrating their culture, by publishing his entire body of work in Paris, like a double agent of sorts.”

Unlike in English or Spanish, the rules for writing and speaking in French are rigid and hierarchical, with Paris assuming the undisputable center of the language for the wider Francophonie. Ducharme’s exceptional skill at bending and stretching French prose, capturing Québécois parlance while earning the praise of the French’s highest gatekeepers, was seen in Quebec as a giant step forward for an entire people’s voice. The burgeoning separatist movement quickly claimed him as a sympathizer, but Ducharme wasn’t keen on being co-opted by the politics that symbolically imbued his novels. “I don’t want people to draw connections between me and my novel” he wrote to friend Gérald Godin in 1966, the year Les avalées des avalés exploded.

The run of work that he published at breathtaking pace in his mid to late twenties—Le nez qui voque (1967), L’Océantume (1968), and La Fille de Christoph Colomb (1969)—set the rules of play for a Ducharmian story. His debut was set against a backdrop of the Quiet Revolution, and themes of religion’s stranglehold and rebellion abound, framed within deeply allusive portraits of family life. Ducharme’s depiction of Montreal in its own street-level cadences, coupled with its wide-eyed imagination, ambition, and naïveté of youth, would win him legions of young Québécois readers who, previous to him, had no author to call their own.

His field of play would expand with each successive title. Le nez qui voque blurred the lines between family and Quebec’s geography to create an aura of the province that is vibrantly alive but has a conflicted persona. In La Fille de Christoph Colomb, the explorer is an abusive father to his protagonist daughter. By 1973’s L’hiver de force, protagonists Nicole and André Ferran are adults whose childlike inner lives primordially control their outlooks. “I read L’hiver du force in high school,” says Moreau. “It profoundly affected me. Nicole and André’s language, their immobility and imprisonment, really dissected the young woman I was at this time.”

Published three years later, Les enfantômes is about siblings Vincent and Fériée, who are no longer even alive, but ghosts of children. It hinted that things were shifting creatively for Ducharme. His hand had begun to cool, and his legend was hardening into place. He wouldn’t publish another novel for fourteen years. When he resumed, he released three novels that marked the end of his oeuvre: Dévadé (1990), Va savoir (1994), and Gros Mots (1999).

Perhaps his best-known works are a pair of screenplays he wrote for filmmaker Francis Mankiewicz: 1980’s Les bons débarras and 1982’s Les beaux souvenirs. The pair’s initial collaboration is roundly considered one of the great films of Canadian cinema. It spotlights Manon, another child on the cusp of adolescence, as she tries to make sense of an unfair world. Set in the bucolic Laurentides region, the film captured Ducharme at his most accessible, his major themes shorn of symbolism and wordplay and made instead universal through the screen’s imagery. On film, Ducharme’s vision of Quebec was able to shine well beyond the Francophonie for the very first time.

One wonders why a writer as unique and as integral to Québécois literature as Ducharme hasn’t been better served by translation. It’s true, as has often been said, that his wordplay and culturally rooted symbolism—the very aspects that make him so resiliently Québécois—make him difficult to represent in another language. But he also hasn’t benefitted from the kind of cross-cultural ambassadorship bestowed on a writer when a single translator or publishing house makes a mission of showcasing him.

After L’avalée des avalés made its initial splash in 1966, English-speaking interest in Ducharme surfaced first in the UK, not Canada. Barbara Bray, a literary academic, undertook a translation that was published by Hamish Hamilton in 1968 under the title The Swallower Swallowed. It was one of her first literary translations, and the book never made an impact with British critics and readers. It fell out of print long ago.

The first attempt to translate him English Canada came in 1980, from a small press based on Montreal’s south shore called Héritage Amérique, which undertook 1973’s L’hiver du force. That same year, the author David Homel also translated an excerpt from L’Océantume as Bittersea for the literary journal Exile. Homel wouldn’t return to Ducharme until 1986, when he translated the Governor General’s Award–winning play HA ha!… for the same publisher. In 2000, small press Guernica Editions published Will Browning’s translation of Ducharme’s fourth novel as The Daughter of Christopher Colombus. In 2003, west-coast publisher Talonbooks published 1994’s Va savoir as Go Figure—Browning’s volley into late-period Ducharme. It would take another eight years for sophomore novel Le nez qui voque to appear as Miss Take with the same publisher. No other translations have emerged since.

Timing is everything. Réjean Ducharme was fortunate enough to have written about Québécois life as authentically as he could and was lionized for emboldening the province’s intelligentsia in the evaluation of its central existential crisis—is it subservient to the French language as dictated by Paris, is it Canadian as dictated by Ottawa, or is it something altogether more independent and self-determining? Unfortunately, no publisher came around at the right moment to make the case for what Ducharme’s body of work can mean to Canadian literature. With his death, Ducharme deserves a re-evaluation. His books brim with adventurous precedents our writers and critics routinely seek outside our borders. It’s high time English Canada saw that.