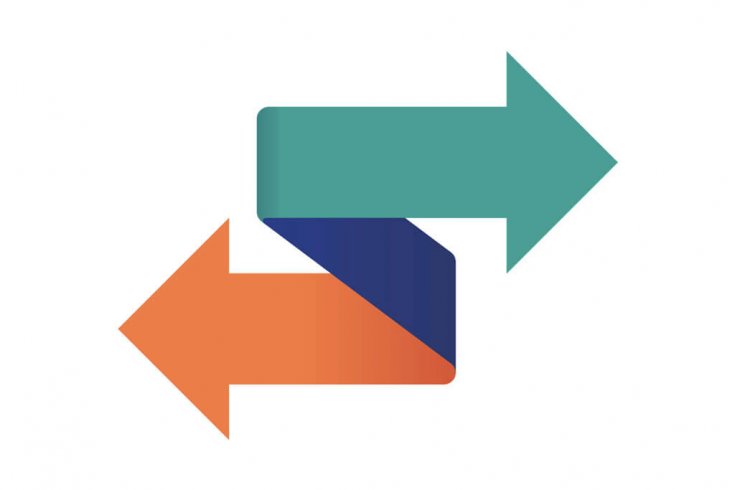 Imagine your community has a plant that manufactures industrial lighting. Customers include hospitals, schools, and office buildings. The plant employs sixty-five people. The community has received notice that it will soon be closing.

The owner of the business has four similar plants across the country. Because of high transportation costs, it was more cost-effective to have multiple plants able to satisfy customers in different regions. But the owner has decided to invest in new equipment to switch production to much more energy-efficient LED lighting. Not only is LED lighting better for the environment, it is smaller and lighter, and transportation costs are less of a factor. Consolidating the four plants into one will allow the owner to afford the new equipment purchase needed to switch to LED manufacture.

There are good things in that story: a growing business embracing innovation to produce better, environmentally friendly products more efficiently. But those sixty-five people—their families, and the people they, in turn, buy things from—are worried and unhappy. Unless and until they find other, comparably-paying work, there will be some challenge for your community and that’s where everyone’s focus is. So what happens? Invariably, people will call on their local politicians to “protect” the plant. The politicians should “protect those jobs”; “protect those opportunities for the younger generation”; “protect the community.”

This is a classic example of “All politics is local.” It doesn’t matter that other people will get those jobs, even if somewhere else. Or that the manufacturer will become more efficient and competitive; that she’ll then be able to sell more lighting products, resulting in growth and more jobs—somewhere. Or that the new products will be far better for the environment. Or that, when a province (including yours) needs to build more schools or hospitals, the manufacturer will be able to supply less expensive, higher quality lighting—thus saving taxpayer money.

Sadly, no. In local politics, there is no room for the larger public good, and only rarely is there room for long-term thinking. Other communities be damned. Future prosperity be damned. Immediate self-interest, even if short-sighted, trumps all. And heartstring-pulling stories make for more interesting news for the media. The combined effect encourages politicians to react accordingly.

The irony is that the best interests of the community as a whole are usually better served by not engaging in protectionism, because it does nothing to ‘protect’ longer-term economic prosperity. Lowering trade barriers and increasing trade flows are actually still better for most communities. Positive effects include greater competition, lower prices for consumers, lower input prices for manufacturers and assemblers, better products, greater productivity, more growth and, yes, more jobs—but these positives are diffuse, spread around to many people. Free trade is better for the majority, but the positive effects don’t make for easy, emotion-stirring sound-bites. The concept of greater prosperity for the whole is harder to visualize or articulate in simple terms, but is no less real.

Canada is a trading nation. It started with furs, wood, resources, and we still rely more than most countries on trade with others. Perversely, however, but because of local politics, we have more difficulty selling goods and services between and among our own provinces and territories than we do to and from the United States. More than twenty years ago, we established what is called the Agreement on Internal Trade (AIT). Yet beer, wine, transportation, energy, labour, construction, government procurement—all are affected by barriers of one sort or another.

But just this July, the members of the Council of the Federation (Canada’s provincial and territorial premiers) emerged at the end of their gathering in Whitehorse and announce, with no small amount of fanfare, an “historic”, “ground-breaking” “agreement” on opening internal trade. They even gave it an ambitious name, the Canadian Free Trade Agreement (CFTA).

All of which sounds positive, except for one problem: there is no agreement, there are no details—for all the noise, all we got was a short press-release-geared statement about an agreement-in-principle. And recalling that over the years, prior sets of premiers have made similar announcements but to no real effect, one is left with something of a boy-crying-wolf feeling about this announcement. The words “historic”, “ground-breaking” and even “agreement” sound very positive—certainly for the politicians—but they are entirely hypothetical without an actual, detailed agreement and a strong enforcement mechanism to keep the parties in line.

There may, however, be some light: We are told that the CFTA will take a “negative list” approach. This is a good start. This would mean that trade in all goods and services would be open between the provinces and territories, except for those items or areas of commerce that are specifically exempted or excluded. The success—or failure—of the CFTA will depend entirely on how little—or how much—the premiers exclude or exempt.

Worryingly, we are already being told that the provinces will still be able to create exemptions to maintain barriers, or create programs, that are meant to “assist local businesses.” (Remember, all politics is local.)

This could mean that, despite all of those words, nothing will change. The devil will be in the details—and that only if the premiers and the ministers ever get around to them. No timeline has even been suggested.

A critical question in all of this, particularly when the provinces and territories have such a poor track record on trade, is where is the federal government? Internal trade barriers created by the provinces and the territories are contrary to Canada’s Constitution. It couldn’t be clearer. Section 91 of the Constitution Act, under Distribution of Legislative Powers, says that the exclusive legislative authority of the Parliament of Canada extends to the Regulation of Trade and Commerce.

Yet the feds weren’t even at the table when the premiers hashed out their idea of the CFTA. Encouraging greater efficiency, greater competitiveness, greater prosperity across the whole country is part of the federal government’s job.

The Canadian government not only should do, but must do what is best for the whole of Canada. The provinces and territories are not the ones on whom we can rely to look after the national interest; not when they have to deal with their respective local political pressures. With a majority government at the federal level, the opportunity is now. It will not be easy. But tough decisions and tough actions are needed to start forcing the premiers to realize that this cannot be left only to them. If no concrete results with the CFTA are seen, and soon, the federal government should finally step in and enforce its own Constitution.

So how do we get politicians to actually make this happen?

Recognizing the political dynamics, particularly those of local politics, we need to change the public discourse so as to have more people understand why it is in our self-interest to move toward freer trade, and away from the easy but false language of “protectionism.” Nationalistic language of “We should do this for the country as a whole” will not work. Nor will hoping for some vague sense of patriotic selflessness. It is hard for a province (more precisely its politicians), to open up, for example, construction opportunities to companies from outside the province, in the face of vocal local opposition, simply because of some feel-good idea about Canada as a whole. Each province and territory should do so because it is in the best economic interests of its own people.

Protectionism takes from society as a whole, including those least able to afford it, and gives to a few. No one begrudges anyone a livelihood, yet study after study has shown that the cost to taxpayers of protecting or subsidizing jobs is always a multiple—sometimes a very large multiple—of the wages of the workers thus protected or subsidized. And “protection” by one province will only encourage other provinces to “protect” their own. What we end up “protecting” is inefficiency, uncompetitiveness, lower growth and, ultimately, and most ironically, unemployment.

But in the world of local politics, particularly local politics, the heartstring-pulling potential is still heavily slanted to the negative effects on the few. This is not to seem heartless—the pain is very real for those going through it. We need more effective ways to help people who lose jobs with transition in terms of skills and mobility to where other jobs are. But the fact that we don’t do a good enough job in those respects is no reason to make bad decisions elsewhere.

Taxpayers, consumers, businesses—voters—should be loudly calling on their governments to obtain, and to ensure that their enterprises and consumers can obtain, the best infrastructure, goods, and services at the best prices, regardless of the source. We need to change the message at the local level.

Finally, we need to put more pressure on the federal government to start taking an active role. Diplomacy and encouraging words are good, but only if they work. If we do not see progress toward more open internal trade, and soon, the federal government should have the courage to intervene as the law permits—indeed, requires—it to do.

After all, our politicians are entrusted with a responsibility to do what’s best for the whole, not just a few, and we must hold them accountable for fulfilling that responsibility.

Martha Hall Findlay (@MHallFindlay) is the president and CEO of the Canada West Foundation, and a former member of parliament.