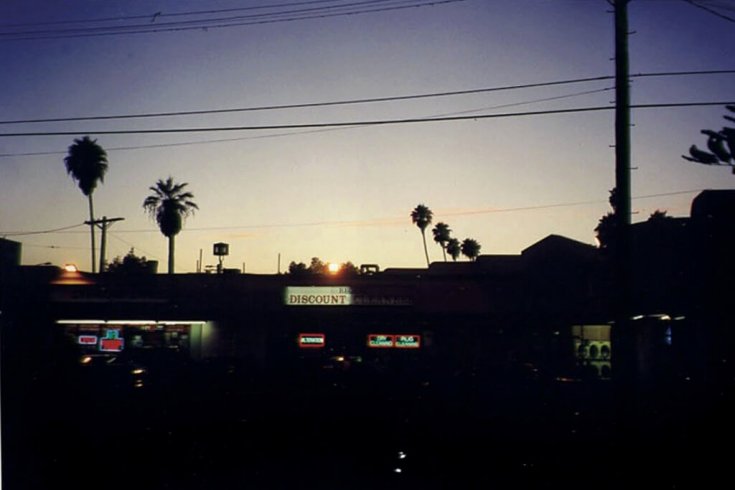 Los Angeles—“California,” the Washington Times’s Wesley Pruden wrote, about this month’s gubernatorial recall, “is the place where the fruits intersect with the nuts.” What Pruden, and most baffled outsiders, fail to grasp is that such warmed-over Woody Allen jokes are not taken as insults here, but, rather, as points of pride. For more than 150 years, the Golden State has welcomed ambitious hustlers with murky pasts—who have returned the favour by incubating weird revolutions. It’s no accident that the Summer of Love, Ronald Reagan, the Free Speech Movement, the Internet boom, Hollywood, and Richard Nixon all sprang from here. It may not add up to one coherent whole, and that is precisely the point.

Most years, Californians can’t be bothered to learn the basics about their elected leaders, let alone vote. But every generation or so, a groundswell of popular anger creates a wave of reform that crests over the nation, from the tax-cutting of the late 1970s to the immigration backlash of the early 1990s. Perhaps the greatest of such citizen movements was the Progressive Revolt of 1910–1930, which beat back the perfidious influence of railroad companies by giving voters a series of direct-democracy tools, such as the ballot initiative (whereby any resident of California can write a proposed law, collect enough signatures, and put the question up for a yes-no vote), and the recall.

For ninety-two years, the recall mechanism lay mostly dormant. What changed in 2003? A deeply unpopular governor with no natural constituency, who barely won re-election last November against a clueless Republican with social-conservative views far to the right of most Californians, revealed not long after the polls closed that his budget deficit was not the disastrous $24 billion to which he’d admitted, but an unfathomable $38 billion. Gray Davis had won statewide elections by portraying his opponent as an anti-abortion, anti-environment creep, but he squandered a $9-billion surplus, bungled a multi-billion-dollar energy deregulation fiasco, and increased government spending. Also, unfortunately for him, a rich conservative Republican opponent with gubernatorial ambitions of his own decided to shell out $1.5 million (U.S.) to collect the necessary 900,000 recall signatures.

That Republican, United States Congressman Darrell Issa, was the public face of the recall movement until August 6, four days before the deadline to file for the election. That’s when Arnold Schwarzenegger— whose own advisers were certain he wouldn’t run—shocked the country by throwing his hat into the ring. Issa withdrew, nearly sobbing, two days later.

Arnold’s sudden move was perfectly in step with his style of competing. From his early bodybuilding days on, Schwarzenegger has exhibited a “reliance on…psychological warfare,” wrote Robert Tagorda, who has been maintaining a sort of ongoing political profile of the candidate at boomshock. blogspot.com. “[He] is very, very strategic. He applies this philosophy to all of his endeavors, including politics….”

Nevertheless, skeptics from across the political spectrum were quick to charge that the Terminator had an empty hard drive where his political philosophy should have been.

“All these Republican orgasms over Arnold Schwarzenegger are…fake,” thundered right-wing talk-radio king Rush Limbaugh. “His own words prove he’s not a conservative.”

“I’ve heard only clichés so far,” sniped U.S. Senator Dianne Feinstein, California’s most popular Democrat. “I’d like to have him answer, ‘How would you solve this budget dilemma?’”

“He has yet to demonstrate a grasp of any issue whatsoever,” snapped Slate.com.

The Austrian-born robot thespian did little to ease concerns in his first vague pronouncements on the campaign trail. When asked about a controversial and expensive family-leave bill, he told NBC’s Today Show, “I will have to get into that, because, as you know, I’m very much for families and very much for children and children’s issues and all that stuff.” Asked by another reporter about his position on the environment, he said, “I will fight for the environment. Nothing to worry about.”

Early polls showed the Republican actor far ahead in the race to recall the Democrat Davis, who will be fired by the public if 50.1 percent vote “yes” in the first question on the October 7 ballot. With Arnold enjoying a double-digit lead over the nearest of the 134 other candidates listed on Question Two, conventional wisdom figured he would just coast on his celebrity and postpone the alienating business of taking positions until the last possible moment. If he could glide into the statehouse as a fuzzily defined “fiscally conservative social liberal,” well, why not?

This analysis, however, totally misses the two things that make Schwarzenegger’s candidacy potentially seismic: Yes, Arnold does indeed have a defined political (and campaign) philosophy. And what’s more—if he survives the attacks from Right and Left, the muscle-bound monosyllabist may just re-cast American politics in his own chiseled image.

Arnold has been a Republican almost from the day he arrived in the U.S., in 1968, at age 21, and began tuning in to presidential debates between Richard Nixon and Hubert Humphrey. “This much I learned,” he recounted in a September 21, 2001, speech to the Sacramento Metro Chamber of Commerce. “Humphrey talked about protectionism, more government planning, and a lot of liberal solutions. It sounded like the socialism in Austria. The Republican—Nixon—talked about less government, lower taxes, the free market, international trade, and a stronger military. After the translator finished, I realized: Yes! I’m a Republican!”

Enthusiastically so. “I pretty much thought it was as simple as the movies,” he continued. “The Republicans were the Good Guys—and the Democrats were the Bad Guys.” But two events eventually jolted him from his partisanship: First, he married into the country’s most famous Democratic family, the Kennedys, when he wed Maria Shriver in 1986. Second, four years later, he was named chairman of President Bush Sr.’s Council on Physical Fitness, a position that sent him to playgrounds across the country. “This was where I got my biggest and rudest awakening,” he told the Sacramento Chamber. “Because as I went around from inner city to inner city, I saw first-hand that this is not the land of opportunity for those kids. Most of them don’t get any of the tools that I got.”

Since then, Schwarzenegger has focused the bulk of his political energies on expanding after-school programs for kids (culminating in the passage, last fall, of Proposition 49 in California, which increased state spending on such programs by $450 million a year). He has also discovered the civilizing virtues of bipartisanship.

“Both parties had good ideas—so it was dead wrong to see things only as us versus them, Republicans versus Democrats. That was destructive,” he said.

American politics, at its base level, is a screaming match over a handful of social issues that clearly divide the two deadlocked political parties: abortion, gay rights, environmentalism, gun rights, affirmative action, attitude toward business. On the first three counts, society is moving demonstrably toward the Democratic side of the aisle, especially in coastal states like California and New York. On the latter three concerns, they are beginning to lean Republican. Schwarzenegger’s positions on wedge issues basically mirrored the country’s, except he spent as little time as possible talking about them, so as not to alienate anybody.

That’s why his candidacy drew the most fire from social conservatives and partisan Democrats: If he wins the election, they are threatened with irrelevance.

California Republicans are hopelessly divided on social issues—the moderates think the conservatives lose elections, the conservatives think they define Republicanism. The moderates have on their side none other than George W. Bush, who is eager to woo Latino voters to the GOP (immigration restrictions are a favourite conservative cause, and the main reason why California’s booming Hispanic population votes Democrat). Last year, a conservative slate was routed at the polls, shutting Republicans out from statewide office for the first time since the 1880s.

A Schwarzenegger victory could bring the Republicans back from California’s political wilderness, and pave the way for similar moderate GOP victories in states where the anti-abortion, homosexual-bashing platform is on the wane. It could give Bush a crucial toehold in a state that has rejected him thus far, and force venal Democrats like Gray Davis to come up with something better than a least-worst scenario.

National conservatives like George Will are already accusing Bush of selling out his party’s principles, while openly wondering if it wouldn’t be better for the California party to accept “ruin” instead of the indignity of electing a pro-choice Kennedy-in-law. Schwarzenegger’s views, such as he’s articulated them, are more in tune with the public than those of the two eternally warring political parties. A nation’s political class is eagerly watching to see if he can survive such an outrage.