Living With the Authoritarian Next Door | The Walrus
Skip to content 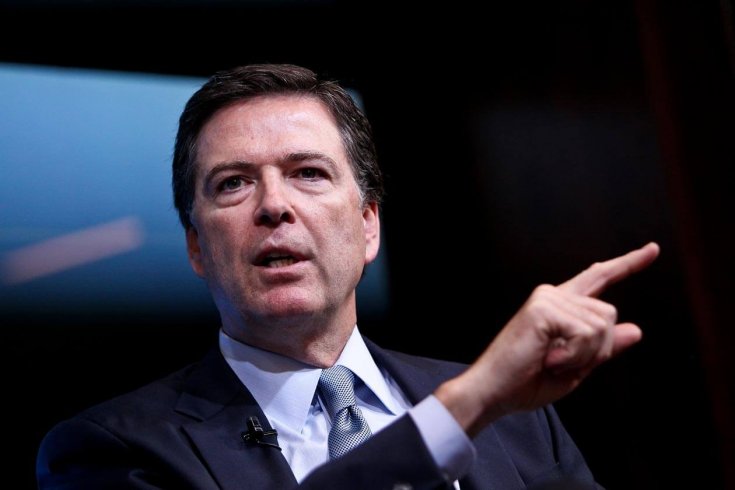 I once asked a journalist who had spent many years in the poorest and most dangerous countries in the world what he missed most about living in Canada. We were several whiskies deep in a downtown Toronto bar, so I figured he was going to mention a brand of beer or a breakfast cereal, something small that you couldn’t find in the shops of the Middle East or Haiti or Central Africa. He answered without the slightest hesitation or doubt: “Equality under the law.”

Equality under the law is the ultimate luxury that we take for granted. In most of the world, powerful people and their relatives can do what they like and there isn’t shit you can do about it. If they run over you with their car, it’s your bad luck. If you offend them, they silence you. Equality under the law provides the basic sense of security that people in advanced democracies consider indistinguishable from personhood itself. America is in the process of discovering what it is like to live without this moral and intellectual foundation to their being.

The system of government emerging in the United States is not new. It has been well established in Latin America for centuries. Caudillismo is the government by a strongman, for a strongman, and of a strongman. The only people who count are his family and their stooges. Loyalty and personal survival are the only priorities. First Trump fired acting Attorney General Sally Yates, who was investigating him, then he fired US Attorney Preet Bharara, who was investigating him, and last night he fired FBI Director James Comey, who was investigating him. Trump’s note to Comey was uniquely chilling: “While I greatly appreciate you informing me, on three separate occasions, that I am not under investigation, I nevertheless concur with the Department of Justice that you are not able to effectively lead the bureau.” Trump is not a man noted for his linguistic proficiency, but the wording is vital here. The phrase “while I greatly appreciate” is a message to everybody. James Comey was fired despite his perceived deference to Trump. The implication doesn’t have to be stated directly: Loyalty to Trump is the only reason Comey might have survived.

Trump is the fulfillment of Republican politics, not an anomaly.

The comedy of the scenario is a comedy of humiliation. Sean Spicer literally hid in the bushes until the cameras were turned off to answer questions from the White House Press Corps. Comey received the news of his firing from a television that was playing in the background while he addressed FBI employees. He apparently laughed because he thought it was a prank. It’s no prank. Trump’s absurd actions point to an old authoritarian trick. The more ridiculous the strongman’s behavior, the more it demonstrates that decent people will not stand in the way—no matter how stupid he is.

At the moment, it is hard to see how the American crisis is going to right itself. The party of McCarthy and Nixon is in complete control of all levers of government. The Republican Party simply does not have a tradition of respecting democratic norms—domestically or internationally—when democratic norms stand in the way of its own power. Trump is the fulfillment of their politics, not an anomaly. Why would they object to Trump’s actions? He’s going to cut the corporate tax rate and end socialized medicine. They have certainly had no qualms destroying other country’s democracies for similar concessions.

Given the fact that resistance to Trump’s evisceration of America’s legal institutions will almost certainly fail, where does that leave Canada, its dependent neighbour? In one sense, nothing has changed. Canadian foreign policy, since the origins of the country, reflects a continuous attempt to negotiate with an unpredictable and volatile force to the South. We figured out, somewhere around the time of the Vietnam War, that Americans simply don’t register what we do, so we may as well enact what we believe in and not play the game of trying to strategize around their feelings. Right now, if you were to go to the streets of Chicago and ask a hundred people whether Canadians fought in the Iraq or the Afghanistan wars, only a handful might know the answer. The amazing capacity of ordinary Americans not to notice anything else in the world but themselves is a definite advantage at this moment in history. Trump’s attention will flicker elsewhere quickly if it does come to rest on us. That is the hope, anyway.

The Trudeau government has adapted relatively well to the new nonsense, using the politics of personality to navigate the insanity. Then again, Comey felt safe right up until the point he was blown away. As it stands, realism and idealism are in stark contrast. Sixty-nine percent of our trade is with the United States—that is a fact of our existence. But it is also a fact that the Safe Third Country Agreement, which regulates how we accept refugees from the United States, is, at this point, a sham. America is not a safe third country anymore. America is not a country with equality under the laws.

How we deal with the new American caudillismo will define the future of our country, and not simply in the near term. “I’m moving to Canada.” We’ve heard this phrase our whole lives—in 2001, after September 11; in 2003, after the invasion of Iraq; and in 2008, after the market crash. 2017 is different. New kids are showing up at my daughter’s daycare. Their parents used to work in New York. Friends who had built lives for themselves in London are returning. The anecdotal evidence of my own little life might just be an accident, if it weren’t accompanied by a surge of tech companies moving to Toronto. They are really coming—it’s not just talk this time.

What are they coming for? They’re coming for that frail but essential luxury, the glorious state of being we take completely for granted and which my world-weary friend so craved that night in the bar in Toronto, the one truly sacred political achievement of Western democracy: the sense that we live as human beings among other human beings who count. Life without equality under the law is worth less. Without it, you don’t really have anything.