The Art of Aha | The Walrus
Skip to content 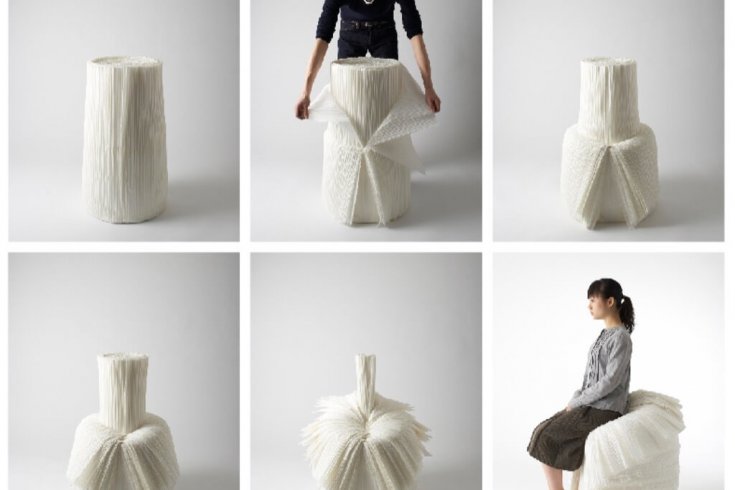 The first time I meet Oki Sato, founder of the Tokyo-based design firm Nendo, he doesn’t have time to talk. He and a half-dozen assistants are too busy pasting tens of thousands of tiny white dots onto the floor of New York’s Museum of Arts and Design, a monolithic white tower across from the southwest corner of Central Park. It’s the day before an exhibition of his work is supposed to open, and even though his crew has been stickering for a week, creating a soft, gradated effect between the gallery’s wooden floor and the white risers that hold his various products, he still isn’t happy with how it looks.

That Sato is a perfectionist is no surprise. The tall, slim design phenom looks the part, wearing gleaming white Adidas shell toe sneakers devoid of scuffs, a fitted sweater vest, and an immaculate tan trench coat. His work follows a long-standing tradition in Japanese design of poetic products with minimalist expression—everything from armchairs to cellphones, lovingly reduced to their most elemental forms. Designing in this way is less about personal expression than about obsessively studying an object and cutting away the ornamental fat. Sato’s work conforms to this traditional standard primarily in that it is devoid of colour; otherwise, his approach is decidedly more playful than his contemporaries’.

Take, for instance, his Cord-Chair, which is elevated on one of the museum’s risers. It appears to be nothing more than a set of impossibly slender round legs attached to a simple seat and backrest—a wooden chair pared down to the bare minimum. However, the design isn’t as clear cut as it appears. If the legs were merely wood, they would collapse under regular use. To make the seat strong enough, Sato devised a steel skeleton that fits inside the wooden components, providing the necessary strength. Because the walls of the legs are only three millimetres thick, all the work must be done by hand. It takes two Japanese craftspeople more than a month to make a single chair—construction that is anything but simple.

Why not just make a chair with thicker legs? “We are interested more in the story behind the product than in the product itself,” he tells me quietly when I see him again on the day of the exhibition opening, the sticky dots now laid in their perfect positions. “We want to show things that provide small surprises. Not too much surprise, but very small ideas that resonate with everyday life.”

Small they may be, but the thirty-three-year-old’s surprises have made him one of Japan’s biggest design stars. And there’s another surprise. Have a peek at the Museum of Modern Art’s database for its permanent collection, which includes one of Sato’s chairs, and you’ll see something interesting about his nation of origin: it’s Canada.

Sato was born and raised in Toronto, where his father worked as an executive with Pioneer. When he was eleven, his family moved back to Tokyo. He hasn’t returned to Canada since and doesn’t actually consider himself Canadian, but still credits his upbringing with giving him a different perspective on Japanese aesthetics. “In a way, I’m sort of like a foreigner in Japan,” he says, noting that when he arrived in Tokyo, “everything was new to me and very interesting.” Even though many years have passed, he still describes his way of thinking as “a mixture of Canada and Tokyo together.” He attended the formal architecture school at Waseda University in Tokyo, but continued to look for light moments—the sctv influence, one might say. “It was very strict when I studied architecture for six years,” he says. “There were rules, and everything was very logical. I was feeling a little uncomfortable with that.”

He found his niche after finishing his degrees, when he toured the Salone Internazionale del Mobile in Milan, the world’s largest and most important furniture fair, in April 2002. “Everyone was designing very freely and looked very happy,” he says. “I didn’t know that architects were allowed to design other objects, like furniture.” But he did know that he wanted in on the fun.

Upon returning to Tokyo, he set up Nendo (“clay” in Japanese). The name signified that he wanted the flexibility to design whatever he desired, as though out of unformed putty—from quirky consumer goods to furniture to art installations to interiors to full buildings. Starting a company right out of school was risky, but it paid off. Nendo began winning design awards in its very first year, and has been nothing short of prolific since, attracting commissions from many of the most prestigious names in European contemporary furniture, including Cappellini, Thonet Vienna, Moroso, and Swedese. Rare in the design world, the firm has proven adept at both designing objects for mass production and creating limited production pieces that appeal to art collectors.

“Nendo is a really interesting phenomenon,” says Holly Hotchner, director of the Museum of Arts and Design. “They’re a newer generation, looking at similar sets of problems,” as other designers do, but finding innovative solutions and modes of expression. The company, she says, is among “the most creative” makers of objects in Japan today.

This month, Sato returns to the Milan furniture fair, as he has done every year since 2002. Nendo has had a larger presence at each edition, showing more new designs with more manufacturers and lately producing special installations. For most young designers, a single product launch with a major manufacturer would signal that they’ve arrived; Sato will debut no fewer than ten new objects at this year’s fair, with a variety of companies.

Designers and manufacturers are notoriously secretive about new products, but Sato’s previous creations provide some hints about what to expect. Last year, with Italian furniture company Cappellini, he introduced the Antler chair, a deep seat with a backrest formed by wood-laminate reindeer “antlers.” “I had an image of the lobby of a hotel, where they have comfortable chairs, and I thought they looked like animals,” says Sato. “With antlers, the chairs really do look like a herd.” For another Italian company, Arketipo, he created Decoboco, a sofa whose three cushions vary in thickness and firmness, each offering a different sitting experience.

Antler and Decoboco seem cute, perhaps even naive, but Sato insists that both reflect his obsession with those small surprises, with aha moments. Some of his more involved products use technological trickery to achieve this effect. Hanabi, for instance, is a pendant lamp made with a heat-sensitive metal alloy that slowly curls open like a flower when the light is turned on; Polar is a set of three transparent nesting tables containing polarized film, which appear plain individually but reveal an intricate graphic pattern when stacked. More recently, Sato designed the Fadeout-Chair, which has a seat and backrest made of solid walnut, and clear acrylic legs partially painted with a wood grain pattern. The piece appears to be all wood, but the painted legs become transparent before reaching the floor, making it look as if the rest of the chair is hovering in space.

Sato’s most recognizable design to date is his simplest: the Cabbage Chair, a paper seat made from waste material left over from the production of Issey Miyake’s Pleats Please clothing. After standing a tight roll of the pleated paper on end, he made a single vertical cut through successive layers of the bundle, peeling them open until he’d reached the centre. The end result was a scooped seat. Although the chairs aren’t in commercial production, he believes uncut bundles could one day be shipped to buyers who would slice and shape the chairs themselves—garbage rebranded as designer furniture. Designed in 2008 for an exhibition at the 21_21 Design Sight museum in Tokyo, the Cabbage Chair is in the collections of MoMA, the Museum of Arts and Design, the Cooper-Hewitt National Design Museum, and the Musée des arts décoratifs in Paris.

Though Sato once had reservations about the rigours of architecture school, his formal training has not gone to waste. In addition to furniture and consumer products, he routinely designs unconventional commercial spaces and houses in Japan. One of his most popular creations was a climbing wall for the Illoiha fitness club in Tokyo’s Omotesando neighbourhood. Instead of the usual artificial handholds, he dreamt up a scheme involving decorative pieces one might normally find in a house, which allowed climbers to move from an end table to a picture frame to a mirror to a deer trophy. “In the end,” says Sato, “people were paying more money to climb the wall than to use the gym.”

Nendo’s office, in the Meguro neighbourhood, is just as whimsical. The interior space is sliced up with floor-to-ceiling plywood panels featuring large, parabolic openings, some of which are used as entrances to different rooms. The surprise here is that the openings descend from the ceiling instead of coming up from the floor, creating a topsy-turvy world. Visitors might consider it inconvenient to have to avoid tripping over the tops of the doorways, but Sato maintains that the design has its advantages. “We have different zones for architecture, interiors, and products, but it all melts together,” he says. “If I stand up, I can see through everything and talk to everyone. There’s privacy, but also a feeling of connecting.”

While many of Sato’s concepts initially sound off the wall, in their execution his pieces make creative statements with clean, unfussy forms. His adoption by European manufacturers, who often favour zany, flamboyant designs, reflects this ability to stretch the boundaries of his country’s traditions. Sato is at heart a disciplined designer with a deep respect for Japan’s minimalist heritage; his surprises are never cheap or gratuitous. He is interested not so much in revolutionizing Japanese design as in seeking out its next evolution, blending its tradition of beauty and lightness with a little Western swagger. If that’s an uncommon mix, so much the better—it means he has remained as difficult to pin down as wet clay. 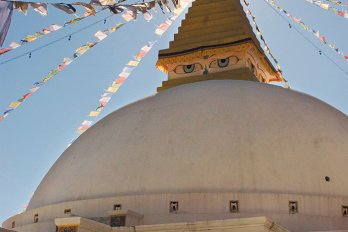