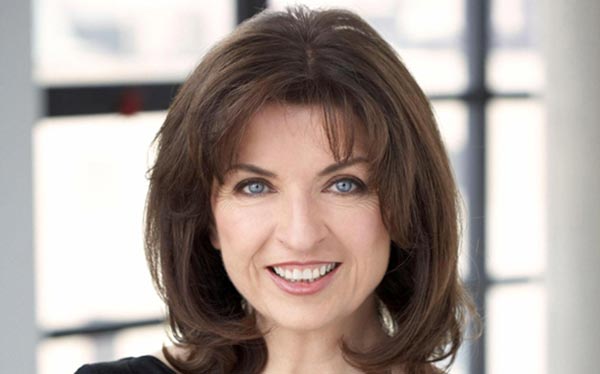 The Unlikely Hero of Room 13B is not a book about mental illness. The young protagonist, Adam, suffers from obsessive-compulsive disorder, and struggles mightily against it. The illness is a crucial part of the novel’s contextual axis, both as a feature of Adam’s psychological makeup, as well as that of his peers. He is treated for OCD, wrestles with OCD, and develops relationships that are in some way informed by OCD.

However, author Teresa Toten refuses to let Adam or any of her characters, and the overarching structure of the novel itself, to be defined entirely by this illness. Instead, she crafts a book about narrative’s ability to return a sense of power and control to those who feel vulnerable. She writes about bravery under extraordinary circumstances, and how infinitesimally small actions can be the products of great courage. She writes about the complexity of relationships, the desperate and ugly parts of love. She writes with great respect from the perspective of her teen characters, giving gravity and weight to their heightened, vibrant worlds. So no, The Unlikely Hero of Room 13B—winner of this year’s Governor General’s Literary Award for Children’s Literature (Text)—is not about mental illness. It is about heroism.

Teresa Toten: I can honestly say just getting on the list is pretty amazing. It’s a fight to the death in the room, while the jurors are deliberating. [Children’s text] is the largest field, and everyone is baring their passions in those books. You’d sell your soul just to get on the list, never mind a win. I was sure I was going to be a bridesmaid again: I’d been there three times, I know how to wear that dress. So when I got up there, I thanked the jurors from the bottom of my heart for transforming me from a bridesmaid into a beaming bride.

Natalie Zina Walschots: What has the reaction from your colleagues been like?

Teresa Toten: It’s been crazy. Within our little world—and especially within Canadian children’s literature, which is a subset often lost—it’s a big deal. I don’t think I ever really wrapped my head around what a big deal this is, and how excited everyone around me would be. The best part, and I swear I am not being coy, is how delighted other people are for you. It’s so out of the ordinary. It’s this thing apart that seems to bring other people such delight.

Teresa Toten: I would stack up Canadian literature and especially young adult literature, pound for pound and relative to size, against anybody in the world. Canadian publishers, within this difficult climate we’re facing, are still taking chances, still doing gutsy things. It’s the big houses too, like mine, Doubleday Random House. The Unlikely Hero of Room 13B is a risky book for them. Winning makes me so relieved for them, too!

Natalie Zina Walschots: Do you think this win rewards that kind of risk-taking on the part of publishers?

Teresa Toten: I sure hope so! Not only did they take on this book, I was given a two-book deal for this one and the next. From the beginning, they told me, “Whatever you want to do, Teresa.” How awesome is that? When I told them what I was thinking of writing, and how passionate I was about it, but that it wasn’t going to be a big commercial project, they repeated, “Whatever you want to do, we’re with you.”

Natalie Zina Walschots: I think that lack of pressure comes across in the text, which seems very free and author-driven.

Teresa Toten: That’s what they allowed me to do.

Natalie Zina Walschots: One of the things I appreciated deeply about the book was how deeply and respectfully it engages with mental illness, without being forcefully didactic.

Teresa Toten: Thank you! Thank you so much. Also, Adam does not get a pill and [become] all better at the end.

Natalie Zina Walschots: No, not at all. His relationship with obsessive-compulsive disorder is a process, something ongoing, and he’s just beginning to get a handle on it by the end of the book.

Teresa Toten: Yes! For most sufferers of mental illness, my personal view is that you have to learn to make friends with it and accept it, because it’s most likely never going to go away completely. It’s something that is a part of you. Managing it, absorbing it, knowing it is part of your filter and the way that you walk through the world, and certainly not being crippled by it, were all things I wanted to convey. There is so much help and information available, there’s no need to be locked in by it. But there are also no easy answers, and I didn’t want to portray that.

Natalie Zina Walschots: Was there something in particular you were hoping to achieve by the way that you tackled your characterization of obsessive-compulsive disorder within the book?

Teresa Toten: I could come up with something now, but when I was in the midst of writing, no. I don’t, sadly, outline, so there wasn’t a whole, overarching concept. I didn’t know how [the book] was going to end up. Some authors will at least know the ending and write to it, but I don’t know it until I write it, and that was especially true for this book. I’d be lying if I said I knew what I wanted to do. If anything, it’s a result of my knowing so many young people who are in that position, and absorbing them all and putting them all into those wacky characters, displaying parts of the people I know in them.

Natalie Zina Walschots: Who in your life were you most inspired by when it came to crafting these characters?

Teresa Toten: The children of my best friends and my children’s best friends. Because I have had the privilege of touring across Canada, and I tend to be very personal when I talk about any book I am writing. Kids feel very comfortable writing me stuff that would leave you in a bucket. This affects me quite deeply. Then I also met more kids by going to [an] OCD conference, talking to shrinks, and sitting in on group sessions. I absorbed all of that. All of it was there in the ether, and so I felt fairly secure about writing about the illness aspect, because I had done so much research. What scared the crap out of me was writing a boy character. I’d never written a boy voice before.

Natalie Zina Walschots: I would never have guessed this was your first male narrator.

Teresa Toten: I made a lot of young men read it, and a few older men too, especially older men who had [experienced] OCD and remembered what it was like, trying to hide what they were going through. I have had a lot of conversations with other authors who say that it doesn’t matter if they’re writing a female character or a male character, but it mattered to me. He’s a sweet and sensitive boy, for sure, but I wanted to make him a boy, and that was very important to me.

Natalie Zina Walschots: Why did you choose to focus on obsessive-compulsive disorder?

Teresa Toten: It fascinated me. I’ve written before about mental health issues. I wrote about depression before, in The Game, as well as abuse and institutionalization. I’ve experienced depression, so I was able to throw that out. This came out of the pain I saw a lot of the kids I care about experiencing. These kids were so talented. I was interested in exploring how you navigate the world when you have all these other gifts, but also this illness. That fascinated me.

Natalie Zina Walschots: The adults in the book are also well rendered, in that they are not simply obstacles or villains.

Teresa Toten: The adults in it are all messed up, but they’re all loving in their own way, and caring. This crazy mother or father did send them to the right place. They are aware and they’re not neglectful.

Natalie Zina Walschots: I appreciated how you gave the time and space to develop the rich, full inner and emotional lives of the young protagonists. Do you think that young people struggle to have their emotions, mental states, and experiences respected and considered worthwhile?

Natalie Zina Walschots: Speaking of anything being possible: I love that the kids in this book give themselves superhero names.

Teresa Toten: I love comic books. I love the grand sweeping narratives full of archetypes. Like Shakespeare, they will teach you how to move through life.

Natalie Zina Walschots: Characters in comics also tend to be as much ideas as they are people.

Natalie Zina Walschots: Why did you feel it was important for the characters to rename themselves, and after superheroes?

Teresa Toten: I saw another version of this in one of the workshops I’ve been to, and I’ve heard psychotherapists talk about this as well. When you have a bunch of teens who have to talk about what they consider to be deeply shameful, stigmatizing things—even in a room of kids who have similar issues—a kid will say to another kid, “Wow, that’s weird. That’s truly weird.” Even if it’s a version of what they’re suffering from themselves. But they have to talk about it, and it is so important to get them to open up about what they’re going through. Adopting a nom de plume lets you hide under a character, and you can be far more truthful when in character. It also gives these kids power. Whatever the mental illness, whatever the source of massive pain, once you start making a story of it, even in your own head, and then you start talking about it—the death, or the rape, or the anxiety—once you shape it and put it out there, it loses some of its hold on you, and you reclaim that power.

Natalie Zina Walschots contributes regularly to the Globe and Mail, the National Post, and This magazine.