Talk of the Towns | The Walrus
Skip to content 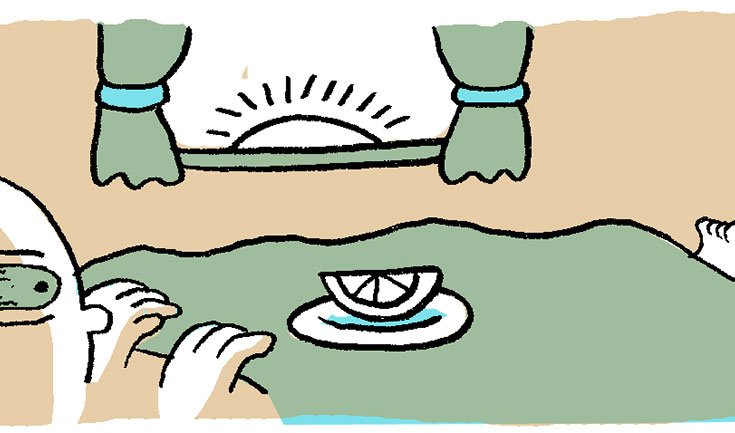 The host of Talk of the Town sits on the edge of her seat and presses for more information about Baby, a four-month-old long-haired tabby who’s on air to promote the Regina Humane Society’s latest pet-adoption drive. Baby is polydactyl, which means that, in addition to being utterly adorable, she has extra toes on each paw. The long-limbed host discreetly adjusts the hem of her skirt and leans in for a better view: “Oh, look at that!”

Cosmetically, Talk of the Town looks like any other polished daytime talk show: the set is decorated with big white armchairs, turquoise pillows, and pastel-toned glassware; it’s shot in high definition and moves at a lively pace. But instead of being produced by a national telecommunications company headquartered in Toronto or Calgary, TOTT is put together largely by volunteers, and airs locally on a dedicated community channel, Access7. Its broadcaster is the non-profit, community-owned Access Communications Co-operative Ltd., in Regina.

Local versions of TOTT are produced throughout Saskatchewan—in Yorkton, Weyburn, Estevan, North Battleford, and La Ronge—and are among 300 programs that also include Brick Wars (an Iron Chef-inspired show put together by the Saskatchewan Lego Users Group), Art from Your Armchair (perusing exhibits at the Estevan Art Gallery), and The Four (imagine The View hosted by First Nations and Metis women). The rest of Access7’s lineup covers things like town council meetings, bingo tournaments, square dancing, and local sports. When the North American Indigenous Games were held in Regina last summer, Access7 partnered with the Aboriginal Peoples Television Network and provided continuous coverage, which it passed along, free of charge, to other independent cable companies in places such as rural Quebec and the Arctic.

Karen Morley, TOTT’s volunteer floor director, gets word from the control room that they have two minutes to wrap up with Baby. If you’re a local non-profit with something to promote, you bring it here; a cache of guests waits patiently off-screen for their own six minutes of airtime. Morley, who has been helping out for four years, exchanges friendly banter with them before they step in front of the camera. Besides the cat, today’s schedule includes Don Narcisse, a retired Roughrider and an advocate for the Lung Association of Saskatchewan; the Rotary Club president; and the leads of Campbell Collegiate’s latest musical production, Catch Me if You Can.

As of September 1, 2014, the Canadian Radio-television and Telecommunications Commission requires that 50 percent of community programming be produced by local residents. Access Communications regularly hits 60 percent, and serves 220 areas, most of them rural, with eighty-two local channels. Its camera crews visit even the smallest markets every three months at minimum. “Think about Gull Lake,” says Wade Peterson, the forty-three-year-old community programming manager. He’s referring to the town of 989 people in the low rolling hills of southwestern Saskatchewan. “We’re there four times a year filming events, because they don’t necessarily care about content from Shaunavon. They want to see themselves.” (In case you’re wondering, Shaunavon, population 1,756, sits fifty-one kilometres south of Gull Lake.)

Aside from its hyper-local raison d’être, the co-op’s services are similar to those of other telecom providers: Internet, land lines, and everything on the specialty-channel spectrum, from Animal Planet to Smithsonian. At the same time, it’s something of a time capsule from thirty years ago, when seemingly every small town had its own cable company.

Despite the current cultural appetite for the locavore lifestyle, community-access television is not what it used to be. Since the late 1990s, most independent cable stations in Canada have either been dissolved or bought up by Rogers and Shaw, and the old brand of tailor-made, local-first telecasts has slowly given way to a more centralized, one-size-fits-all approach. Meanwhile, satellite TV—a popular choice among farmers and condo dwellers alike—isn’t required by the CRTC to distribute community programming at all.

Just like the bigger providers do, Access Communications faces a major challenge as it stares down the future: so-called cord shaving by younger audiences who are abandoning cable altogether and watching TV online. At weekly production meetings, Peterson includes marketing staff and stresses to everyone the importance of landing new accounts on the strength of their broadband service. “We kind of have a new mantra,” he explains. “We’re a good cable company, but we’re a killer Internet provider.”

The director signals the countdown for the day’s final segment. Lyn Goldman, a retired broadcaster, has come to promote the Canadian Club of Regina. Coincidentally, she served on the committee that applied to the CRTC when the Regina Cablevision Cooperative, the forerunner of Access Communications, was established in 1974 with a mandate “to reflect the community back to itself through the medium of television.” It’s clear to everyone in the studio which way the wind is blowing, but they’re pushing forward with five new channels this year, while planning for a potentially “skinny, basic” future. Peterson knows local representation is the best leverage they have. Despite tough competition from big-city behemoths, he says, “we’re holding our own.”