Taking on the Haters | The Walrus
Skip to content 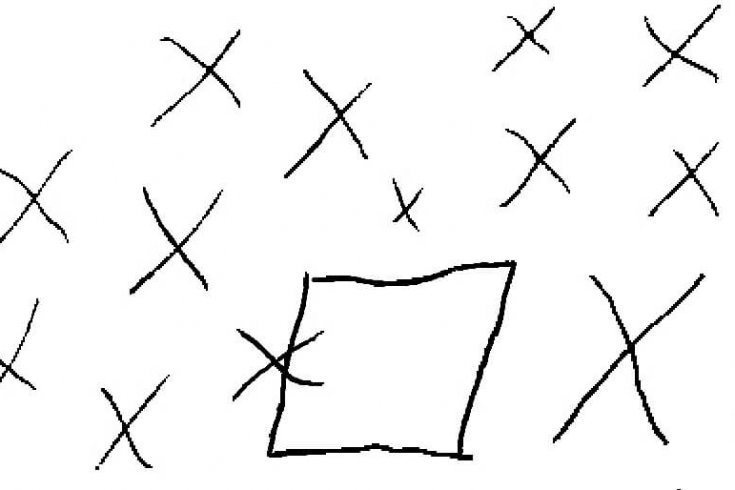 In July, Twitter suspended the account of Milo Yiannopoulos, a right-wing troll who inspired an abusive online campaign against Ghostbusters actress Leslie Jones. In a CBC interview from that period, Yiannopoulos comes off as paranoid. He claims that the left is “insane” and that leftists will “try to kill [him].” The article provided insight into the mind of an unhinged, but influential, alt-right extremist. And so one might think it was unexceptional that a CBC editor would tweet out the story with two words: “Interesting stuff.”

But Twitter—where warring ideologues spend days denouncing one another for heresies—operates according to its own rules. And so the above-mentioned CBC editor was upbraided for promoting “an infamous serial harasser and bigot.” Also: “How dare you give a platform to a serial harasser who calls feminism ‘cancer’ and is virulently anti-Islam? DISGUSTING.” The editor tried to defend himself by tweeting a reference to other CBC stories on the same subject, but few were interested.

It was, by Twitter standards, a tiny tempest. But such case studies help explain why many of us prefer Facebook—where we can converse amicably with like-minded friends. Journalists, in particular, can get it from both sides on Twitter: We are targeted with hate by anti-feminists, Islamophobes and other reactionaries, but also mobbed by militant progressives who seek to humiliate any Tweeter who runs afoul of left-wing speech codes.

To a certain extent, Twitter’s trolling problem can be controlled by muting, blocking, and reporting persistent offenders. But for some, it’s not worth the effort. In June, New York Times deputy Washington editor Jonathan Weisman quit Twitter after he was barraged by anti-Semitic abuse. In September, Toronto Star columnist Paul Wells walked away from his popular Twitter account, explaining that an overabundance of “jackasses” made “too much of Twitter feel like a fire hose of bathroom graffiti.”

“I compare Facebook to the experience of walking around a small town, where it’s easy to run into friends and family,” says Jennifer Hollett, Twitter Canada’s newly appointed head of news and government, during an interview at her company’s Toronto office. “Twitter is more like the big city. You’ll run into strangers—but maybe you’ll meet a politician or celebrity.”

Hollett, forty-one, is hardly ignorant of social media’s dark side. A former broadcast journalist and federal NDP candidate, she was in charge of social-media strategy for Olivia Chow’s 2014 Toronto mayoral campaign. Chow was targeted not only by local dissidents, but also by random racists from across North America. “When Olivia was interviewed about all the online hate, it was my job to collect the worst of the worst,” Hollett says. “Imagine how difficult that was—to show a folder full of hate to your boss.”

In her new role, Hollett tells me, she does her best to “support” Canadian public figures who find themselves under attack on Twitter—“particularly female journalists.” But, ultimately, only the company’s head office in San Francisco has the power to ban users for abusive content, a power it applies sparingly.

Twitter’s user base currently sits at about 300 million, about one fifth the size of Facebook’s—and the company is reportedly up for sale. But it remains the preferred service for those who prioritize informational immediacy. Or, as Hollett puts it: “It captures what people are talking about at any one instant.” A year ago, Twitter began packaging this aspect through its “Moments” feature, which produces curated tweets that report breaking stories in chronological sequence. Here in Canada, Hollett’s team is creating fresh content by bringing the likes of Justin Trudeau, José Bautista, and Lilly Singh into its in-house studio for video chats with users. Her data show that Twitter usage spikes during mass-spectacle events such as presidential debates. “The people who flock to Twitter are writers, influencers, active citizens,” she tells me. “These are the people you want on your side.”

Twitter’s short-term challenge is financial: in 2016, it’s expected to capture just 8 percent of worldwide social-ad spending, compared to 68 percent for Facebook. But its longer-term problem is existential. Twitter is great for real-time gossip and one-upmanship. But unlike Facebook, it doesn’t provide a well-defined sense of community, which is what many ordinary users crave.

Not that Hollett isn’t trying to create a sense of group engagement. On the day I visit, her team is preparing to welcome Toronto’s police chief, Mark Saunders, who’ll be participating in a live Q&A session the next day, and brainstorming plans for Twitter coverage of the Blue Jays playoff run. Hollett seems pumped.

“Do the negative aspects of Twitter get too much attention?” I ask her.

“It’s important that we take seriously the stories of abuse and harassment,” she says. “But people should also remember how social media powered the Arab Spring, Black Lives Matter, and #BeenRapedNeverReported. Twitter can be a big place. But sometimes, you find people out there who are looking out for you.”