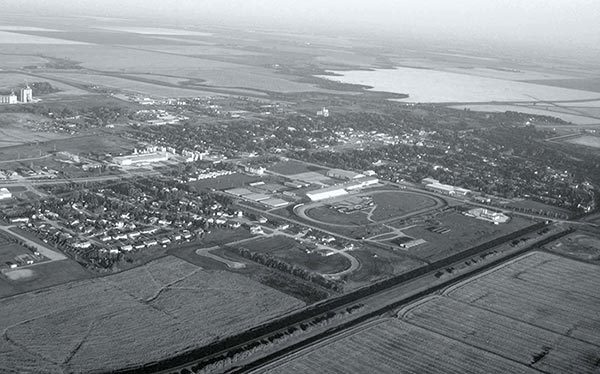 Reservations were required on the final day of service at Pots N Hands in Morris, Manitoba. When the diner served its last meals on April 13, locals in the town of 1,800 packed into the restaurant’s red vinyl booths and left bouquets of flowers and bottles of wine on the counter. Around noon, as co-owner Matt Rietze circled the restaurant offering hugs to loyal customers and asking how was the special—chicken salad with almonds and apple—three young guests arrived in bright clothing with fuzzy, rainbow-coloured tails attached to their waistbands.

It was a sign of support for Rietze and his partner Dave Claringbould, a gay couple who have shut down their restaurant after just five months because of homophobia. Initially, Pots N Hands was so popular that it had to turn away customers on busy nights, a rarity for a rural area. Some residents knew the owners were gay and didn’t mind, but as word spread around town, a whisper campaign began to derail the business. Regulars cancelled standing reservations, and Rietze and Claringbould became the targets of homophobic slurs. People would call for large reservations, then never show. One customer even asked if they could “catch something” off a plate.

The story blossomed into international news when a piece in the Winnipeg Free Press was picked up by the National Post, CBC, CTV, Gawker, and dozens of gay blogs (it was even translated into Chinese on SingTao Daily, a Chinese-Canadian website). Many reports painted Morris as a place of intolerance, the dust having not yet settled on the town’s last controversy: an editorial likening Aboriginals to terrorists, published in January by the now-defunct Morris Mirror. Then there was the story of Evan Wiens, an openly gay student in nearby Steinbach, who fought a public battle in March to start a gay-straight alliance at his high school, in order to curb the bullying he was facing.

I grew up in Carman, just seventy kilometres northwest of Morris, a place where being gay is trying and complicated. Small differences are glaring in the light of homogeneity, and sexual variances are colossal in a community with twelve churches and just one bar. Having left Carman for a larger city at seventeen, I was impressed to learn that Rietze and Claringbould had the tenacity to set up shop in Morris. Like others, I’m frustrated they feel they’ve been run off.

Morris is a town rooted in Mennonite history, where the gay vote can be counted on just one hand, with two fingers in the closet. But what’s missing in the news about Pots N Hands is that Morris wants to be tolerant. When the local government heard the diner was closing, it set up a lunch there as a symbolic gesture. “[We] support our local businesses regardless of race, belief, and/or sexual orientation (which really should go without saying),” mayor Gavin van der Linde announced, to no apparent political gain, on April 10.

“We got to the point where we realized it was important for us to make a public statement as to where we stood as a council, hoping that would reflect on our community,” the mayor later explains to me by phone. “We don’t pretend to speak for everybody, but we’re elected representatives who have an active voice.”

When I came out after leaving Carman, my friend Josh called and said he was happy for me, and wished he’d had the courage to ask me himself. Another, Brock, saw me during Christmas vacation, and said it didn’t matter, that we’d always be friends. My sister’s friend Leigh then pulled me aside, saying she’d heard I had a boyfriend, and that she couldn’t be happier for me.

Small towns are filled with people like these. So too are they filled with ignorance, which exists everywhere. (In Winnipeg, a gay man named Chris McNally woke on Easter Sunday to find the word “HOMO” spray-painted on his home. And this coming summer, Toronto’s mayor will likely refuse—again—to attend the local, world-famous Pride parade.) The difference, as van der Linde made clear, is that ignorance lays latent in rural areas, where most people are conservative and white, until a scandal like this makes opinions apparent.

If there’s a silver lining from the months he’s now spent defending his town, van der Linde says it’s that people have had to confront diversity. “I hope a conversation has opened up, and that people will know we’ve taken a stand. I think the standard has been set and people know it was unacceptable. That, in the long run, will have a positive effect on our town,” he tells me.

Indeed, it’s only when intolerance is confronted that change can take place. And so the least likely support for Rietze and Claringbould came from George Ifantis, the owner of George’s Burgers and Subs. When the news about Pots N Hands’ predicament broke, the Canadian Press quoted Ifantis insinuating that people in Morris were suspicious of the men because of their sexuality. “A lot of people don’t like it. You don’t know what they’re doing in the kitchen,” he said. Those words, however, prompted a lot of other people to stop eating at his restaurant.

Before the lights went out at Pots N Hands, Ifantis paid a visit. He entered the crowded diner, took a seat at the counter, and waited for Claringbould to come out of the kitchen. Ifantis offered an apology, which was accepted. Reitz later called a radio station to say that he and Claringbould both forgive Ifantis, and to ask listeners not to boycott the man’s business.

Perhaps the apology was in vain, a shallow effort to avoid being cast as a villain. Then again, maybe Ifantis actually meant it. That’s not what’s important, though. What matters is that Morris becomes known as a place where the public enemy is not homosexuality, but homophobia.

Russ Martin is a writer who lives in Toronto.

Standoff at 1492 Land Back Lane