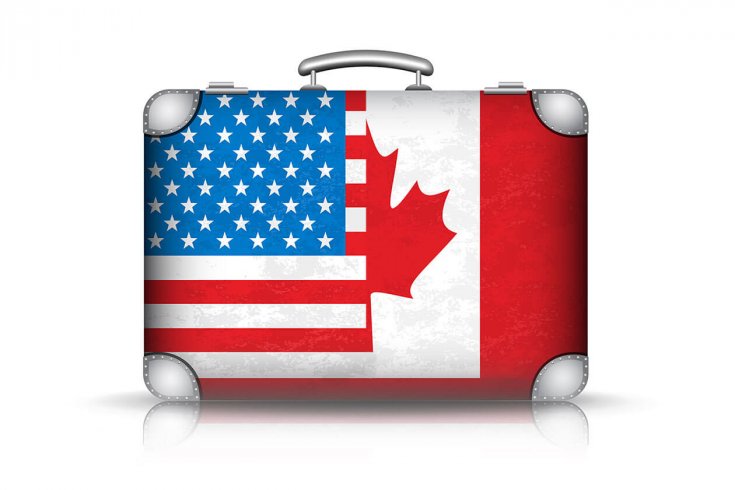 “Going home?” more than one friend asked us instantly on election night, texting and tweeting back and forth. As Canadians so long resident in the United States—thirty-six years!—we still keep a strong sense of national identity (our parents and extended family resides in Campbellford and Edmonton) and have even in happier hours toyed with the idea of a return: that little house on Montreal’s Plateau often looks tempting in the midst of New York real estate madness. We even made a sort of trial, spiritual homecoming when I travelled across Canada six years ago to deliver the Massey Lecture series. (And may have learned a wise lesson or two from the ups and downs of my good friend Michael Ignatieff’s brave, doomed return.)

My own parents went north from America, Philadelphia to Montreal, sixty years ago on the same anti-war wind—and, as I found out just recently, almost in the same week—that blew Jane Jacobs and her family from New York to Toronto. It can be done. But the truth is that New York has become our real nation, our place; by the most bitter of ironies, I had a few weeks ago actually just put on a kind of one-man story telling show about getting on a bus in Montreal in 1980 to head to the big town, just around the time, it occurs to me painfully, that a kid from Queens was going over to Manhattan with a million dollars in his pocket. The thought, irresistible both as formal design and as panicked retreat, is to get back on the bus.

We won’t. Not yet. I have been more or less unstinting in my apprehensions of what a Trump presidency might bring—and I am now in the bizarre situation of hoping that my political prescience proves to be as empty as my other kinds of prescience. (I badly wanted the Habs to take Dough Wickenheiser with the number one overall pick in 1980, since scouts compared him to Jean Béliveau and Denis Savard, the other choice, merely to Henri Richard. Those were the days.) The truly bizarre thing is that Canada, after the not-really-so-dark “anti-liberal” Stephen Harper years seems blooming under Justin Trudeau, at least as a place of cultural pluralism and hope, with the younger Trudeau, less aggressively cosmopolitan, perhaps, than his cool father, marking this new time in a more charmingly “inclusive” spirit. The deeper conundrum is how it is possible for one country to fall under the spell of extreme right wing nationalism at the very moment when its companion nation, under similar pressures of immigration, moves towards pluralism more or less unimpeded. (I did write patiently during the last Canadian election campaign of what seemed to me the complexities of the issue of citizenship and the veil—but my Canadian friends seemed notably, and perhaps admirably, impatient with my patience, more pluralist than this battle-shy liberal observer from the south.)

Of this conundrum one can say only that contingency plays a greater role in life, and political life, than we sometimes credit—Hillary Clinton won the votes of more Americans than Donald Trump, she just won them in the wrong places—and that the real and aching hard truth of this moment is that a model liberal pluralist is leaving the Presidency with close to record high approval ratings, just in time to welcome in his successor, who will negate every one of his achievements and destroy his legacy. Explaining this little historical oddity will take years of work. We may never manage it.

My wife leaves for Edmonton this morning to see her mother and sister there, and they have promised to keep an eye for a little house for us near the University of Alberta campus. But in truth we live in cities first, countries second, and communities above all. Last night a friends, a chef and his pastry-making wife, who had to close their restaurant last year under the relentless Trumpian pressures of Manhattan real estate leases, came over, and we cooked together with good stuff from the Union Square Greenmarket (where the first of what anti-Trump protests took place—worrying only inasmuch as the potential violence of right-minded protestors may well be what provides Trump, in the classic manner, an excuse for a police state) and drank some wine and all felt—well, not better, but ready to go on.

Citizenship is a complicated thing, and the claims made by the community near at hand will always feel far more compelling than those made by the country at large. There are illusions in this—sometimes learned, as the history of the Jews my family remain remind us painfully too late. Having the wisdom to know when to go home is crucial too. Yet the community made in New York, and the truth that our Canada loving children still know no other home than this, makes returning even to the better, colder country hard. Too soon to go home—but save us, if you would, a place at the table.

Adam Gopnik is a staff writer at The New Yorker. In 2011, he delivered the CBC Massey Lectures Winter: Five Windows on the Season.