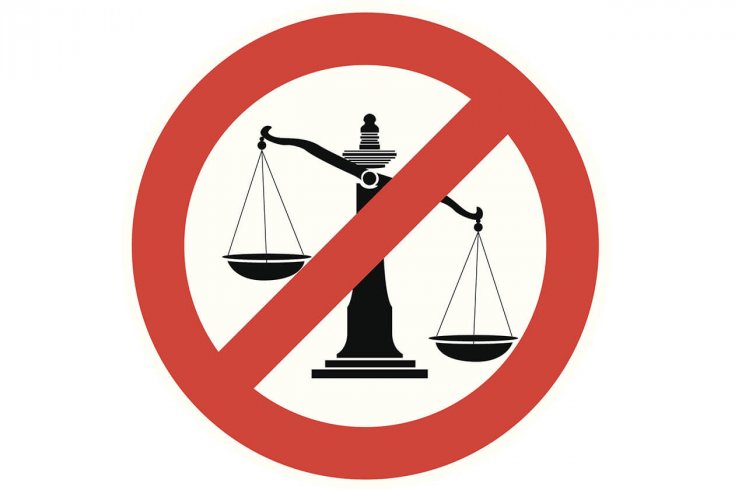 I am not a friend of Steven Galloway’s, nor have I read his books. We became acquaintances when I spent a week with him and his family on Denman Island a few years ago while we both attended the writers’ festival there. During the Ghomeshi scandal we engaged in a debate through Facebook’s private messenger. He expressed support for the claimants. My empathy for the claimants was a given, but I was uncomfortable with the way Ghomeshi had been charged and tried on social media long before we knew the specifics of the allegations against him, and before he had been brought to court.

To admit to have harboured any sympathy for Ghomeshi is now risky, I know. But I spent much of my childhood and youth living under ultra right-wing military dictatorships, and fighting them. People were systematically imprisoned, tortured, murdered, and disappeared without charge or trial. Due process has been, and is, one of the most important principles of my life. And due process was what Galloway was denied when he was called a rapist. I don’t think the University of British Columbia is entirely to blame for encouraging such dangerous innuendo, but I do believe it needs to be held accountable for a communication strategy that, due to the wording of their press release when Galloway was first suspended, allowed this to happen.

This is why I signed the UBC Accountable letter. I am not a privileged white man. I am a woman of colour who arrived in this country as a refugee, and I was raped as a child. For all I know, many of the other signatories, of all genders, are also rape and sexual assault survivors. Just because they do not make their private lives public does not mean they are not.

Ever since our letter came out, demands for an apology have been made of us. Now that Galloway’s statement, provided through his lawyers, has confirmed that he was cleared of the one sexual assault accusation, it’s actually the signatories who should be apologized to. For being called rape apologists. For being told that we were silencing women. Above all, Galloway should receive an apology from all those who publicly called him a rapist. This is slander. It is defamation of character. He has tried to kill himself at least once. Sadly, those who engaged in this witch hunt will walk away with impunity.

To publicly call someone “rapist” is a serious act. It’s an especially irresponsible accusation when you’re merely working from the presumption of predatory behaviour. It’s right up there with “murderer.” Which is why I rarely use the “rape” word. I don’t use it metaphorically, and I am very careful when I use it literally. We now know that Galloway was found guilty of having an affair with a married student his age. For this he was fired. The complainants were heard, they were offered counselling services, there was an exhaustive, independent investigation headed by a retired BC Supreme Court judge who is a woman, using the balance-of-probability system as opposed to the beyond-a-reasonable-doubt system (much fairer for sexual assault complainants, and we must remember that only one of the complaints, filed by the woman he had the affair with, was a sexual assault accusation). The complainants’ stories, faces, and names were kept private. The employee was let go at the end of the process. He is no longer in contact with students. This is a win for the complainants.

A group of us exercised our freedom of speech by signing a letter asking UBC questions about their process and demanding an independent investigation. I signed it because an employee was suspended without being told why and the employer immediately made the matter public with wording that allowed the press and social media to call said employee a rapist for a year. The letter states that the complainants themselves were ill-served (the complainants, who by virtue of being complainants are already in a vulnerable situation, should never have been put in the position of having to round up other students to come forward with their own stories). The letter focuses on the employee, and not the complainants, because he is the one that was called a rapist on social media before he, much less those slandering him, even knew what the allegations were. It is because he is the one that was taken by police to a psychiatric institution in the United States when he was informed of his suspension.

If raising valid concerns about a flawed process is rape culture, then we are doomed. Not only is it shutting down the conversation, it is essentialist and reductive. Those who have accused our letter of condoning rape culture have argued that it does so because standing behind a privileged white man discounts women’s stories and feeds into women being disbelieved when it comes to sexual assault. First of all, I would have signed the letter whether Steven was a privileged white man or a privileged woman of colour. (It is a given that if you are the head of a university department you are privileged, just as it is a given that if you are a university student you are privileged).

Yes, far too often women who are sexually assaulted are disbelieved. Which is why I understand and see the reasoning behind the “I Believe Women” slogan. It is a powerful statement. It is a strong political position. It is a rhetorical tool, but is not an actual, automatic truth. If we see it as such, it is an inherently tyrannical position that has historically been used to imprison and murder poor men of colour and Indigenous men. For these reasons I much prefer “I Listen to Women.” And this is a case where the women were heard and action was taken. Galloway was fired for having an affair and for other inappropriate behaviour that does not fall under the sexual assault category.

I read today that Joseph Boyden has been let go as a juror for a magazine’s literary contest. This is troubling. Are we saying that if someone does not think exactly the way we do they should be removed? Someone who has proven through his body of work and actions that he is an advocate for women’s and Indigenous populations’ rights? Are we saying that if someone writes a letter out of concern for a colleague who has been mistreated by their employer—and who has tried to kill themselves—they are now deemed persona non grata in the work that they do, which includes judging literary contests? A letter that addresses our collective rights, by the way. This has a McCarthyist streak and I have seen first hand where this can lead.

The left is in shambles in North America. And the Galloway controversy reveals why. It has become the new puritanical church, shaming, bullying, condemning, and expelling anyone in its ranks who is seen as taking a misstep. It has become victim to its own victim stance, choosing to see oppressors and enemies within its own membership, a membership which you might not always agree with (last time I checked this was a healthy thing because it keeps us open-minded and this is how we grow) but which is ultimately in solidarity with you. It has been blinded by its own ideology to the point of losing its capacity to think critically. One of the signatories shared with me some of the messages he was receiving whenever he answered questions about why he had signed the letter, a letter addressed to a neoliberal corporation, UBC, asking for accountability in the mistreatment of one of its employees. One message—from a person unhappy she was being tweeted at directly—kept saying, “Stop. Stop. Stop. You’re retraumatizing me. Stop.” If a person signs a letter you don’t agree with and then explains why they did so when explanations are being demanded, you might want to let him speak. Who is actually doing the silencing in this scenario? And I’m being kind when I use the word “silencing.” “Censoring” is more suitable, considering we are also being bullied into removing our signatures and taking the letter down completely.

I have not lost any friends by signing the letter, in fact the opposite is true. I have reconnected with old friends, colleagues have now become friends, and I have met and made at least one new friend. I have been confronted by several people as to why I signed the letter, and I have been happy to give my explanation. There are other signatories who have lost friends, and who are shaken to the core at the realization that a friendship could be hanging from such a tight thread. Galloway has apologized in his statement for any hurt he has caused. Several of the signatories have apologized for the pain the letter has caused and have said that it was never their intention to hurt anyone. One signatory, Douglas Gibson, states that asking for an open investigation, with fairness and due process, is the opposite of supporting injustice, and in fact the opposite of targeting women who feel vulnerable.

It seems this is not enough. Which leads me to believe that even if the letter had contained two more sentences about the complainants, as has been suggested by those who are critical of it, that would still not satisfy. I am left to wonder if those who are against the letter have a problem with the abysmally treated employee being mentioned at all.

Patrick Warner, one of the letter’s signatories, consulted the Canadian Charter of Rights and Freedoms. In his statements he has quoted Section 11 (proceedings in criminal and legal matters): “Any person charged with an offense has the right a) to be informed without unreasonable delay of the specific offense,” and “d) to be presumed innocent until proven guilty according to law in a fair and public hearing by an independent and impartial tribunal.” Social media and the press is neither. And in this case, they have in fact done the exact opposite.

Carmen Aguirre is the author of Something Fierce: Memoirs of a Revolutionary Daughter. 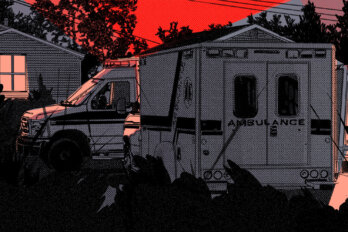 The Death Dilemma: Are Hospitals Overtreating Patients Nearing the End?