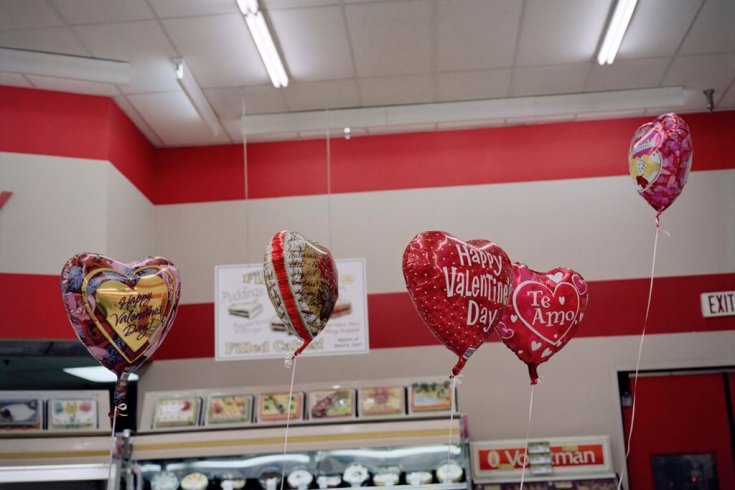 I spent much of my childhood wandering the surfaces of foreign planets or traversing interstellar space at fantastic speeds. Yes, I admit it, I was a science fiction nerd. How could I not be, growing up in the ’70s, the era of Viking and Voyager, of Star Wars and Close Encounters of the Third Kind, of Battlestar Galactica and of Star Trek reruns? Not to mention the shelf full of novels I had inherited from my uncle: Frank Herbert’s Dune, Isaac Asimov’s Foundation series, Larry Niven’s Ringworld, Arthur C. Clarke’s Rendezvous with Rama. These were the first books I read with the manic enthusiasm of a novitiate searching for the secret word of God, the books that taught me that the interior, imagined life could be as rich and compelling, and in many ways as real, as the exterior one. Indeed, I can safely say that for a significant portion of my early life all I knew about the world I learned from science fiction.

Of course, as a form of education sci-fi is idiosyncratic: it prepares one to face the most unlikely of scenarios while shedding little, if any, light on real human problems. Not to brag, but if squadrons of flame-vomiting dragons or robots armed with disrupter rays had attacked Liverpool, Nova Scotia, in the early ’80s, there would have been one person in town with some idea of what to do. In terms of readying me for the life challenges I would actually face, though, my intergalactic escapades were considerably less helpful. I often think about this around Valentine’s Day, because, looking back, I realize that what these books had least prepared me for were the baffling and intractable mysteries of the human heart.

How enterprising fans get hitched

Believe it or not, Trekkies have been known to boldly leave their parents’ basements and find true love. Many of them have married at Star Trek: The Experience, a pavilion at the Las Vegas Hilton (recently decommissioned). The following is a captain’s log of a typical wedding in deep space Nevada:

Science fiction tends to take place in worlds without romance. Women rarely appear in these realms, and when they do they are viewed through the eyes of uncomprehending males. Star Trek—the original late-’60s TV series, which had a great effect on my early imaginings of the future—had female characters. But whether or not they were literally aliens (and many of them were), the women on Star Trek usually seemed alien, mysterious, exotic (some even had green skin, an unexpected turn-on). Moreover, with very few exceptions none of these women stuck around for longer than an episode. This was plenty of time, of course, to incite the interest of Captain Kirk, who no doubt spent many hours carefully parsing the Starfleet manual to determine precisely what sort of human-alien contact was permissible under the Prime Directive. Whatever Kirk’s interest, however, it certainly wasn’t in a relationship. After all, there was always that five-year mission to get back to.

But Kirk’s commitment issues alone don’t account for Star Trek’s loveless universe; sci-fi’s dispassionate nature runs deep. I now see the genre I loved in my youth largely as an expression of a kind of utopianism, a rationalistic idealism that eschewed the emotional anarchy we call love. Romantic and sexual attraction tend to wreak havoc with well-organized social arrangements: they are deeply disorderly and inherently ungovernable; they make a mockery of our claims to be a reasonable species. Accordingly, the books, films, and TV shows of my youth frequently posited a future in which biological or social evolution had taken us past the point where such feelings were either necessary or desirable. Some of them (see Asimov’s Foundation or Robert Heinlein’s Starship Troopers) altogether omitted these emotions from their depictions of future human beings. Others, like Star Trek, acknowledged the existence of romantic and sexual longings but treated them as chaotic, disruptive, and dangerous.

The classic example is the episode “Amok Time,” in which the famously rational Spock comes down with a bad case of Pon Farr, a.k.a. the Vulcan seven-year itch. Once every seven years, a Vulcan must return to the home planet to have sex with a pre-arranged mate, or else, according to Dr. McCoy’s prognosis, “physical and emotional pressures will simply kill him.” Getting to Vulcan means rerouting the Enterprise, and Kirk is much too dignified to make an honest case for the ship’s diversion before Starfleet Command. As a result, the crew is forced to defy official orders. Things only get messier once the three men disembark: for reasons too complex to go into here, a violent fight breaks out between Spock and Kirk, and Spock loses his would-be partner to a rival Vulcan. (Spoiler alert: Kirk survives the episode unscathed, as does a still-virginal Spock, who, like so many teenage viewers, only felt as if he would die if he didn’t get laid.)

Here and elsewhere, Star Trek acknowledges the ancient lusts and passions that, even in the twenty-third century, still boil just under the human skin. But these remnants of internal wildness—the last remaining swaths of the human psyche’s once-magnificent old-growth forests—are inevitably subdued and driven into submission by the end of each episode. I understand, imagining myself at that age, why I would have responded to such a picture of human life. Sexual desire can seem a fearsome thing when one first becomes aware of its existence. As an adolescent, enduring the travails and embarrassments of puberty, I would surely have seen “Amok Time” as an allegory for my own experiences; a vision of the future in which human life has (mostly) transcended such barbaric urges would have been very appealing to me. The sterile interiors and clean lines of the starship Enterprise are metaphors not only for the rationally structured, conflict-free society we are to imagine has come to govern the galaxy, but also for the tranquil and serenely adult behaviour its citizens are supposed to display.

The desire for such serenity, for freedom from the tumults of lust, is something we all feel at some point in our lives, and it is nothing new. Western thought itself begins amid delusions of utopia: Plato’s Republic, for instance, in which the authorities decide who reproduces with whom without deference to the uncontrollable and illogical whims of romantic attraction. It will never happen, of course; not for us as individuals, nor for our species. And a large part of growing up is accepting not only that it won’t happen, but that we wouldn’t want it to. True, this utopian vision might once have seemed as compelling to me as the equally rationalistic and equally implausible constructions of science fiction writers. But then, around the age of thirteen, I—well, I met a girl.

She wasn’t an android and she didn’t have green skin and she wasn’t from outer space. Yet she seemed to me an emissary from elsewhere: something mysterious and strange, an outsider in a way that seemed to complement my own sense of apartness. She was, as Spock liked to say, fascinating. And though I continued to read science fiction for some time after that, it didn’t hold the appeal it had before. After years of exploring the galaxy, seeking out new forms of life, I was finally ready to stand on Terran soil and plunge headlong into the messy, unpredictable life that waited for me there. In the midst of imagining the possibilities to come, I had suddenly discovered, of all things, my future.

Troy Jollimore, a philosophy professor at California State University, Chico, is the author of Love’s Vision and two poetry collections, At Lake Scugog and Tom Thomson in Purgatory.
Christina Paige