Show Us the Suicide Note | The Walrus
Skip to content 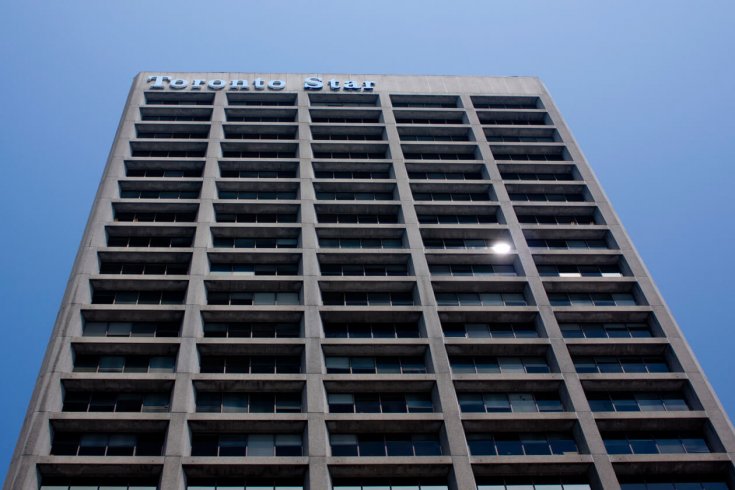 Last month, Toronto Star environmental reporter Raveena Aulakh took her own life. Her suicide note has not been made public. But the early industry gossip had it that she was emotionally traumatized by the infidelities of her one-time lover, Star assistant managing editor Jon Filson. Since Aulakh’s suicide, Filson abruptly was marched out of the Star. (One assumes he was fired, but there are all manner of legal fictions surrounding such terminations.) Also gone from the Star newsroom is managing editor Jane Davenport, who was both Filson’s alleged add-on paramour and Aulakh’s boss. It also was suggested, on at least one widely circulated gossip site, that this seamy sex mess was part of a wider culture of workplace promiscuity at the Toronto Star.

To state the obvious: The story represents a horrible personal tragedy for Aulakh and the people who loved her. But it also represents a major potential scandal for the Star, whose management allegedly was notified about Filson’s behavior in the lead-up to Aulakh’s suicide. And yet, in the days after Aulakh took her own life, no major Canadian media outlet reported on these facts. This includes the Star itself—despite the fact that the newspaper trades actively on its self-declared dedication to “social justice” and “the rights of working people.” The Star effectively made itself the lead investigator and prosecutor of Jian Ghomeshi in the early days of that scandal. During this period, the newspaper’s columnists and editorial writers staked out zero-tolerance positions on workplace harassment and sexualization. Yet when a tragedy well beyond the scale of Ghomeshi played out at the heart of their own newsroom: silence.

Yesterday, hours after the National Post picked up the story, Star public editor Kathy English finally broke the Star‘s silence with a column outlining some basic facts about how management dealt with Aulakh’s claims, both before and after her suicide. The column contains a lot of clumsy and euphemistic language that appears to have been the product of intra-newsroom political compromise (“serious mistakes of a personal nature have been made” being the most appalling). But at least the Star now has published something—even if only to appease a newsroom union that now is demanding an independent investigation. When that investigation is complete, we will know a lot more. And many of the names that currently appear at the top of the Star masthead likely won’t be there anymore.

But in one sense, English is too hard on herself. “By all reports of those closest to her, the last thing this award-winning global environment reporter [Aulakh] wanted was to be the focus of this story about her suicide and its aftermath,” English writes. “She left explicit instructions [in her suicide note] that this very thing should not happen (‘Please don’t talk about me. Please don’t let anyone write about me,’ she wrote). Nor did she want an obituary in the Star, the Star’s common practice when one of its newsroom employees dies. Her family also made clear those explicit wishes and the Star had tried to respect that. I know for certain that I am letting Raveena Aulakh down in writing this story in my role as public editor tasked with reporting to our readers about her death in light of this now public call for an independent investigation.”

That last sentence is wrong. Kathy English did not let Aulakh down. A suicide note is not a contract. And colleagues and loved ones have no duty to abide by its terms. Even in death, the departed can offer up value to the living. And in Aulakh’s case, her life, her death, and her last cri de coeur may have much to say about the frustrations, indignities and heartbreak endured by staff at the country’s biggest newspaper. No complete investigation of Aulakh’s death can take place without access to that document. And I expect that its full text will eventually be made public. The Star should release it now—as part of its own investigative journalistic coverage—rather than wait for the inevitable leak.

Of course, friends and family members of the departed almost always try to honour the last wishes of loved ones. But Kathy English is writing in her capacity as a journalist—even if the sensitive tone of her column is coloured by a sense of personal loss. Journalists have not only a license to ignore the last wishes of the departed—they have an obligation to do so. People go to their graves with all manner of secrets.

No good investigative journalist can embrace the sentimental conceit that the dead enjoy privacy rights. Our whole profession is built on the idea that no one, alive or dead, is ever beyond scrutiny—including those in our own profession. As the 2014 Rolling Stone scandal showed us, it is precisely when we declare the accounts of whole classes of people to be inherently beyond question that our investigations go off the rails.

The idea that suicide victims have the right to dictate the manner by which their deaths are reported is deeply problematic—and not just because it contravenes journalistic principles. The idea of a suicide note as holy writ, morally binding upon survivors, serves to implicitly romanticize the act of suicide. Even as we mourn Raveena Aulakh, it’s important to remember that killing oneself is a pathological act—one that society must do everything in its power to discourage. Many suicide victims are motivated not only by deep pain, but also by the feeling that they have lost control over events in their lives. Why would we encourage the idea that this final, horrible act will allow them to finally impose control upon the narrative of their broken life?

On April 16, 2015, a twenty-four-year-old woman named Molly Alice Parks died in Manchester, New Hampshire—one victim, among many, of North America’s current heroin epidemic. The traditional practice in the shadow of such tragedies has been to hide the cause of death with euphemisms—or leave it out of the obituary altogether. But her father, Tom Parks, was sick of this hypocrisy. Too many people were dying from drugs. And no one wanted to talk about it—just as none of us like to talk about mental disease.

“She played dress up her whole life—I mean, she’d go to thrift shops and find nice dresses, get them for nothing and her and her friends would dress even if they stayed in the house,” the grieving father told NPR. “You’d think that addicts withdraw completely into themselves, and that wasn’t Molly. She loved her friends. She loved us. She loved life; just the addiction was too much. She just—she couldn’t fight it off. And a friend of hers told us that when she got out of the last rehab, when she was—the third one in eight months—that she wasn’t out for a week-and-a-half or so, two weeks, and her dealer was calling her, texting her, bugging her; you know, I always thought she was a strong kid, but she wasn’t that strong.”

“I’ve seen a lot of obituaries, and you see twenty-somethings, thirty-somethings, forty-somethings and they all have ‘sudden deaths,’ but that doesn’t really happen to twenty- and thirty- and forty-somethings. There’s no ‘sudden death’ for them. It’s either suicide—and I understand people don’t want to put that or drug, you know, overdoses. And for the life of me I can’t figure out why somebody wouldn’t want to put that in an obituary because if you just keep sweeping it under the carpet, nobody is going to figure it out.”

Would Molly Alice Parks have wanted the world to know how she died? Probably not. But I know that since hearing that interview a year ago on NPR, I have never thought about heroin addicts in the same way again.

Molly’s tragedy became a learning experience—and potentially a life-saving experience—for others. The same may prove true for Raveena Aulakh. We don’t know. The only way to find out is to release her suicide note. There will no betrayal in this act. Our duty is to the living, not the dead.