Should Canadian Courts Have the Power to Censor Search Results? | The Walrus
Skip to content 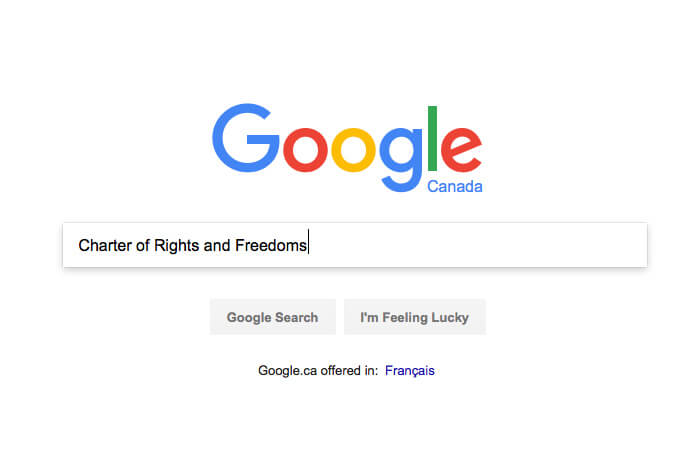 The case of Google v. Equustek, which the Supreme Court of Canada will hear this week, may seem an unlikely contender as a landmark decision in the history of free speech. But the court’s judgment could profoundly affect what Canadians can—and can’t—access on the Internet for years to come.

Google v. Equustek began as an intellectual property dispute brought in the British Columbia Supreme Court. The plaintiff company, Equustek Solutions Inc., accused a rival of variously selling Equustek’s equipment as its own, stealing trade secrets, and advertising Equustek’s products on its website while sending customers a different product. The rival, Datalink, refused to comply with orders to cease operating websites that advertised and sold the disputed products.

Separate from these legal proceedings, Equustek requested that Google remove specific Datalink websites from search results on the Canada-specific domain google.ca. Google voluntarily agreed to this request but was unwilling to block an entire category of URLs from its worldwide search results (including results on google.com). Equustek petitioned the BC Supreme Court for an order requiring Google to de-list the offending websites worldwide, arguing that they had no other remedy available.

In an extraordinary decision, the British Columbia Supreme Court agreed with Equustek. Madam Justice Lauri Ann Fenlon held that the appropriate test for determining whether the order should be granted is to determine whether there is a “good arguable case,” and an “irreparable harm,” and then to “balance the interests of the two parties, having regard to all the relevant factors in each case, to reach a just and convenient result.” Fenlon ultimately held harm was being done to Equustek as long as Datalink’s websites were easily reachable and it would not inconvenience Google to de-list them globally. There is but a single mention of freedom of expression in the order.

On appeal, Justice Harvey Groberman, of the Court of Appeal for British Columbia, agreed with the lower court decision on almost all aspects, but had this to say on the issue of freedom of expression:

“There has, in the course of argument, been some reference to the possibility that the defendants (or others) might wish to use their websites for legitimate free speech, rather than for unlawfully marketing.  . . . That possibility, it seems to me, is entirely speculative. There is no evidence that the websites in question have ever been used for lawful purposes, nor is there any reason to believe that the domain names are in any way uniquely suitable for any sort of expression other than the marketing of the illegal product. Of course, if the character of the websites changes, it is always open to the defendants or others to seek a variation of the injunction.”

Shortly after the Court of Appeal issued its decision, Google submitted an appeal to the Supreme Court of Canada.

There can be a tendency to be defeatist when it comes to policing the Internet. Even in this case, we see the limitations and absurdities of the court’s order, which calls upon Google (and no other search engines) to de-list the site, after earlier orders attempting to reach the site operator failed. And the courts acknowledge that new sites are easily created so the order must be perpetually updated to reflect the additional offending URLs. There are also questions of jurisdiction over Google. But these distract from the real problem facing us: What test should courts apply when deciding whether to order the removal or de-listing of webpages?

Canadian courts have taken some positive steps towards recognizing the importance of the Internet. However, they have stopped short of bringing the Internet and expression on the Internet under the Canadian Charter of Rights and Freedoms. They have never explicitly designated the Internet as a protected “medium of communication” under section 2(b), which lists our “fundamental freedoms” as “freedom of thought, belief, opinion and expression, including freedom of the press and other media of communication.” Further, the courts have never articulated a rigorous Charter framework for deciding when expression can be restricted on the Internet.

As the list of interveners in Google v. Equustek shows, this case is seen as a threat by those who care about the right to freedom of expression. (The list includes the Canadian Civil Liberties Association, the Wikimedia Foundation, the Center for Investigative Reporting, and the Electronic Frontier Foundation.) And for good reason: de-listing a website from search engine results is almost as effective a form of censorship as eliminating the website itself. The clear intention is to inhibit access to a part of the Internet. And not just to restrict access nationally, but internationally as well.

If this order were directed at a newspaper, the court would be forced to undergo the rigorous legal balancing test that previous Supreme Court decisions have invoked in freedom-of-speech cases. But because the Internet has existed outside of explicit Charter protection, the BC courts were able to rule in Equustek’s favour without paying much heed to constitutional considerations in regard to freedom of expression. In their own cost-benefit balancing calculus, the BC judges saw this as a straightforward, no-nonsense solution to an intellectual property dispute.

But websites, the building blocks of the Internet, can be used for all kinds of purposes. And any infringement on their use, and our access to them, necessarily shapes our broader right to publish our own speech, and access the speech of others. Imagine, for a moment, if this were a defamation case originating in a political campaign, or a copyright issue related to inappropriate use of a song or film clip. Or go one step further and imagine that it’s another country’s judicial system making a determination on access to the website of an anti-government NGO. Imagine if a court in the United States, China, Russia, Saudi Arabia, or Israel were allowed to determine what you or I could access on google.com here in Canada. The logic of the Equustek case, as it now stands, is that officials in any one nation may decide what everyone else around the world gets on their search results, with no regard to freedom of expression issues.

At this critical legal juncture, the Supreme Court should stand on the principle that the Internet is indeed a constitutionally protected medium of communication—and that courts cannot limit access to any website, nationally, let alone internationally, without undergoing the sort of stringent legal balancing test that is prescribed in all cases that touch on infringements of Charter rights and values.

Over the last two decades, the Internet has become fundamental to how Canadians express themselves and share their opinions. Yet the Internet is also a complicated place, where trolls and terrorists share space with millions of others going about their daily business. And there is no doubt that suppressing such online pathologies as child pornography or incitement to violence may require the imposition of some restrictions on our online access. But such restrictions can be justified only by judges who are mindful of the critical role the Internet has in the lives of Canadians.

Amy Sanderson was an editor for the Columbia Journal of Environmental Law and the Harper Decade.