Shame on Parent Shaming | The Walrus
Skip to content 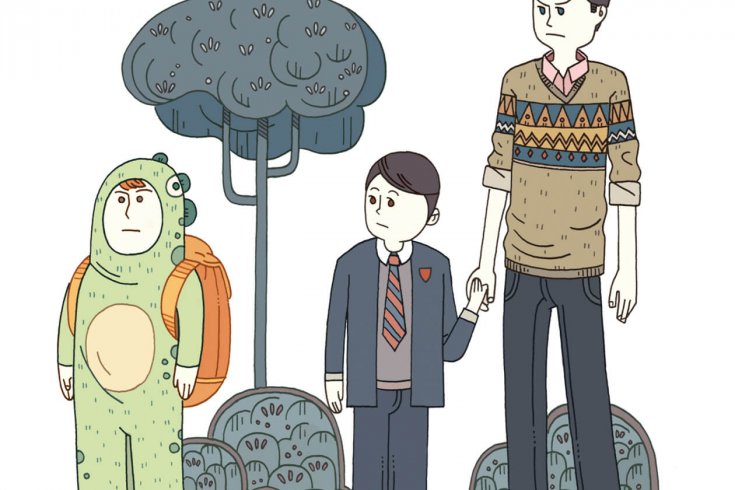 Colette Anderson and her five-year-old son were approaching the checkout line at a Save-On-Foods in North Vancouver when she realized they’d left her shopping list at the sushi place in the mall. A hundred metres away, just out of sight. “Would you mind going and grabbing it while I pay for these groceries?” she asked the tow-headed boy. Off he went.

Two minutes later, she spotted her son coming toward her. A middle-aged man was escorting him, his hand on the child’s shoulder. The boy disengaged himself and trotted over to his mother.

“I found him alone in the mall,” the man said.

“I can’t understand how you could just let him run off.”

“Anything could have happened to your child—anything,” he said. “That’s bad parenting.”

The man was talking loudly. Other shoppers had stopped what they were doing to tune in. Anderson could feel anger rising in her but made an effort to contain it.

“Thank you, but my son didn’t need you to rescue him,” she said. “He’s quite capable of running an errand on his own. That’s how kids grow up.”

The man stalked off. Anderson reassured the rattled boy that all was fine now. But a couple of minutes later, the stranger appeared again. “I just can’t let this go,” he said. “I can’t believe you’d be that irresponsible.”

One aspect of the interaction with her confronter stays with Anderson the most: his rage. In 2010, Anthony Daniels, a former Birmingham prison physician who writes under the pseudonym Theodore Dalrymple, described the kind of snap judgment that causes a stranger to publicly dress down a parent as part of a “toxic cult of sentimentality.” The phenomenon has become so widespread that a whole category of viral videos has emerged featuring mothers who return to their cars after running short errands and find themselves furiously upbraided by strangers for having left their children unattended. According to Daniels’s argument, such bystanders love kids so much their feelings curdle into a “sentimental wrath”—or a self-righteous hatred—turning them from protectors into vigilantes. In such cases, scolding an offender produces a moral high.

A study published in August seems to bear out this analysis. Researchers at the University of California presented 1,328 participants—split roughly evenly between men and women, between those with children and those without—with vignettes involving kids who had been left alone by their parents for less than an hour. The explanations for this act ranged from the selfless (parent volunteering for charity) to the selfish (parent popping out to meet a lover). The study found that the perceived peril faced by each child escalated according to the moral transgression the parents were judged to have committed. The result was a “feedback loop”: the bigger the affront, the greater the threat; the greater the threat, the louder the outrage. In other words, talk of risk was used to rationalize moral disapproval.

Humans are terrible at assessing risk. Social scientists describe an “availability” heuristic that causes us to inflate the likelihood of events that can be easily brought to mind—the dramatic, the sensationalistic, the recently seen on the news. But how likely is it that children will become victims of the kinds of snatchings that put photos on milk cartons? Of the 41,342 kids reported missing in Canada in 2013, twenty-nine were “abducted by strangers.” But “stranger” in this case just means “not a parent.” In a 2003 study, investigators looked at ninety cases of stranger abductions collected from the previous two years. After eliminating the cases in which the abductor had been known to the family, they arrived at a new number: two. Two kids. Indeed, if you left your child on the corner in hopes of having him abducted, you’d have to wait—by one calculation—200,000 years for it to happen.

This climate of fearmongering changes parental risk-calculus—it’s now driven by fear, not logic. Two years ago, Chad Brown, a Vancouver software developer, entered a hackathon sponsored by the City of Vancouver. He used government crash data, geolocated by intersection, to develop an app to help kids walking to school pick a route that avoided dangerous intersections. After Brown’s team won the competition, he learned why: they had stumbled on one of the city council’s top priorities at the time—to encourage parents to walk with their kids, or to let them walk by themselves. Since the 1970s, the percentage of Canadian children allowed to walk to school has fallen from around 50 percent to about 15. One of the reasons: fear of abduction. Studies routinely show, however, that kids are at a higher risk of getting hurt when they’re driven to school. Indeed, car crashes are among the leading causes of child death in Canada. But the spectre of an abduction—which is highly improbable—is more psychologically “available” than the more likely, if mundane, possibility of an accident.

Anderson allows that her day could have gone more sideways had the man opted to call the police. In April, officers were summoned to a Squamish, British Columbia, house after a neighbour reported that the family’s two children—a four-year-old boy and his six-year-old brother—were playing by themselves in the driveway. One year later, another complaint sent a Child and Family Services investigator to the door of a Winnipeg mom whose three children were playing alone in the fenced-in yard. (She was in the house.)

Many jurisdictions in the United States have experienced an increase in 911 calls because concerned citizens are phoning in reports of children walking, playing, or sitting somewhere alone. “I’ve had investigators testify in hearings that you can’t leave a child in a car for even sixty seconds,” says Diane Redleaf, legal director of the Family Defense Center, a Chicago-based non-profit that advocates on behalf of families in danger of losing their children to foster care. Over the past decade, the number of families who’ve turned to the FDC for help after being charged with inadequate supervision has tripled—“This is now the largest category of cases we see,” she notes. (In the US, parents who have merely been investigated for inadequate supervision can end up on a registry that can be accessed by potential employers. Canadian provinces maintain similar registries, but if you haven’t been convicted, no one can see your file.)

John-Paul Boyd is the executive director of the Canadian Research Institute for Law and the Family at the University of Calgary. He sees parents as being stuck in a social moment where they can’t win. “As a society, we give parents a really large degree of discretion while we hover in the background, waiting for them to lapse and demonstrate parenting standards that fail the norms we’ve established.”

If these norms had been in place when we were kids, almost all our parents would have been targets of suspicion. (Remember “Don’t come home till sundown”? That wasn’t a suggestion; it was a directive.) “We spend so much time looking at sensationalistic news about children who are at risk,” says Boyd. “Maybe we need to reset our comfort level.”

This appeared in the December 2016 issue under the headine “How Could You?”.

Hayden Maynard is an artist living in Toronto. His work has appeared in the New York Times and the Globe and Mail.