School of Unexplained Knocks | The Walrus
Skip to content 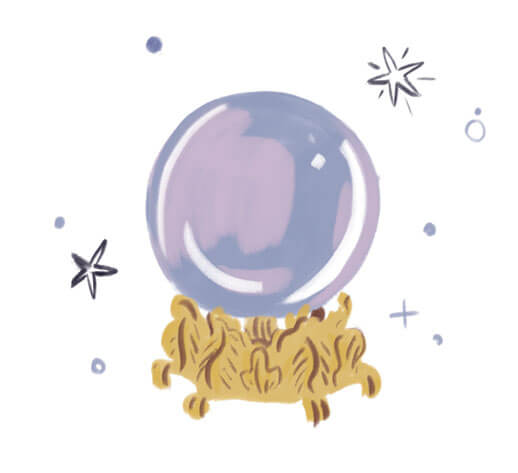 Once in a while, I browse the Toronto District School Board’s “Learn4Life” guide and imagine myself as a different person. What if I decided to make all of my own clothes? Who would I be if I learned salsa dancing—or salsa cooking?

Most of the courses have soothingly insipid titles and descriptions. “Computer Applications for Everyday Life” walks students through the process of purchasing movie tickets online; “Cake Decorating: Wilton Method–Advanced” advises on the best method of making flowers from gum paste. Any would-be instructors can propose a class, and if the school board likes the idea, it’s a go. For a few years now, it has offered a course called “Everything You Want to Know about Ghosts but Are Afraid to Ask,” which promises to help rid the body of “unwanted spirits.” I’m not sure who approved that one, but I was intrigued enough to sign up.

I don’t believe in astrology or numerology; I don’t think there’s anything to be gleaned from magic crystals or the leaves at the bottom of my teacup. But I’ve been afraid of ghosts for as long as I can remember, so in December, I asked three friends to take the course with me at $21 a pop.

We showed up late, just as the instructor, Dawn Trewin—a special-needs assistant who moonlights as a medium—was lecturing on magical orbs and handing out photos of luminous white circles cluttering up otherwise normal shots. One of them, Trewin explained, depicted a recently deceased grandmother frolicking with a belly dancer at her granddaughter’s wedding. “But if you put ‘orb photos’ into Google,” she cautioned, “most of those are just dust.” (It’s true: a vast number of Internet users seem to have mistaken camera flashes bouncing off particles in the air for genuine apparitions.)

I was surprised by her skepticism. “People often call me to their house because they think they have a ghost,” Trewin said. “But really, they just have a cat who likes opening doors, or a weird old stair, or buggy wiring. If their ghosts are from doing something stupid, like using a Ouija board, I charge them double.”

The lesson went on for three hours and was full of strangely practical counsel, including, “You need to have really good boundaries with ghosts. You have to say no loudly if you want them to leave you alone”; “You should smudge yourself before and after going to family events where there will be toxic people—but honestly, you probably just shouldn’t go”; and, “Your light is your light. You need to protect your energy. People will try to take it from you, but don’t let them.”

What she said was so sensible, I had to keep reminding myself that this lady believed in ghosts. She gave the same sort of advice I would give friends with lousy partners, or colleagues who are always being drawn into interpersonal conflicts that don’t involve them. The only difference was that those people were still living.

Before long, I’d determined that Trewin was among the wisest and most pragmatic humans I’d ever encountered. But not everyone was so taken with her. A woman at the front of the classroom pushed back, insisting that nothing she did could make the ghosts leave her alone. A woman beside her kept claiming to be “the chosen one”—although it was unclear what she’d been chosen for, or by whom.

Trewin addressed the first student: “You say you don’t want these ghosts around you all the time, but from the way you talk about them, it sounds like you really do.” Then she addressed the second: “You are not a tool; you are part of a team.” My friends and I exchanged glances and quickly wrote the line down. We’d come to this class as a joke, but by this point it felt as if we’d fast-tracked through several years of behavioural therapy.

As the lesson wound down, Trewin overheard my friend swear in frustration at her malfunctioning phone. “Everything has energy,” the instructor reminded her. “Even phones. If you want it to work, you should apologize for cursing at it.”

“I’m sorry, phone!” my friend replied, mockingly. But Trewin said it needed to be sincere.

“I’m sorry I swore at you, phone,” she said again, more gently this time. The phone instantly booted back up.

When class ended, I grabbed one of Trewin’s business cards from her desk.

It said “LIVE YOUR LIFE” on the back. I’ve been carrying that card ever since. I read it every time I need a reminder.

Audra Williams has written for Atlas Obscura, the National Post, and the A.V. Club.
Katty Maurey