Tshiuetin, Innu for “the wind of the north,” provides the only viable means of travel to central Quebec. Bridging the gap between the lower half of the province and the town of Schefferville, which isn’t accessible by road, the railway was originally built in the 1950s to support nearby mines. At the time, it fit neatly into the narrative often associated with Canadian railroads—one of nineteenth-century nation building, from one resource-extraction town to another. Today, offering employment, economic independence, and affordable travel to Schefferville’s residents, Tshiuetin sustains the lives of hundreds of people whose connections to the region far outlasted the life of an iron-ore mine.

Schefferville lies near where the boreal forest meets the tundra, on land long traversed by Innu from the south and Naskapi from the north. But when the town was first formed in 1955 by the Iron Ore Company of Canada (IOC) to support nearby projects, First Nations were a minority, outnumbered by those who had come from elsewhere to work. Schefferville had 4,500 residents then, as well as its own movie theatre, community centre, hospital, and Hudson’s Bay department store. Locals, including the First Nations on whose land the company was operating, worked in the mines, in town, and on the railway.

After the IOC mines closed in 1982 due to falling iron-ore prices, workers moved elsewhere, and the town’s population plummeted. The IOC dismantled much of what it had built, leaving vast vacant lots where buildings used to be. Many Innu families moved from Lac-John, a reserve just east of town, to Schefferville, and the two communities became virtually indistinguishable. In 2005, the IOC sold the portion of the railway north of Emeril Junction to the Innu nations of Uashat Mak Mani-Utenam and Matimekush-Lac John and the Naskapi nation of Kawawachikamach for $1, and Tshiuetin Rail Transportation Inc. was born.

Running a railway company can be challenging, particularly with the region’s harsh winter conditions, and it seemed not everyone had faith in a First Nations–owned enterprise. “In the railway industry, I know it was said that we wouldn’t last more than three months,” says Tshiuetin’s operations manager, James Bérubé, who spent part of his childhood in nearby Kawawachikamach. The company has now been in operation for nearly twelve years, and it employs roughly fifty people full-time, with an additional thirty for seasonal work. Most employees live in the communities connected by the tracks.

In the summer, passengers from elsewhere regularly board the Tshiuetin—an Australian man in the mining business, a lone traveller keen to see a remote town, German artists exploring the region—but generally, passengers are regulars. Residents from the north head south to visit family and friends or to go shopping. Those from the south visit hunting grounds along the railway or vacation in the Schefferville area. Depending on the season, adventurers use the railway as a point of access to the mountainous walls near the southern part of the track, a coveted spot for ice climbing, or to the mighty George River. For those who see Tshiuetin as a means of economically reviving the region, rumours of mine prospecting north of Schefferville spark hopes of one day extending the railway.

Former residents and mine workers from the ’60s still congregate for yearly reunions, which usually take place in more accessible locations, such as Montreal or Vancouver. Few make it back regularly—though some do, including Yves Larose, a fifty-two-year-old teacher from Montreal. He and his three sons often visit the mining town where he grew up. “For me, what I liked about life in Schefferville—the forest, friends, the freedom—all of that still exists.”

Chloë Ellingson is a documentary photographer based in Montreal and Toronto. 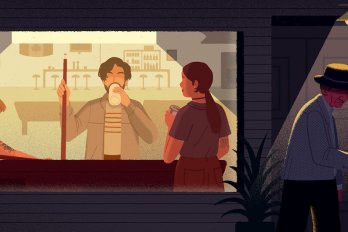 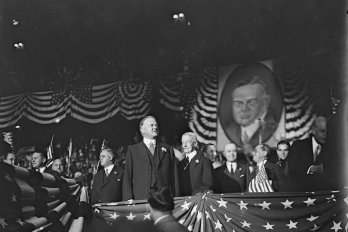 The Other Worst President 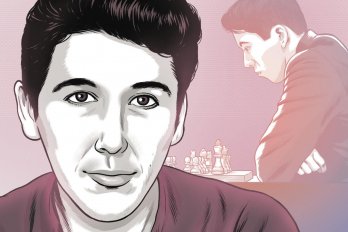