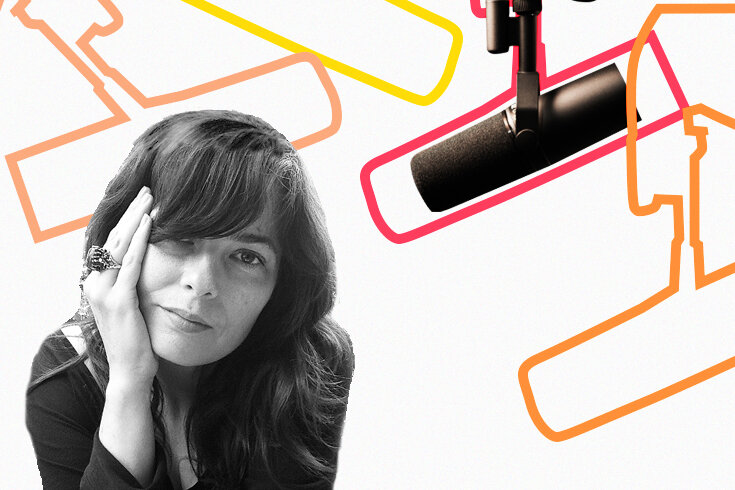 HOST: Caring for a sick loved one is one of the hardest things a person can go through, but as Damian Rogers found out, it can also be an opportunity to learn how to live a more meaningful life.

Welcome to The Conversation Piece. This is Damian Rogers.

DAMIAN ROGERS: Hi, I’m Damian Rogers and I wanted to say thank you to The Walrus for inviting me to speak to you tonight on the subject of better living. It’s actually my mother’s seventieth birthday today and she would have loved this topic if she could be here her favorite magazine when she could still read was Prevention, which if you’re not familiar with it … I mean it’s no Walrus … but it’s dedicated to celebrating the lifestyle of better living, eat right, exercise, keep a gratitude journal you know all that jazz.

I used to joke that my mother was going to outlive us all but almost a decade ago my health conscious mother was diagnosed with dementia at the age of sixty one what I’d like to talk about tonight is what I’ve learned about living daughter from witnessing the progression of my mother’s illness. When my mother was first diagnosed she wasn’t able to accept it. She was understandably terrified – she lived alone, she lost her job, she didn’t even live in the same country as her only child. It was too much in a state of desperation – she began a mnemonic project of her own design – she tried to memorize a list of 150 animal names.

I didn’t know where this idea came from it seemed like her plan was that she was going to memorize this list so that she could prove to the doctors that there was nothing wrong with her she copied this list out over and over and over she filled notebooks, sketchbooks, the inside jacket covers of novels ,and self-help books all with these names of different animals. Even after she entered an assisted living facility she continued to compulsively copy out this list. I think it became a way for her to focus her fear into some kind of activity and I think the repetition of it was at least a little bit calming. I even found the names of animals scrolled across two of her pillow cases. I couldn’t help but picture these animals running through her dreams.

My mother wasn’t the only one who was afraid. I became terrified that this is gonna happen to me too. But I wasn’t going to bury my head in the sand I wasn’t going to hide from the truth. I was gonna spit into a mail order DNA test to and I found out that I do actually carry a copy of the APOE four gene which does increase my risk of developing dementia. So I began to do all the research that I could. I gather information , I try to pay attention to the current science, which you know, if you do it’s always changing just to find out what is recommended that I could do to decrease this risk .I take her ROIC dose of curcumin everyday, I swallow spoonfuls of fancy fish oil along with a host of other supplements. I bike to work ,I drink tea, I ate blueberries and greens and sweet potatoes. I started to police my own cognitive health .I’d freak out whenever I switched up words saying salsa instead of pumice or forgot the name of an acquaintance. On my worst day I was following five different complicated health food recipes and solo parenting and packing for a writing retreat all at the same time I was melting a quarter cup of coconut oil on the stove when my son called me into the living room. He showed me something as dinosaur book and I sat down and I totally spaced out about the oil on the stove until the smoke alarm went off then when I ran back into the kitchen there was a column of flame about three feet high rising out of the saucepan. I panicked I couldn’t remember what you’re supposed to do for a grease fire I knew it wasn’t water. It’s not water I threw water on it – my son was screaming “make it stop!” It was a mess.

I cleaned it up, the house didn’t burn down, later I texted my husband and I said you know I’m really worried about my brain and he texted me back that, no offense but you’ve been burning pot since I met you in 1998.

Still I made an appointment for a full cognitive health evaluation. Towards the end of the exam the doctor conducting the test asked me to list as many animal names as I could in two minutes. I smiled – I mean I suddenly understood where my mother’s list came from you know. This bargaining exercise we do and I also saw that in trying to face the specter of this illness had on that I too had lost myself in my own lists.

Before I leave you I want to tell you what it’s like for me to spend time with my mother now and how I’ve learned to get past at least some of that fear. My mother no longer knows my name she couldn’t explain who I am to anyone who might ask her who is this. But we still find each other in a space past language. I play old songs she used to love to sing with me when I was a child. On my phone, sometimes she knows the words to the chorus, sometimes she hums the melody. These are the moments that I feel the closest to her.

No matter how anxious I am before I see her when we’re sitting together like that singing I am filled with gentleness and patience and I’m completely present it’s in this way that she’s teaching me how to treat myself with that same kindness because sometimes the ghost of an old fear usually about money will bubble up inside my mother while we’re together and we ride through it like a wave her body stiffens her face clouds she might mutter something about a bill I hold her hand I speak in a calm voice and passes we turn our attention back to the music a line will suddenly leap forward maybe James Taylor singing I always thought I’d see you again and our eyes well up as we sing that line together and there we are just and it’s better .Thank you.

If you like the show, we would appreciate it if you take a few moments to do these three things: subscribe, leave a rating and review, and share this episode with one of your loved ones.