The Future of Truth and Reconciliation | The Walrus
Skip to content 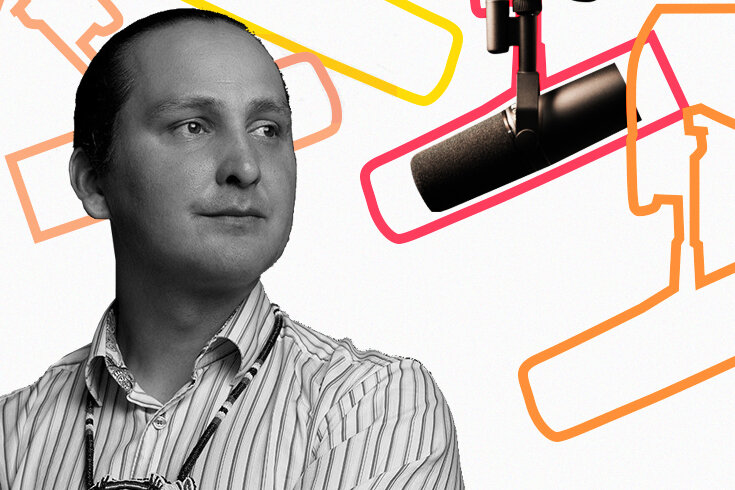 HOST: Generation-Y inherited the truth about the 60s scoop, residential schools and treaties. They did not create them but Indigenous and non-Indigenous Canadians have the responsibility of facing those truths. Many generations of Indigenous Canadians have been living in a sort of horizontal survival mode, because their vertical lineage leads straight back to those truths. Welcome to the conversation piece, this is Chief Cadmus Delorme.

Today in this country, we inherited, inherited a situation. As a First Nations person and as a chief and as a child of parents who attended a residential school, uh, our work is cut out for us as Canadians. Today, we didn’t create the Indian act. We didn’t create residential schools. We didn’t create 60’s scoop, but as Canadians, we inherited that. And when you inherit something, you have a responsibility. In this country, starting in May of 2021, June, last week; we have unmarked graves, validation at former residential schools across this country. There’s two things I have learned as a proud Canadian and as a proud indigenous person; for indigenous people the unmarked graves is validation. Validation of the pain, frustration, anger, and tiredness of trying to remain indigenous in a country that still somewhat oppresses. To my Canadian friends and family, that shield is down. Admitting that I don’t know enough about the truth between indigenous people in Canada.

In order to get the reconciliation, we must first accept and understand the truth. And why did it take unmarked graves at a former residential school for many Canadians to now put down our shield? It’s because of the following; when it comes to truth, we must understand what our education system did in this country to put us in this moment of that gap of truth. I’m gonna take us through generations, the baby boomer generation, our generation in this country where we’re looking after them, they rely on us heavily. What did our baby boomer generation learn about the truth between indigenous people? The truth is, is that our education system never talked about indigenous people. What baby boomer generation learned was through Hollywood movies, the paint on the face, the horseback living in teepee, um, the game Cowboys and Indians. And I just pre-warn you. If we play that game, the Indians usually win when I play, I’m just warning you.

The baby boomer generation. That is what was learnt of the truth. Far from it. Residential schools were at an all time worst. The physical, sexual, mental, abuse was real. The Indian act was implemented at the worst time during the baby boomers. Generation X biggest decision maker generation in this country today, MPs MLA’s, mayors, uh, for profit, non-for-profit. Generation X is the biggest decision makers. What did they learn of the truth? The fact is that generation X learned that the white paper was the best solution in 1969. “Indigenous people, give up your rights! Just be Canadian, move to the cities, get off the reserve!” If anybody thinks that, please you’re wasting your energy. That is not the solution. Generation Y, I’m a generation Y. What did we learn of the truth? We learned that yeah, treaties happened, but somehow you agreed to live on reserve. Somehow you surrendered the land. Somehow residential schools in the Indian were a part of it. Today, our millennial generation and our generation Z are bombarded with the truth. But the reality is, is there’s no ‘Indigenous Studies 100’ class mandatory for Canadians, for the prior generations. That is why it is so important that we must understand and accept the truth. The second part of truth is what happened to indigenous people? Why are indigenous people- We’re not asking for pity. We’re not asking for anybody to feel sorry for us. We’re asking for Canadians to stand beside us and understand that we are healing.

This is what happened. It’s called intergenerational trauma. My great great-grandmother her English name was Gracie born in 1870, never attended a residential school. Gracie got vertical lineage teachings from her mom and grandma. What this country promises every Canadian. my great grandma, Maggie born in 1900, attended the round lake Indian industrial school in 1906. She didn’t get vertical lineage. She went into horizontal survival mode because of Canadian policy and residential school. The physical, sexual, mental, abuse was real. Maggie went into survival mode with her sisters and her cousins. Maggie had my grandmother, Evelyn, second generation in my maternal side. Evelyn should have got vertical lineage teaching like everybody’s promised in this country, but Evelyn didn’t. She went into horizontal survival mode. Evelyn had my mom, Charlotte, third generation. Charlotte should have got vertical lineage teachings. That’s what this country promises. But Charlotte didn’t. Charlotte went into horizontal survival mode. Charlotte had me, I never attended a residential school. My mother had to figure out how to be a mom while trying to figure out her locus of control, on what she just went through and raised children in a country. Today. I have a five year old daughter. My mom and my daughter are inseparable.

What is the end goal of reconciliation? The end goal is the following. Couple week, couple, uh, months ago, my little girl and I were playing outside my house in Saskatchewan, where I live. And there was this plane in the sky. And my five year old daughter said, dad, what is that? Of course, when you tell a five year old, they’re gonna ask why five or six times

HOST: Chief Cadmus Delorme is currently chief of the Cowessess First Nation and he spoke at The Walrus Talks: What’s Next? In Toronto. And he’s just one of the over 800 fantastic Canadians who have walked, wheeled and webcammed onto a stage at the Walrus Talks.