The Stigma of Mainstream Mental Health | The Walrus
Skip to content 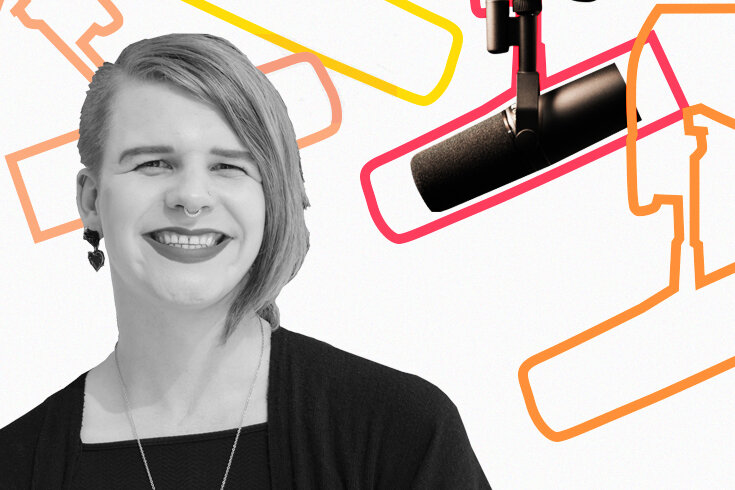 HOST: Between reinforcing stereotypes and stigmatiized ideas, there’s a lot of cultural obstacles when you’re trying to deal with mental health issues. Especially with depression and suicidality. Welcome to The Conversation Piece.

FAE JOHNSTONE: Hello, my name is Fae Johnstone. I use chive pronouns and I am the executive director of Wisdom2Action, an LGBTQ owned and operated consulting firm that specialises in inclusion and works extensively in the world of youth mental health.

I also come to this conversation as a proud trans woman, but also as a white settler, joining from unseated unsurrendered Algonquin UN territory, colonially known as Ottawa.

My work in my life have been dedicated to supporting two LGBTQ communities, addressing gender-based violence and improving mental health and ensuring that our conversations about mental health include and reflect the needs of communities. In particular. I also come into this space as a person with my own lived experience, as someone who, particularly as a young person, struggled with my own mental health, as someone who has survived multiple suicide attempts and who lives with ADHD.

But I also come to this conversation as a person whose mental health is fundamentally shaped by my own experiences and my every day reality as a trans woman, and more generally as a trans or to a LGBTQ person with that in mind, I wanna focus my talk on mental health when it comes to inequity and stigma.

First, when it comes to stigma, I actually find myself to be quite fortunate in most of my mental health related issues. I find that there are ones that are while still stigmatised are still nonetheless, generally at least minimally understood and accepted. That doesn’t mean that we’re not reinforcing stereotypes or reinforcing stigmatised ideas. We most definitely still are, but it does mean that some of our views have shifted that we have a bit of understanding of what the word depression means and of what depression might look like.
However, we don’t have the same understanding around suicide and around the ways in which many of us live with suicidality or the fact that many of us in our world are survivors of suicide attempts, ourselves persistence or stigma around suicide is, but one example, but the gist of it is that while we have some degree of inclusion and acceptance for certain kinds of mental health issues, that acceptance isn’t extended to those issues that present in ways that deviate more significantly from what is considered socially acceptable. We accept that some folks have anxiety, but we judge folks who have panic attack in public spaces or whose anxiety makes it harder for them to make a phone call. We accept the idea of depression until someone is literally unable to get out of bed for days at a time. And unfortunately, those are two of the most widely discussed mental health issues.

And yet we can see that stigma persists. We’ve barely begun tackle the stigma and judgement around issues like borderline personality disorder or bipolar disorder. And that means that when folks are struggling with acute needs or have behaviour related impacts associated with their mental health issues, they are hugely stigmatised. Their issues aren’t conceived of as dis as digestible and their behaviours are often more disruptive, resulting in significant ostracization and isolation. People are okay, knowing that I struggle with depression, but unfortunately they’re not okay knowing with, uh, knowing it. Um, if they actually see it in practise, they want us to talk about it. They don’t wanna actually have to see what that looks like in my world. As a trans woman. I also struggle with how often our conversations about mental health are divorced from conversations about inequity and discrimination. For me, there is a direct causal relationship between my struggles with my mental health and living in a world that continues to shame stigmatise and enact violence against trans women and all twos, LGBTQ+ people.

When I have a really bad day, it’s as much about my depression as the struggle of coping with the latest man who HS a slur in my face, although they just group of men, follow me down the street or joking about my gender, my body, and my trans-ness. When I look at my community, I see two S LGBTQ young folks who are struggling to survive. I see two S LGBTQ young folks who are trying to find housing and support who are ostracised from their families. I be a trans community that has some of the highest rates of poverty in this country, in which 84% of us avoid public space due to fears of public violence in public policy and our mental health advocacy. We can’t divorce oppression from wellbeing. We need policy responses that respond to the unique realities and needs of our communities. We need more to us youth per programmes, more queer employment programmes, better access to trans transition related healthcare.

And we need campaigns to stop harassment. I want vibrant to us LGBTQ community services in every city and every region and every community. Every year, I feel myself becoming hardened against the violence I face. I get angrier at a world that hurts and that I feel powerless to change. I don’t want to become hardened. I want a world where my community doesn’t have to cope with this violence. I want a world where trans kids don’t have to be strong and resilient. I dream of a future where they grow up safe and supported. We can’t talk about mental health without naming this crisis. As a crisis of racism, I, of white supremacy of homophobia and transphobia of ableism and misogyny to bring it to a close self-care is important, but we often make mental health just about self-care self-care is a bandaid at best bandaids are important, but they don’t address root causes. And those causes, but causes of this crisis are they’re oppression.

HOST: Johnstone is the Executive Director of Wisdom2Action and she spoke at The Walrus Talks at Home: Youth Mental Health in 2021 and she is one of just one of the over 800 fantastic Canadians who have wheeled, walked, and web-cammed onto a stage at The Walrus Talks. Our next event is coming up on May 11, The Walrus Talks “What’s Next” in person, in Toronto. Tickets are still available. Head to thewalrus DOT ca SLASH events to find out more.