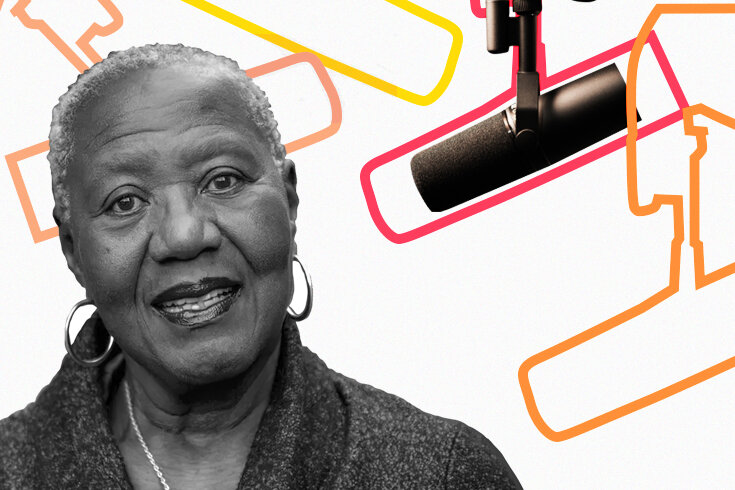 HOST: As Canadian children and their parents are once again confronted with the uncertainty of lockdowns and school closures, the mental health of our youngest community members is of concern. How will this affect them in the short-term? In the long-term? And will this contribute to a new intergenerational trauma?

These questions become even more fraught when you add the lens of diversity and Black youth to the equation.

Welcome to The Conversation Piece. This is Dr. Myrna Lashley, Associate Professor in the Department of Psychiatry at McGill University.

DR. MYRNA LASHLEY: For many years, I worked with youth. I was the one that people called when things went wrong, but which youth are we referring to? I got called for Black youth. So I’m gonna talk to you tonight about Black youth. Primarily we cannot look at the mental health of Black youth without looking at the environment in which they find themselves very often. What happens is that a youth who’s having, let’s say difficulty in school, in high school, in elementary school, they’re often viewed as being older than they really are. They’re viewed that way by society. They’re viewed that way by the police. And yes, indeed. They’re often viewed that by teachers so that in some instances, rather than the youth get into help, they leave for mental health problems.

School often has become a pipeline into the prison system. Teachers very often look at that youth and say, well, that youth is older or bigger. I am afraid. So, they call the police rather than calling in the psychologist or calling in a community centre. They call the police. It becomes a pipeline, Black youth. The mental health of Black youth is often not treated in the same way. We treat the mental health of white youth. That’s not a matter of hating on white people or anything like that. It’s got to do with the white ideology and white ideology has salted into how we, how we do medicine, how we do mental health care. It is all part in parts because these are the people by whom we, and we pass on what we’ve been taught. But we don’t look at the social determinants of health for these kids.

Racism is a major one intergenerational trauma. Let’s talk a little bit about racism. Racism is not victimless. No matter we look at it. It is not a victimless thing. Racism is, as I said, is one of the major social determinants of health. And what do we get? We get people having cardiovascular difficulties, people having addiction, difficulties, violence, anxieties, feelings of loneliness, people of being feelings of being excluded. I don’t know where I am. I don’t know how to fit in. Parents have to have what we, the Black community call the talk with kids. That is to say, we have to take a child who’s 7, 8, 9 years old and say to them, you are different. You are the same as your little friend, Michael, but you are different. You are different because when you go to the store and you buy some candy, for example, you dare not leave that store without that coupon, that receipt saying, look, I have bought this because you live in a society where someone may come and tap you on the shoulder and accuse you of that.

And if you do not have that receipt, you cannot prove that you did not steal. Imagine what that does to the self-esteem of a child. Imagine the burden that that place is on that child. Imagine the embarrassment. Imagine the anxiety you’re there with your friend, your friend, doesn’t have to go through that. Your friend’s mother isn’t or, or father isn’t telling your friend about that, but you have to, and you have to wear the mask. You have to keep pretending that the world is right. That the world is fine. Of course it creates anxiety for that child. And if you, even the therapist, the school psychologist, if they’re not aware or don’t care, or don’t see it as important, the contributions, which the environment brings to the mental health of that child, that child it’s like a ship at sea without a rudder, the child is alone. The child doesn’t know where to turn. The parent will do the best he or she can do to help. But the parent is also going through intergenerational trauma because we know research has shown that if trauma isn’t settled in one generation, it gets carried over into the other. It becomes cumulative. And so I just, I wanna stop there now. And I’m gonna say to you that we cannot look at the mental health of Black kids without looking at the environment, the social environment in which they find themselves. Thank you very much.

HOST: Dr. Myrna Lashley is a Psychologist and Consultant in Equity, Diversity, and Inclusion and she spoke at The Walrus Talks at Home: Youth Mental Health in 2021, and she’s just one of the over 800 fantastic Canadians who have walked and wheeled the stage at The Walrus Talks.

Our next event is coming up in January 2022 – The Walrus Talks INEQUALITY, a discussion about the growing wealth disparity is a crisis at home and abroad. How do we rebuild the global economy so that it serves us all? REGISTER today at thewalrus dot ca slash events.