Giving, Getting, and Glorification | The Walrus
Skip to content 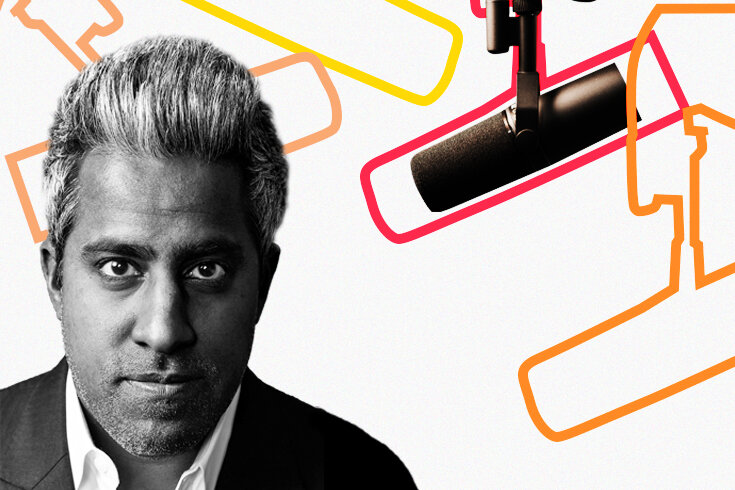 HOST:
Are we equal in our praise for philanthropic acts? When you read news about support for something you believe in, how often do you read about the small acts of kindness? The contributions that may seem tiny when compared to what a sports star or a soft drink company CEO can give, but are significant to the person who gives? Welcome to The Conversation Piece. This is Anand Giridharadas, former Columnist for The New York Times and writer of three bestselling novels.

ANAND GIRIDHARADAS:
Hi, I’m Anand Giridharadas and I’m a writer based in New York. So, a few years ago, about nine years ago, I was invited into a secret society. I got a phone call late at night, maybe 11 at night, too late to call anybody. But here how the secret societies work, if you’re not in one. I got this call inviting me to be part of the Aspen Institute in a fellowship. And the idea was that if you were young-ish, as a young leaders programme, you were under 40, they thought maybe you were kind of person who could make change in the world. Uh, you should, you should join this fellowship.

The fellowship was actually mostly for business people, and I’m not a business person. In fact, I work in the worst business on Earth, which is
writing. That said, I got this call because fellowships 20 business people in a room could be a little bit tedious as you understand if you’ve
ever been in a business meeting. So I was drawn into this thing. They invited me to join us kind of the, you know, the Indian spice in the, in the mix. I said, yes, and I joined this fellowship and the purpose of the fellowship was changed the world. And, and, and, and, and to kind of do some readings as a group and, and, and commune together and share with each other to try to move as, as one of our teachers called it from success to significance, the idea was, you’ve done some things in the world. You gotta, you gotta be more significant. You gotta play on paint on a bigger canvas. You gotta do more for the big problems of our age. So I was in this thing and it was a lovely experience, very nice people, but as I got deeper into this secret society benign, sign up tonight, I shouldn’t, I shouldn’t actually say, but I’ve been benevolent,
uh, open, secret society of the Aspen Institute.

I started to notice a strange thing about this community that was talking about changing the world. That actually I realised also applies to a lot of communities that talk about changing the world, which is that when we had these larger get togethers up this fellowship, not just the 20 people, but the, you know, hundreds of people who’d been through this programme in the past, or had been through different countries, clones of this programme, that when we got together, a lot of the people I was in the room with, uh, had flown in to Aspen, which is very beautiful, had flown into Aspen from helping to cause a lot of the problems that they then flew to Aspen to help solve, uh, to give some examples. There were people in this group who, you know, came to Aspen to talk about how do we make tech work for all beautiful question. Absolutely splendid question. Some of those people had just flown in from helping to make Silicon Valley monopolies as top people in those companies, more entrenched in their power, more connected, and frankly, more immune from any kind of regulation of their enabling of this information. So selling chaos in democracy, spreading hate, uh, or there were, you know, folks talking about how do we, how do we have health in America?
What does, what a wonderful question, truly beautiful question.

It did dawn on me that some of those people were, you know, CEOs of the biggest soft drink manufacturers in America. So their day job was really to just shorten people’s lives, but then they flew to Aspen to talk about making them longer. Um, there were people in the group who, you know, worked for the biggest banks in the world, Goldman Sachs and others, and there, they were beautiful, beautiful questions asking it,
Asked by them and Aspen, how do we, how do we empower, uh, you know, African-American communities too, to have more homeownership? Wow, what a absolutely marvellous question. Uh, the issue is some of those people had been involved in institutions that had done everything in their power and the subprime crisis and everything it led to, to, to tank the world economy for those people.

And so not only were the people I was in the room with starting to become a little questionable to me, this notion of changing the world, but a lot of the rooms themselves were questionable. One of the rooms was named after Booz Allen Hamilton, military contractor. Another of the buildings that we were in, in fact, that room was in a building called the Coke seminar building named not after the beverage, which is problematic, but after the brothers, which are not just doubly, but I would say squared Problematic. And so I began to wonder what happens when some of the,

The wealthiest, most powerful people in the world appoint themselves the changers of the way world, what what’s going on? And I think what began to dawn on me was that this way of talking about changing the world that was happening in this community then happens in many communities. The proffering of a kind of fake change by folks like these creates a screen behind which those same people, um, can not only change or not a tone properly for what they have done, but actually continue. Can you doing it? And so that was a difficult realisation and something that started to grate on me, I raised my voice about it in different modes.

But the moment that I decided to, to actually do something about it was when they asked me to give a talk, uh, in one of our annual reunions, this was not unusual. Actually. We had a kind of ethic of not having outside speakers. Everybody gave a talk at a different moment or sat on a panel or moderated something or played a song or showed their movie. It was my turn. They asked me to give a talk about a book I’d written about forgiveness, and I got up there and I did not give that talk. Um, I told them, I’d give the talk, but I said, it’d be a little different. It was very different. And I got up there and I basically decided to give a talk about what happens when you think you’re making change. You think
you’re solving the world’s problems, but in fact, you are the world’s problems.

Winners take all the elite charade of changing the world. Um, and I wrote it because I think before we can actually change the world, we have to clear the brush off that is getting in the way of so much real change. Thank you.

HOST:
HOST: Giridharadas spoke at The Walrus Talks at Home at the Broadbent Institute’s 2020 Progress Gala in November, and he’s just one of the over 800 fantastic Canadians who have walked and wheeled the stage at The Walrus Talks. If you enjoyed this episode of The Conversation Piece, we’d appreciate a small act of kindness that means a lot – leave us a starred review on Apple iTunes.