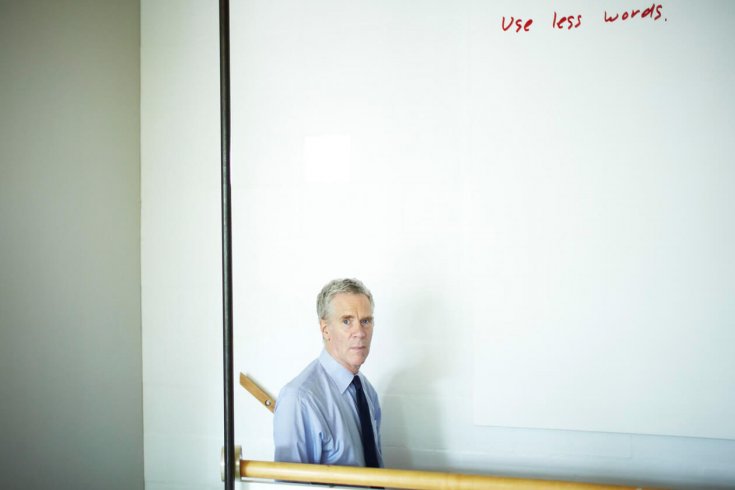 Stuart was a great hypochondriac. It was his signature; something we all had a laugh about.

I had been sending him e-mails, hoping to draw him into a project I was working on. I thought he was “being Stuart” by withdrawing, and that challenging him to take the stage again would take his mind off the challenge of his melanoma treatment. No answer. Send again. No answer.

I had no idea how bad it was. Like another friend in another time, Stuart went to ground, perhaps not wishing his friends to see him diminished by illness, but offering no chance for them to express appreciation for a life well lived or to say a grateful goodbye. I’ve lost friends before, but it’s still hard not to have the chance to take leave in a proper way.

I had a lot of laughs with Stuart, from New Year’s Eve at Peter Gzowski and Gill Howard’s place at Jackson’s Point, to being on the road in that wacky Vinyl Café tour bus with John Sheard, Dennis Pendrith, Jess Milton, and Don Jones. Stuart had a great respect for his audience and a strong vision about what he did, and wasn’t above butting heads with me to make sure that what went on stage was consistent with his ideals. I had a genuine respect for that kind of integrity.

It’s hard to see the great voices of my generation fall by the wayside. As the saying goes, “They don’t make ’em like that anymore.” They are signature people, uniquely themselves and cut from the rough cloth that is our country. Stuart is one of those voices in his humble, self-effacing, terrifically oddball way.

Stuart was a friend—family in fact, in the broader sense of the word. Murray and I came to know Stuart through Peter Gzowski. We would typically spend New Year’s Eve together at Gzowski and Gill Howard’s place on Lake Simcoe with scrabble and champagne.

One New Year’s Eve, there was a spirited discussion about words. Specifically, Canadian words. What was the more correct Canadian word, asked Peter: “railway” or “railroad”? Stuart ran to the bookshelf to get a dictionary and argued that “railway” was correct—it was British in origin and described the rails themselves. Murray turned to song and recited Gordon Lightfoot lyrics. “There was a time in this fair land when the railroad did not run.” Turns out, Stuart was correct. CPR was after all, the Canada Pacific Railway.

Could Stuart McLean have actually been more Canadian than Lightfoot, McLauchlan, and Gzowski combined? Perhaps in that one moment. Stuart loved this country. His ability to trap us in our cars telling simple, folksy stories was as fine and true as those rails—meeting his aim to takes us to “where laughter meets tears.”

Listening to The Vinyl Café on CBC Radio was connective tissue. Stuart was a loving, beguiling, sentimental craftsman—a tad corny at times, but hey, so are we. When I arrived at the public broadcaster, Stuart was one of the first ones through the door. “You’ve got a tough road,” he said, “but I’m glad you’re here.” That was big. The Vinyl Café was one of the highest rated shows on the service, no matter how many times it repeated. Through stories, music, and laughter, Stuart got to the heart of things.

His death took many of us by surprise. Stuart was upbeat about his melanoma, and so we checked in on occasion, and didn’t worry too much. If it was that bad, surely he would tell us. He was after all, a chronic hypochondriac. But no. He didn’t want his friends or his fans to think it was as serious as it was.

Thank you, Stuart. We’re grateful for all that you’ve shared with us, and through that, what we’ve shared with each other. Please rest easy and say hi to Peter Gzowski. Hope you find some good stories to keep you laughing. Love you.

Head of publicity for the Stratford Festival

I had two outstanding professors in my university career. Stuart McLean was one of them. I will never forget our very first class with him—his first or second year teaching at Ryerson. He told us a story about his first foray into TV. When he asked for tips, someone told him, “Don’t forget the cutaways.” He didn’t really know what that meant, he claimed, but on his first shoot day he announced to the crew, “We’re going to start with the cutaways!” Upon which everyone looked at him strangely and began shooting clocks and chairs.

Whenever I think of Stuart, the words “I’m standing here in the middle of the Ryerson skating rink” float through my mind. I don’t remember if I was actually doing a story from the middle of the Ryerson skating rink or if I was just sending Stuart up one day, but whichever it was, it reminds me of his incredible ability to set the scene. He did it as a journalist, a columnist, and as a writer. Few were better at it than he.

Stuart also had a way of attracting a story. I’ve called it luck, but I think it had more to do with the fact that he talked to everybody. He and I had one of those amazing story connections at a student party at Ryerson. I saw him enter the room and look a bit awkward so I walked over to chat. “I want to do a story on rubber boots,” he said to me. “Do you know anything about rubber boots?” To which I responded, “Yes, my great-great-grandfather was brought to Canada to cut the very first rubber boot in Canada for the Gutta Percha Rubber Company.” He got his story. I don’t know whether he ever didn’t.

Stuart and I got to spend one last day together not all that long ago. We reconnected at a charity event and arranged to meet in Stratford. We started with drinks outside at Foster’s and talked without pause. And then we moved on to Rundles, where we reminisced well into the night. Neither of us knew it would be our last meeting, but we couldn’t have spent the time better had we known.

I didn’t become the sort of journalist he and I thought I would. Life has a way of taking its own path. But Stuart gave me confidence and friendship. And If I had been the kind of journalist I’d wanted, it would have been very much like him.