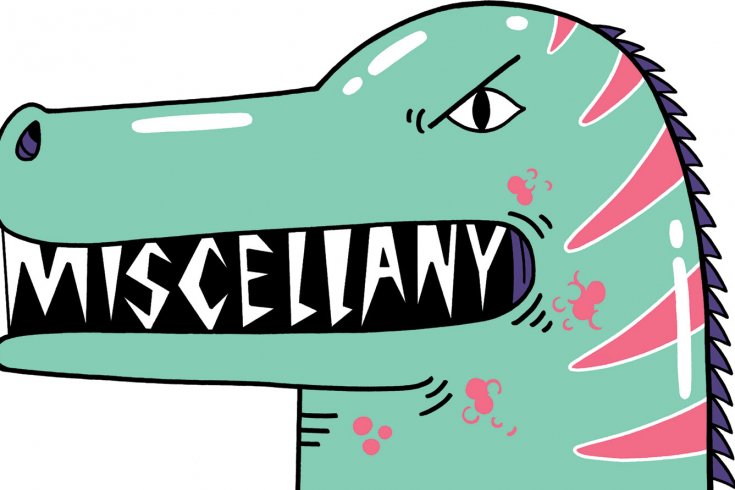 As this magazine hits the stands, hundreds of Canadian monitors will be returning from Ukraine, after observing the May 25 presidential election. While we do not yet know which candidate will win, it is already clear that the country itself has lost. Even before Russia intervened, the fundamental agreement that once kept the eastern European country together broke down, resulting in the worst crisis the continent has seen since the civil war in Yugoslavia.

Geographically and culturally wedged between Russia and the European Union, Ukraine has suffered a profound identity crisis over the past six months. After its autocratic president, Viktor Yanukovych, was ousted in February and replaced by an interim government of mostly pro-Ukrainians from the West, Moscow annexed the predominantly Russian region of Crimea in the South. Pro-Russian demonstrators and armed “green men” have since overrun major cities in the East; half of the population in the southeast refuses to recognize the leadership in Kyiv (the Ukrainian transliteration is gradually replacing the Russian “Kiev”).

Things were not always this bad. Like Canada, Ukraine struggles to stitch together disparate cultures and linguistic groups. The South and the East, which joined the Russian empire in the seventeenth and eighteenth centuries, are dominated by Russian speakers who have traditionally opposed NATO expansion and EU integration. Combined, they encompass about half of the country’s 44 million people and form its industrial centre. By contrast, western Ukraine, which joined the Soviet Union after World War II, is marked by Ukrainian speakers with a strong commitment to both Ukrainian national identity and integration with Europe. With only 20 percent of the population, the West is much more rural and poor. After the Soviet collapse, many observers expected linguistic and cultural divisions to spark a Yugoslav-style civil war. Instead, regional representatives reached an informal accommodation, known as the “pact with the devil.”

In the early ’90s, nationalist dissidents from the West were too weak to gain power on their own, and were forced to work with the old nomenklatura, or Soviet elite. The strange bedfellows co-operated in part because industrial oligarchs preferred to dominate an independent Ukraine rather than be gobbled up by the Kremlin. Despite their avowed support for Russian identity, they prioritized making money and protecting property above all else. Ultimately, eastern interests gained a clear stake in the central government and supported independence; while Ukrainophiles aligned with the nomenklatura, in exchange for minimal state support of Ukrainian culture, national symbols, and language. Both groups avoided the more extremist ethnic nationalism that pervaded neighbouring countries.

So what destroyed the modus vivendi that kept peace for a quarter century? The answer lies not just with Russia’s bellicose president, Vladimir Putin, but with the rise and fall of Ukraine’s powerful political party, the Party of Regions. Founded in 1997, it is based in the hardbitten oblast of Donetsk, then in the midst of violent mafia wars, as factions battled for control of its valuable coal and metal industries.

Dotted with neoclassical Stalinist architecture and imposing slag heaps, the region was beset by strikes in the early ’90s, and it helped to bring down the Soviet Union in 1991 and toppled Ukraine’s first president in 1994. By the end of the decade, Yanukovych, who had been charged with robbery and assault as a teenager, emerged from the coal sector to rise through the provincial ranks. The thuggish leader became governor in 1997, and two years later he helped to engineer a long-shot victory in Donetsk for corruption-plagued president Leonid Kuchma. Firmly in control of the wealthy oblast, Yanukovych became prime minister in 2002 and was named Kuchma’s heir apparent in 2004. After Yanukovych tried to steal the election that year, he lost the bitterly fought Orange Revolution; despite this humiliation, his Party of Regions rapidly monopolized power in the East and the South. Six years later, he claimed the presidency, winning relatively free and fair elections. With a well-oiled political machine, valuable industrial resources, and solid support in half of the country, Yanukovych seemed hard to beat.

Yet beaten he was. Last year, he indicated that he would sign an Association Agreement with the EU, but under pressure from Putin he reversed course in late November. Protests erupted in central and western Ukraine. Then in February, in broad daylight, government snipers opened fire on crowds in the centre of the capital. High-profile party members immediately distanced themselves—among them the mayor of Kyiv, who resigned, exclaiming, “No power is worth human sacrifice.” Mostly, they feared the Western sanctions that would come down if they condoned the president’s actions.

The Party of Regions denounced Yanukovych—who fled to Russia—but it was left leaderless, lost almost half of its seats in parliament, and saw its public support bottom out. For the first time since independence, the East lacked a legitimate political force that could rebuff Russian incursions. The volatile situation was made worse by the new government’s failure to include any major pro-Russian figures. Tensions would have been manageable absent Moscow’s brazen efforts to stoke civil war, but the opening for intervention came from within Ukraine itself. The devil’s pact collapsed—sowing the seeds of separatism and chaos.

Russia is not, as many argue, inherently expansionist. After all, former president Boris Yeltsin watched as post-Soviet Moscow lost control over vast territories, which facilitated Ukraine’s Faustian bargain in the first place. The challenge now, with a much more aggressive Russian leader in power, is to somehow rebuild the old pact, to give key interests in the East a stake in Ukraine’s future as an independent, united state.

The foundation for that state remains: most of the local population wants to stay in Ukraine, and eastern oligarchs have openly supported keeping it intact, comparing Donetsk’s secession to tossing the oblast “from a tenth-floor window.” Still, the Party of Regions, which once ruled with a firm hand, is in disarray and has shown little ability or inclination to fix the situation. Even if the oligarchs prefer independence, they are more desperate to end up on the winning side. With Putin throwing his weight around, they are unlikely to stick their necks out to save Ukraine.

This could be Canada’s moment. We know how to reconcile competing cultural claims, and we have a sizable Ukrainian population that would lend the political will for serious, extended involvement in the region. Yet Stephen Harper and his G7 colleagues must do more than grandstand against Russia. They must walk the fine line of condemning Moscow’s behaviour while recognizing the long-standing, legitimate interests of pro-Russian groups within Ukraine. Whatever the international community does, and whatever the outcome of the May presidential election, it will not be easy to put the genie back in the bottle.

Lucan Way is a ­political science professor at the ­University of ­Toronto. His second book, Pluralism by Default: Weak Autocrats and the Rise of ­Competitive Politics, is forthcoming.
Sam Island